Take command of one of the last shelters in the new world! Bring the survivors together and lead them, train people, and assign duties ­­- there’s always a job for everyone! Build and strengthen your base, and make it impregnable!
Warriors must be alert, and their weapons at the ready. Items and supplies found in abandoned warehouses will be useful in battles against hordes of zombies and their master.

Take command, sir, and save humans!
Here are some features you get in the game:

• Refuge construction management.
Build and upgrade rooms to create an impregnable shelter. Workers are already there. Give the order to start building now! Prepare your shelter for defense by building a variety of defensive structures. Decide which defense combination will be most effective!

• Dwellers developing.
In these dark times, every survivor counts, and everyone will have something to do! Teach your people new skills, upgrade, and let them show you what they have learned in practice!

• Choice of equipment.
Create effective weapons and equipment, arm and dress your squad!

• Multiplayer, PVP.
We are not the only survivors, but only the strongest survive the apocalypse, right? Create a mighty, invincible squad to dominate your enemies in arena's tournament or attacks on other shelters. Show the others who's running the show in the open confrontation!

• Story-driven campaign.
Lead your squad through all the trials of the new world and survive using the whole arsenal available! There are hundreds of battles with hordes of zombies and mutant fanatics ahead of your brave fighters.

Set in a post-apocalyptic environment, spiced with an atmosphere of danger and featuring high-quality HD graphics, this rpg game will leave no one unimpressed.

Brought to you by MY.GAMES

Need help? Use our Zero City: Zombie Survival Walkthrough page or sign up and make your contribution today.

Zero City: Zombie Survival is a free-to-play simulation game developed by BEINGAME LIMITED and released in July 2019. You can download the app on iOS 11.0 and later on the following devices: iPhone 13 Pro Max, 12 Pro, X, SE, iPhone 8, 7, iPad Pro, and iPad Mini.

- The game will feature a new event! Get ready for the Retro Stash Raid with a variety of unique rewards - Two new sets will become available. The Arena Store will offer materials and cores for them - A NEW slot, the field kit, will be added for equipping units - A new monthly event in the Arena, the Raiders League, will be available on September 1 - A new monthly event, the Fishing Contest, will be available on September 1 - Some in-game bugs were fixed

You can quickly download Zero City: Zombie Survival iPhone/iPad and Android app by clicking the download buttons or scanning the QR code below. 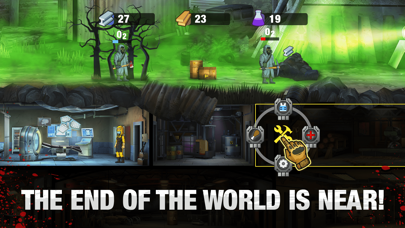 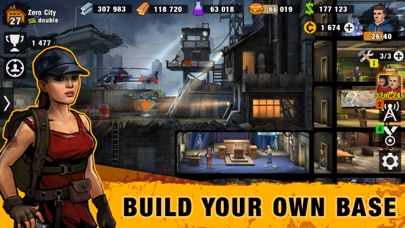 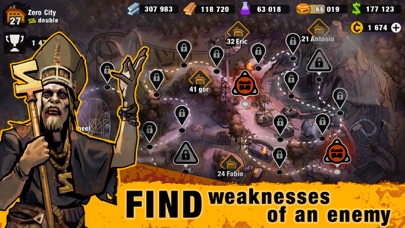 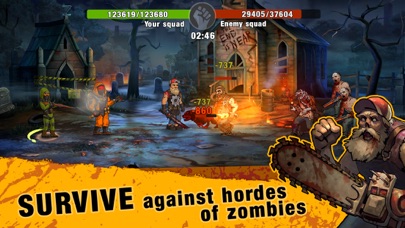 Review: Needs Two Gyms or Hours reduced
The game is good but it needs to have Two gyms or Two extra spaces in the gym and even...

Review: So far, so good
Very good game, but feel like the Devs have their hand in my pocket

Review: Fair and fun
First off, they don’t spam adds, it’s not pay to win in fact I would advise not to...

Review: Good
It’s a nice survival game I like it a lot

Review: Great Game!
This game is honestly my favorite by far it’s so addicting and there is this one problem though, it’...