Dribble, shoot, jump and tackle your way to football glory with the 442oons Football Runner!
Can you prove yourself to be the GOAT?

Can you defeat the army of bad guy footballers looking to go full-Ramos and take you out?

Can you go full-Spurs and avoid the flying trophies?

Unlock all 5 characters across 5 skill levels in this hypercasual game that will have you hooked trying to beat your best score!

“Almost as much fun as ironing” James from Liverpool*

“Completed it” Jay from that TV show*

“Not as good as my aftershave” Cristiano from Turin*


The 442oons football runner is a free-to-play game that all fans of the Youtube Channel 442oons will recognize from the start. Avoid all sorts of familiar objects and opponents or try to beat them for extra points. Try to get as many points as you can and submit your score to the global leaderboard and become a legendary 442oons runner! Unlock new characters, levels and enemies, beat bosses and don’t forget to maximize your score among the way!

So what are you waiting for? Download the app and let’s go!

EVERYTHING IN THIS APP IS A PARODY. All characters and imagery and fictional.

Need help? Use our 442oons Football Runner Walkthrough page or sign up and make your contribution today.

442oons Football Runner is a free-to-play sports game developed by Dean Stobbart and released in April 2019. You can download the app on iOS 10.0 and later on the following devices: iPhone 13 Pro Max, 12 Pro, X, SE, iPhone 8, 7, iPad Pro, and iPad Mini.

Based on your replies, comments and suggestions, we introduce.. new unlockable characters! Furthermore several performance fixes. Thanks a lot for the positive feedback and enjoy the game!

You can quickly download 442oons Football Runner iPhone/iPad and Android app by clicking the download buttons or scanning the QR code below. 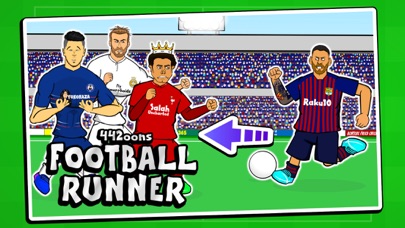 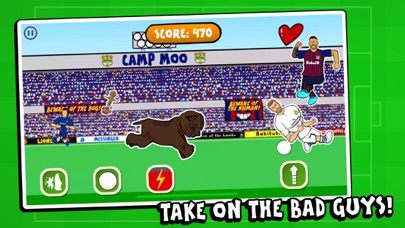 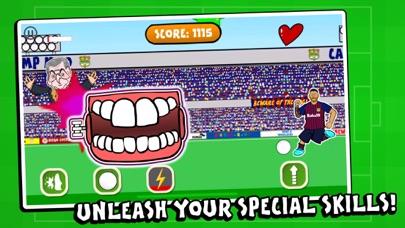 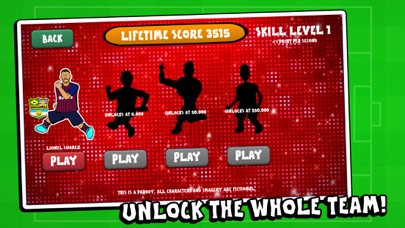 Review: Nice work dean.
442oons best soccer channel ever but sometimes this game lags and exits me out. Awesome game tho.

Review: Tiny bit of bugs
I just want to say when I was playing as Mohamed Milner I took out Sergio Bale man that must...

Review: Football runner app
It is the best game in the world

Review: Crash
You really need to fix this every time the game starts it always crashes please fix this Dean

Review: Needs Changes
I love this game so much but it kinda gets boring after you finish unlocking all the characters can you...