Patrol the city streets in fast police cop cars to help city civilians from tough crime bosses, low-level thugs, small-time crooks in the latest FPS police car driving simulator game. Take on the role as the latest police officer recruit and go on high-risk missions to pursue & arrest criminals, it’s police vs robbers in all-new action driving gameplay! Call and respond to save the city, uphold your duty as a police officer.
!! Police Simulator Cop Car Duty is one of the best open world driving simulators !!

Explore the huge open city and the surrounding world filled with miles of road to drive along in real police cars. Go on foot and explore the city streets looking for criminals committing crimes in the exciting open world action game. Be on the lookout for stolen cash bags in the world, find all the hidden collectibles to earn new upgrades and police cars!

Upgrade, unlock, and equip your police gear with a whole arsenal full of amazing weapons. Take on the criminal robbers with Desert Eagles, M16, hand grenades, mini-guns, and a whole load more! Complete police missions rise up the ranks; build up your own collection of police cars from a wide selection of city cars, offroad 4x4 trucks, SUVs, and fast cop car interceptors.

Dive right into non-stop police action of the cop car driving. Take on the cop duty missions any time with callouts through the police radio, blast the police sirens and get over to the scene of the crime to carry out real cop action. Not your style of police work? Decline the radio call, head out and explore the city and surrounding world on foot or ride along in your police patrol vehicle. Do whatever it takes to be one of the best police officers!

Gear up and protect your health as well as your car’s damage, look out for pit stops and hospitals in the city for car repairs and fuel, and first aid kits to help keep you in the line of duty.

Need help? Use our Police Simulator Cop Car Duty Walkthrough page or sign up and make your contribution today.

Police Simulator Cop Car Duty is a free-to-play, simulation and action game developed by freeonlinegames.com and released in April 2019. You can download the app on iOS 10.0 and later on the following devices: iPhone 13 Pro Max, 12 Pro, X, SE, iPhone 8, 7, iPad Pro, and iPad Mini.

- Added an all new helicopter vehicle for players to fly around the city with! - The helicopter is free for all players becoming available 24 hours after first playing Cop Duty! - Improved fall damage and momentum when falling from high places - Minor fixes with UI appearing strangely under certain circumstances - Improvements to game launch load time

You can quickly download Police Simulator Cop Car Duty iPhone/iPad and Android app by clicking the download buttons or scanning the QR code below. 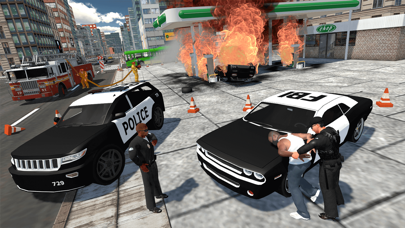 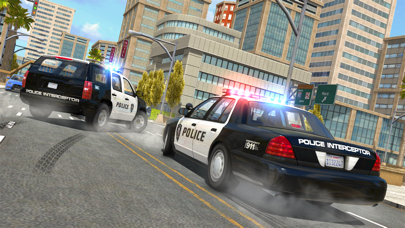 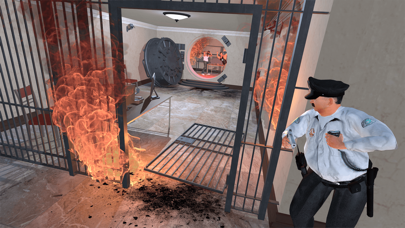 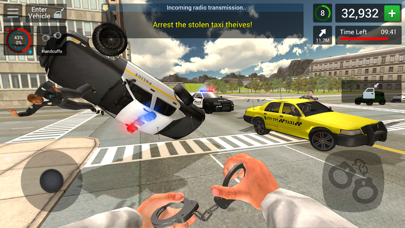 Review: To many ads
When you finish a mission there is an ad and when you refill gas there is a ad and when...

Review: Losers
It is the best game in the world I got like 10 of these games I play 24 seven and I am...

Review: Bikes motorcycles and atvs
Guys please I really want to use those it’s taking forever Also can we have a sea mission with...

Review: Good
I really like it but I really want you to hurry up on the ATVs and motorcycles update

Review: Really good but needs work
Really good game i love it!! but it needs more realistic light bar effects and other lights like tail lights...