Unleash the power of a god!

Experience fast action and strategic gameplay as you unleash incredible magic against the hordes of Chaos! Collect dozens of spells and discover the unique ways they interact with each other. Choose the path of good or evil by saving or destroying mankind, appease the greater gods to unlock challenges, collect powerful champions to fight with you in battle, customize your god, play with other players in large scale cooperative campaigns, and so much more!

FEATURES
• Drag and drop spells on to the battlefield to unleash devastating magic
• SINGLE PLAYER: Progress through a campaign with unique monsters, bosses, locations, and more
• MULTIPLAYER: Join other players in group multiplayer if you choose, and battle together towards a common goal as you defend against large scale invasions
• Discover how spells interact with each other - electrify water, burn trees, water plants, and more
• Play as good, evil, or both, by saving or destroying mankind
• Appease different gods and embark down several unique challenge paths
• Collect a variety of powerful champions that fight alongside you in battle; from a noble king, to an armored bear, to a giant skeleton warrior, and many more
• Customize your god with clothes, armor, god gifts, mutations, and more
• Play against a variety of powerful enemy types, creating deep, strategic gameplay
• Collect worshippers and earn powerful rewards as your god grows in fame
• Immerse yourself in a unique world with interesting characters
• Beautiful graphics & over the top effects

Need help? Use our Game of Gods Walkthrough page or sign up and make your contribution today.

Game of Gods is a free-to-play, strategy and action game developed by Foursaken Media and released in March 2019. You can download the app on iOS 10.0 and later on the following devices: iPhone 13 Pro Max, 12 Pro, X, SE, iPhone 8, 7, iPad Pro, and iPad Mini.

You can quickly download Game of Gods iPhone/iPad and Android app by clicking the download buttons or scanning the QR code below. 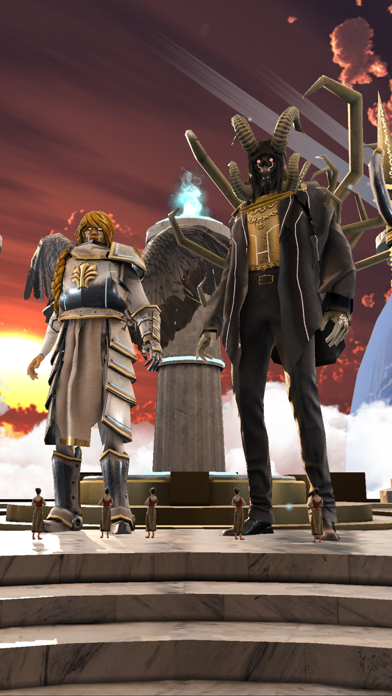 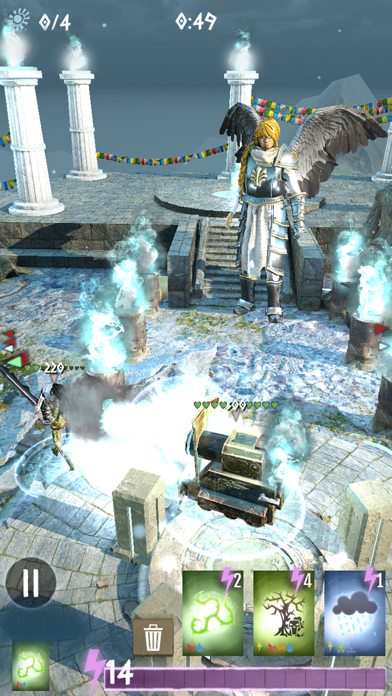 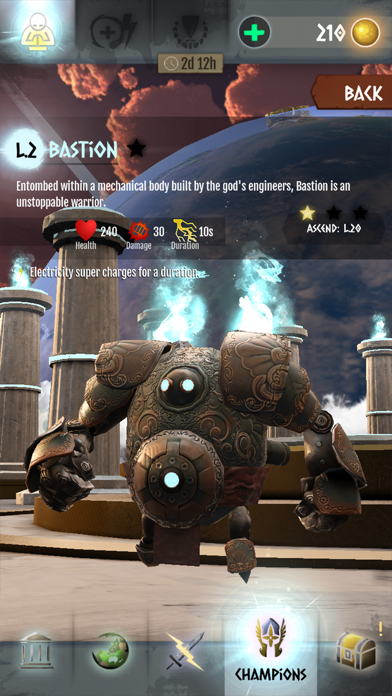 Review: Ugh
IT IS SO ANNOYING WHEN THE HUMANS BOMBARD YOU AND YOU THEN THE MONSTERS OUTNUMBER YOU AND I HATE IT...

Review: Devs
This is an amazing game but I wish it could be updated more frequently, to let us know the devs...

Review: It’s nice to see how big the game has gotten
It’s weird to be the first player of a game that is now pretty popular for the record I...

Review: Love this game
Combos are fun, games smooth, although I wish they would keep releasing updates, it’s been a while

$2.99
Create a new price alert for Game of Gods