Prey Day - online survival game which takes place in the huge city of Harbortown. An unknown virus destroyed a large part of the population, leaving only a handful of survivors. Most of the inhabitants turned into zombies or mutated under the influence of the virus. Among the labyrinth of empty streets, the survivors fortify camps to resist zombie hordes and sneak outside to find relatives and discover the cause of the infection.
You are one of the few survivors whose destiny is directly related to these events. Deal with hunger and thirst, look for the survivors' camps, build your own shelter from the gathered materials. Investigate the causes of infection by completing the quests. Explore into the darkest corners of the City to craft unique armor and weapons. Build vehicles that will grant access to hard-to-reach areas.

Enter into confrontation with other survivors, greedy for the loot you carry. Unite with other players in online zones to fight back zombies and other players hiding in the streets hunting for easy prey. Gather your friends to go together to the most dangerous parts of the City.


HUGE ONLINE WORLD
The world of Prey Day is a whole city, destroyed by a wave of infection. It is populated by other survivors - the real players. You can communicate with any player you meet, join them in a group or fight against them to take their loot.

CLANS
Unite with other players in a powerful clan, opening access to clan locations, where you will find rare items and unlock new craft. Together with your clan you can clean an abandoned military bunker from monsters, establish a clan base in it, and start real military actions on the streets.

CRAFT
You can craft new weapons and equipment from various items collected on your journey. Crafting skills will allow you to build your own shelter and protect it from other players with traps!

ADVENTURE
By completing quests or simply exploring Harbortown, you will plunge into a whole series of adventures, going down to the city subway, traveling to the mountains and national parks on the edge of the city.

RPG AND SURVIVAL
Prey Day is difficult to survive - it's a dangerous world full of players who may have different goals and methods of survival. Communicate, unite, oppose and destroy competitors - in the best traditions of MMO and RPG games!

Need help? Use our Prey Day: Survival Walkthrough page or sign up and make your contribution today.

Prey Day: Survival is a free-to-play, action and adventure game developed by AppLife and released in October 2018. You can download the app on iOS 11.0 and later on the following devices: iPhone 13 Pro Max, 12 Pro, X, SE, iPhone 8, 7, iPad Pro, and iPad Mini.

You can quickly download Prey Day: Survival iPhone/iPad and Android app by clicking the download buttons or scanning the QR code below. 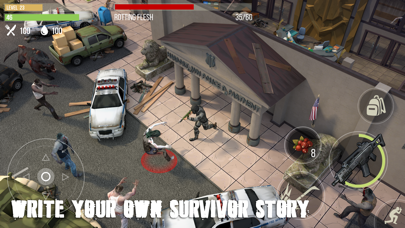 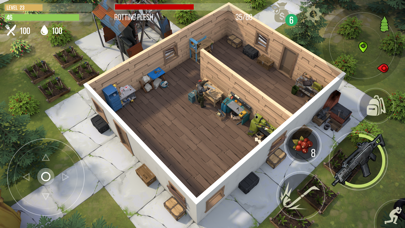 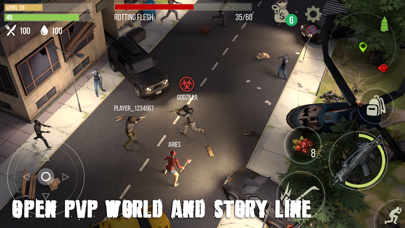 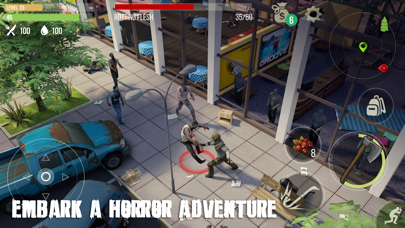 Review: Best
This game is literally 5/5 it’s like another Version of last Day on earth but multiplayer.

Review: Major bugs
Hello the game is fun but when I purchased a weapon it said the purchase was good but then I...

Review: Bought in game items, but never received them.
Would love to know if i could get my items i purchased or a refund. Thank you and overall a...

Review: Please help me
I have a few problems but I’m trapped in my base place because it says I need to make...

Review: Simply Amazing
The best survival game in the market by far. I wish I could write a more detailed review but I...