JUST WHAT HAVE YOU BEEN TRAINING YOUR BRAIN FOR?
"It's a fun challenge to do in your spare time. I know I'll be playing this game over and over." - wired.com

"If you're going to train your brain using an iPhone game, you're in good hands with Mensa." - The Sunday Times (4/5)


The official American Mensa Brain Test is now available on iPhone and iPod touch. The worldwide organization for people with an IQ in the top two percent invites you to take the definitive brain test.

American Mensa Brain Test provides genuine Mensa questions of the variety used in official Mensa tests. Dozens and dozens of different questions ensure that every test you take is unique.

TRAINING MODE
Prepare yourself with 5 practice questions as a warm up for the big test. Then see the correct answers with explanations of how they were arrived at.

LOG YOUR SCORE
Gauge your improvement with a local score table and compare your results with the world on the Game Center global leaderboards. (Results aren't uploaded automatically, in case you don't want to share them!)


WANT TO FIND OUT MORE ABOUT JOINING MENSA?

Are you in the top two percent?

Mensa is a worldwide organization for people with IQs in the top two percent. You may take an admissions test from a certified proctor to find out if you qualify for membership. Tests and results are scored by Mensa and kept confidential.

Visit www.us.mensa.org to find out where and how to test.

We also accept about 200 different standardized intelligence tests for membership. A score in the top 2% on one of these tests will qualify you for membership without having to take the Mensa Admission Test.

Mensa Brain Test is an application developed by Barnstorm Games and released on iOS. The app is compatible with iOS 6.0 or later on the following devices: iPhone 11 Pro, X, Xs, SE, iPhone 8, 7, 6, iPad Pro and iPad Mini. 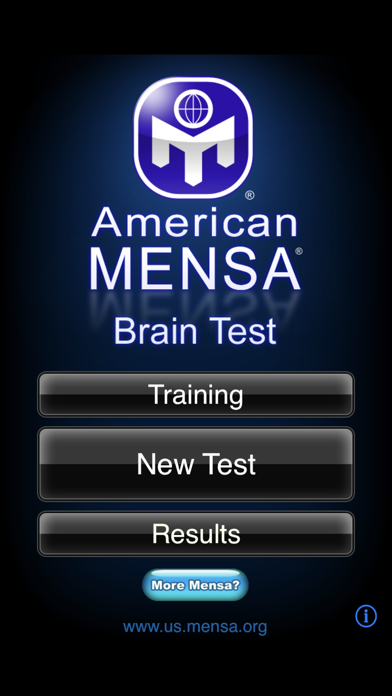 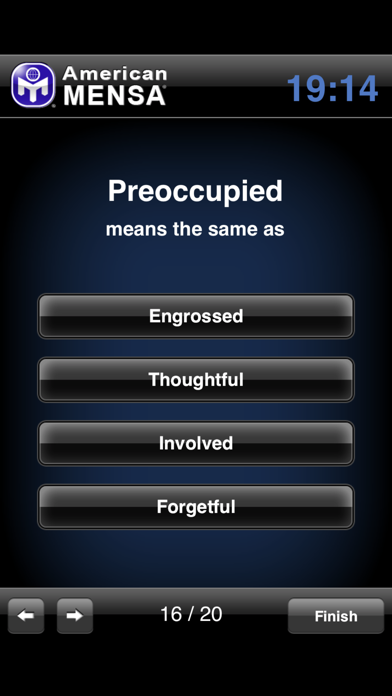 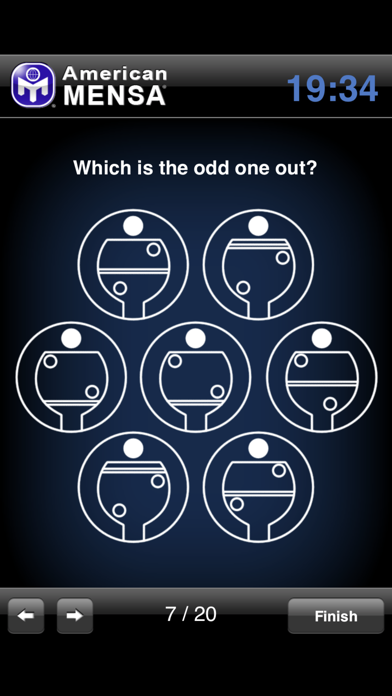 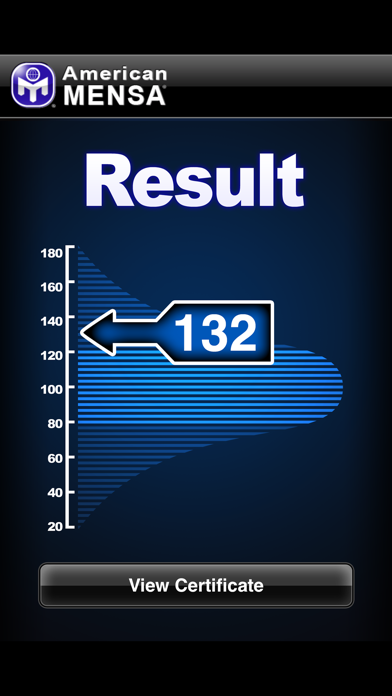 Review: 'The point of it' 'I actually like the fact that the correct solutions are not shown or explained or even indicated in your answers....

Review: 'Brain games.' 'I really enjoy the tests but wish you would show the correct answers after the tests and explain them so...

Review: 'I wish they have option for culture fair test' 'As a none English native speaker I found it’s difficult to answer vocabulary questions. I know Mensa USA has...