"...Polarbit, in partnership with Activision, have pulled the rabbit out of the hat and produced a near perfect racer." - TouchGen.com
This sequel to the popular, CRASH BANDICOOT NITRO KART 3D combines the same zany gameplay with a new adventure and multiplayer action. Fans can race as Crash or one of nine other characters on 12 unique tracks for a wild ride as they gather power-ups and a multitude of weapons to slow down opponents. Friends can also challenge each other in the all new multiplayer mode. Four players can race against each other, over the internet, in three different modes.

Need help? Use our Crash Bandicoot Nitro Kart 2 Walkthrough page or sign up and make your contribution today.

PLEASE DOWNLOAD THE NEW UPDATE BASED ON USER FEEDBACK - Increased stability by fixing crashes on certain iPhone and iPod Touch devices. Thank you for your support.

Crash Bandicoot Nitro Kart 2 is a racing game developed by Activision Publishing, Inc, and is available for download on both iOS and Android devices. The app is compatible with iOS 2.1 or later on the following devices: iPhone 6, iPad Air and iPad Mini. 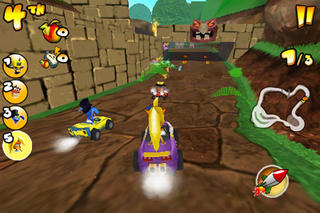 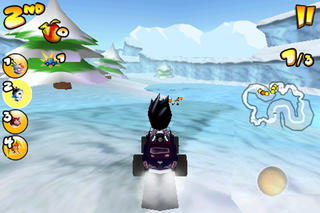 Review: Needs to be updated Needs an update so I can play on my phone!

Review: Excuse me Any way I can get my money back or an update for iOS 11. Just bought this game and it was...

Review: Good but game doesn't save Very good game but progress doesn't save. It starts all over when u close and open the app again. Not...