Take stunning 360 panoramas everywhere. 360 Panorama turns your iPhone, iPod Touch, or iPad into a full featured 360 degree panoramic camera. Easily capture immersive panoramas in seconds and instantly share your 360 view with the world. Simply pan the camera and watch as images are stitched seamlessly. 360 Panorama captures the scene in a way you never could with a traditional camera.


Designed to take full advantage of your device.

• Unbeatable speed: Taps into the raw power of your device to stitch panoramas in realtime.
• Magical gyro viewing: Use your gyroscope to interact — look around in 360 degrees.
• Never forget a location: Every panorama is GPS tagged, complete with a compass heading.

• Share online: Shared panoramas can be viewed on any computer or device. App not required!
• Post on Facebook: Post 360 views on your wall or send to a photo album — all from the app.
• Tweet in 360: Share jaw-dropping scenes your friends can view anywhere, even inside their Twitter app.
• Email 360 views: Say “wish you were here” in a whole new way.

• Free and safe panorama storage online: Upload panoramas to your account and access them from your desktop or mobile browser.
• Automatic quality boost: Cloud enhancement automatically retouches your panoramas over time!
• Join the community: Help build a world of panoramas for everyone to enjoy on 360verse.com.
• Share and embed: Sharing online is just as easy as in-app. Plus, you can even embed panoramas into your website or blog.

“360 is simple to use and jaw-dropping when shared!” — William
“Hands down the best interface for taking panoramas with the iPhone! ... And best of all, the output is fantastic!” — Chance
“I just want to say that this was the single best customer experience I have ever had, either in person or over the Internet.” — Chris
“Just downloaded this 360 Panorama App. Kinda dope....” — Chamillionaire

This update fixes a crash on startup for iPhone 6s Plus users as well as iPad mini 3 users. For iPhone 6s users who tried the last update, please try again, as a code merge issue led to the fix not being deployed. This includes the fixes and improvements from the major refresh (4.4.4): - Fix for Twitter authentication issues which caused problems during login and sharing to Twitter. - Update to the latest Facebook and Twitter SDKs - Fixes for a few UI layout issues and small bugs throughout the app

360 Panorama is an application developed by Occipital, Inc and released on iOS. The app is compatible with iOS 9.0 or later on the following devices: iPhone 11 Pro, X, Xs, SE, iPhone 8, 7, 6, iPad Pro and iPad Mini. 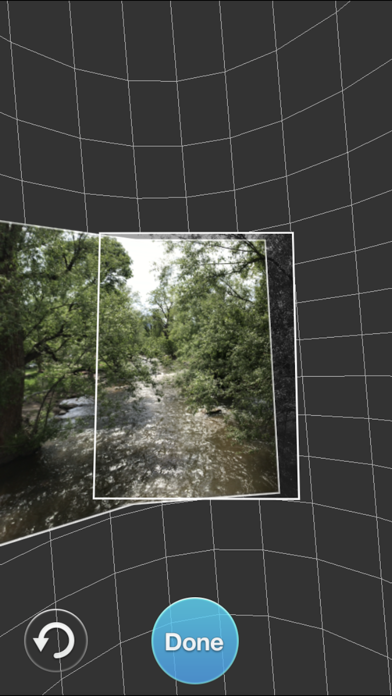 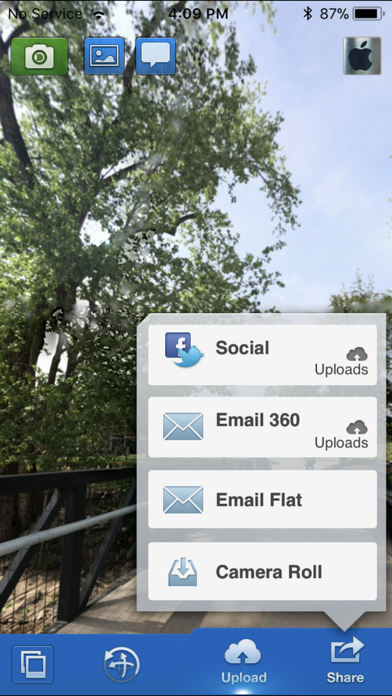 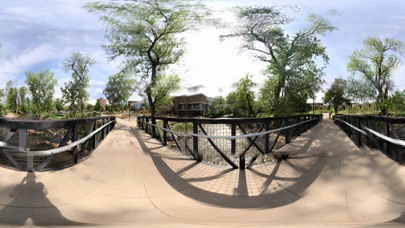 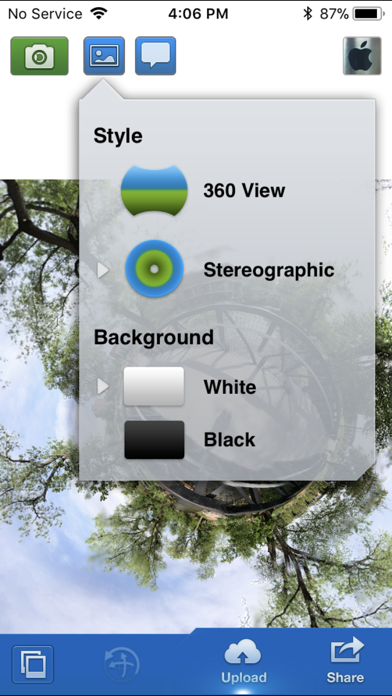 Review: 'It is great but not for what I wanted' 'This app is truly amazing and worth the money. But...\nI downloaded this app because I wanted a better, faster,...

Review: 'Love it but....' 'I have been using this App for YEARS which is good and bad. I have over 800 panoramas and would like...

Review: 'grateful for this imperfect app' 'when this app first came out\ni loved showing it to people as an example of what the iphone could...

Review: 'Accelerometer Alone = Not Good' 'This app would be cool if it didn’t lose track of where the pano was in physical space. For...

Review: 'Stuck' 'I’ve always liked this app, but the truth is...\nThey need to have variable lighting, to sense exposure as...