The best puzzle game for the iPhone has entered a new dimension! Enigmo 2 is the successor to our award winning puzzle game, Enigmo. There are streams of falling water droplets, plasma and laser beams, and your goal is to get them into their container by using the various puzzle piece that you are given. Enigmo 2 goes to a new dimension as the puzzles are now three-dimensional! We've also added tons of new gameplay elements including lasers, plasma, gravetoids, teleporters, gravity inverters, etc. There are 50 all new levels in Enigmo 2, and an awesome music soundtrack!
The original Enigmo won the 2008 Best iPhone Game award from Apple, among many other awards, and it is one of the Top 20 best selling iPhone apps of all time. Enigmo 2 raises the bar even farther with increased performance, more dazzling graphics, and even better gameplay.

Need help? Use our Enigmo 2 Walkthrough page or sign up and make your contribution today.

Enigmo 2 is a puzzle game developed by Pangea Software, Inc, and is available for download on both iOS and Android devices. The app is compatible with iOS 8.0 or later on the following devices: iPhone 11 Pro, X, Xs, SE, iPhone 8, 7, 6, iPad Pro and iPad Mini. 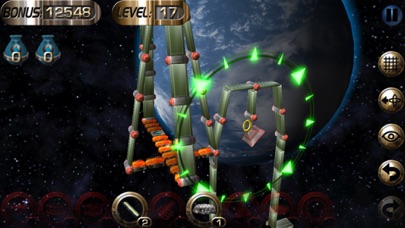 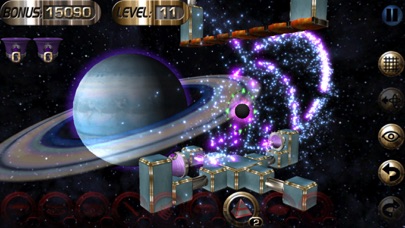 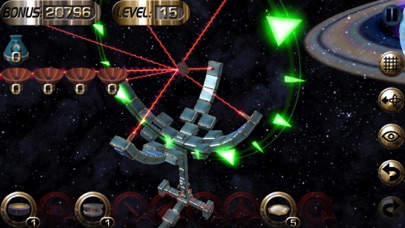 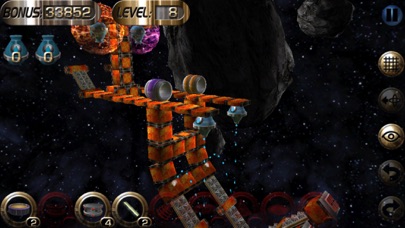 Review: Great puzzle game This game is a lot of fun. It might take a bit of effort and practice to get some of...

Review: Old-Timer Review I've played Enigmo 2 for years on the computer. I recently found it was available for IOS. I purchased the game...

Review: Most underrated game ever-my Favorite game! ...PLEASE release more levels!!! I finished this glorious game in days and am dying to play new levels! Because of...

Review: Longtime Enigma Owner I have owned both versions of Enigma. Enigma has very interesting and challenging levels; and a much improved sense of...

Review: Simply the best Creative and challenging. Enigma 1 was the first game I ever had and so glad they came out with #2. And upped...