Kitesurf - The Ultimate Kiteboarding Simulator
Do you want to learn how to kiteboard? Are you already an advanced kiteboarder? Are you a windsurfer that hasn't made the switch yet?

Learn kitesurfing, all the way from the basics to advanced maneuvers with 'Kiteboard' !!!

Kiteboarding (Kitesurfing) is taking the world by storm, it is the most extreme board sport ever invented and provides the greatest adrenaline rush possible. However, it can be incredibly dangerous. A giant kite, up to 20 meters, pulls the kiteboarder while they ride on a small board travelling up to 50 miles per hour and jumping over 100 feet into the air! There is truly no other sport like kiteboarding.

More levels and moves will come with each update!

Just like real kiteboarding, you can depower the kite, boost huge airs, unhook from the chicken loop, edge the board hard, ride freestyle, ride nuking winds, and of course... send the kite into the power zone!

Feel the power of nature by harnessing the wind and experiencing true happiness with 'Kiteboard' !!!


***** Warning *****
Power kites can be dangerous. Because of strong forces that can be generated by sudden wind gusts, people can be lofted, carried off, dashed against water, buildings, terrain or power lines, resulting in what's termed a "kitemare".

Most kiteboarding fatalities are the result of being lofted or dragged out of control, resulting in a collision with hard objects including sand. It is possible to be seriously injured simply by hitting the water surface at speed or from a height.

Jumping and being airborne at inappropriate places (such as shallow water or near fixed or floating objects) can be hazardous. Marine hazards include sharks, jellyfish, sea otters, dolphins, and even crocodiles, depending on the location.

Collisions with wind surfers, other kite boarders or water craft are hazards, particularly at busy locations.
*****

Need help? Use our Kitesurf - The Ultimate Kiteboarding Simulation Game Walkthrough page or sign up and make your contribution today.

Kitesurf - The Ultimate Kiteboarding Simulation Game is a free-to-play, sports and simulation game developed by Sea Venture LLC, and is available for download on both iOS and Android devices. The app is compatible with iOS 9.0 or later on the following devices: iPhone 11 Pro, X, Xs, SE, iPhone 8, 7, 6, iPad Pro and iPad Mini. 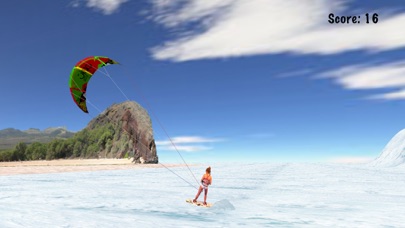 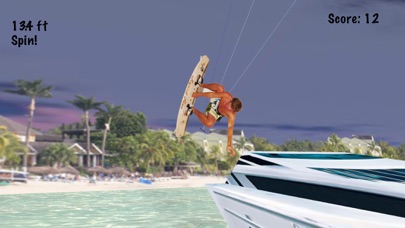 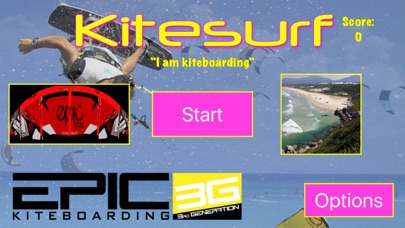 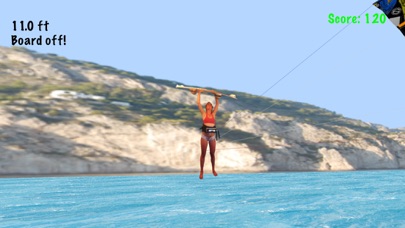 Review: 'Great surprise' 'Got it a week ago not expecting much, but was pleasantly surprised how well this game is. This game is...

Review: 'Great game' 'This is a fun game! Love the look and I\'m hooked'

Review: 'New Update SUPER SICK!!!' 'Wow! The new graphics are so sick and kite dynamics are real accurate! Have to remaster the controls; almost like...