● ● ● Invaluable help for those who like crossword puzzles, anagrams, rhymes and word games! ● ● ●
This app contains a dictionary of over 120,000 English words!

The app has the following features:
● Complete. Good help for crossword-solving.
● Anagram. Fun to find anagrams for your name or other words.
● Rhyme. Perfect when searching for rhymes for poems or songwriting.
● Word games. Find a word to word games like scrabble or Wordfeud.


Below are instructions for the various parts.

▶ Complete ◀
To search for words, fill in the letters you know in the text box and replace unknown letters with an asterisk (*).
Asterisk is most easily written by pressing the space bar.
Hopefully, one of the found words, is the word you where looking for!
Example:
- Looking for a six letter long word, whose third letter is C and the fourth letter is O, type **CO**
- Looking for a four-letter long word whose first letter is A, type A***

▶ Rhyme ◀
Enter a word and the app gives you a list of words that rhyme to this. Note that the computer is stupid in the sense that it only looks for how the word is spelled and not how it sounds. Thus, it is not certain that all listed words are actually good rhyme when pronounced. It can sometimes be a good idea to also try to write the word as it sounds.

▶ Word games ◀
This function lists all words that can be created by combining the letters you enter. All letters will not necessarily be used. Instead, the words are listed in the order that gives the most points according to scores in Wordfeud or Scrabble. You can easily select by which game you want to sort. If you have a wild card (which can be used as any letter), you can enter that by specifying an asterisk (*) (Press the space bar).
Example: If you have the letters "AUGHY" and would like to add them next to the letter X already on the board, write the letters "AUGHYX" and see if you get some good hits that fit. If you do not feel satisfied with this and would rather put the word next to the letter Z on the board, just remove the X from the input and add the Z instead. I.e. "AUGHYZ".

Good luck and have fun!

English Words is an application developed by Rost Solutions and released on iOS. The app is compatible with iOS 8.0 or later on the following devices: iPhone 11 Pro, X, Xs, SE, iPhone 8, 7, 6, iPad Pro and iPad Mini. 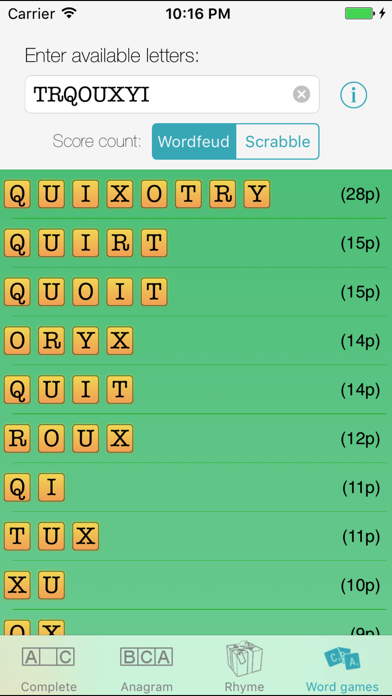 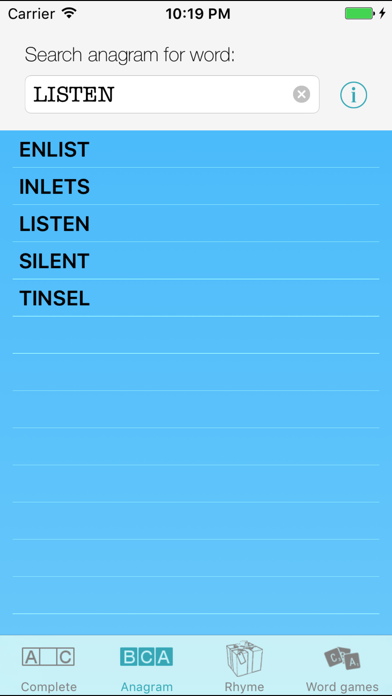 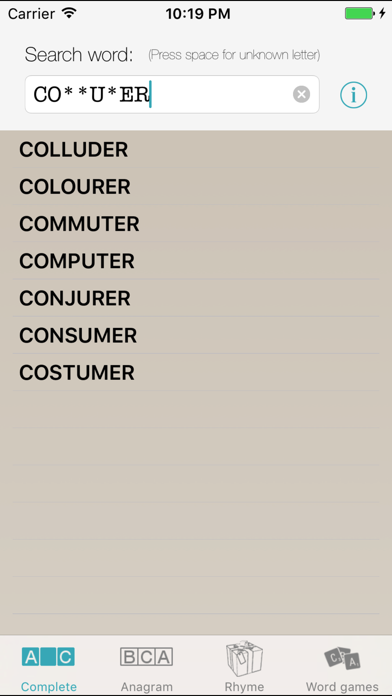 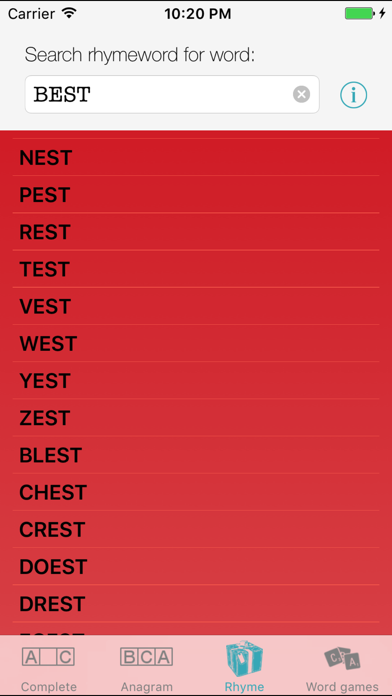