Plague Inc. is a global hit with almost a million 5 star ratings and features in newspapers such as The Economist, New York Post, Boston Herald, The Guardian and London Metro!

▶ “The game creates a compelling world that engages the public on serious public health topics” – The Centers for Disease Control and Prevention
▶ “Best Tablet Game” - New York Daily News
▶ “Plague Inc. will snag your attention in all the right ways and keep it there” - Touch Arcade
▶ “No denying Plague Inc.'s high-level of quality” - Modojo
▶ “Plague Inc. should not be as much fun as it is” – London Metro
▶ “Will leave you hoping to destroy the world, all in the name of a bit of fun” – Pocket Lint
▶ “Plague Inc.'s gameplay is infectious” - Slide to Play
▶ Winner – “Overall Game of the Year” – Pocket Gamer
▶ “Killing billions has never been so fun” – IGN

Plague Inc. Mutation 16 Discovered - The Royal Update Did you know that Plague Inc. just won a royal award from Her Majesty The Queen? To celebrate winning The Queen’s Enterprise Award for Innovation, we’ve created a huge ‘Royal Update’ stuffed full of exciting new content: Infectious New Interface Plague Inc. now looks 816% better! The entire interface has been redesigned and modernised - prepare for visuals so delicious-looking you’ll want to lick your phone.* New Ultimate Board Games scenario Make a best-selling board game in this radically different scenario that has nothing to do with disease! Investors have given you two years to design, produce and distribute your very own game - but can you make it a best selling hit? New Science Denial scenario People around the world have stopped believing in science, medicine and even diseases. One country decides to offer scientists sanctuary and from here they hope to save humanity from itself! Also included New achievements, minor bug fixes and a whole host of custom scenarios *In the interests of hygiene, please wash your phone both before and after *** 1.16.1 Hotfix - Fixed some event issues in new scenarios 1.16.2 Hotfix - Fixed some minor errors in translations 1.16.3 Hotfix - Updated Facebook integration 1.16.4 Hotfix - Rebalanced some scenarios 1.16.5 Minor update - Added support for latest devices 1.16.6 Minor update - General app stability patches 1.16.7 Hotfix - Increased support for more devices 1.16.8 Update - Added link to our new game: Rebel Inc.

Plague Inc. is a strategy game developed by Ndemic Creations, and is available for download on both iOS and Android devices. The app is compatible with iOS 9.3 or later on the following devices: iPhone 8, iPhone 7, iPhone 6, iPad 3, iPad Mini and iPod Touch 5G or newer. 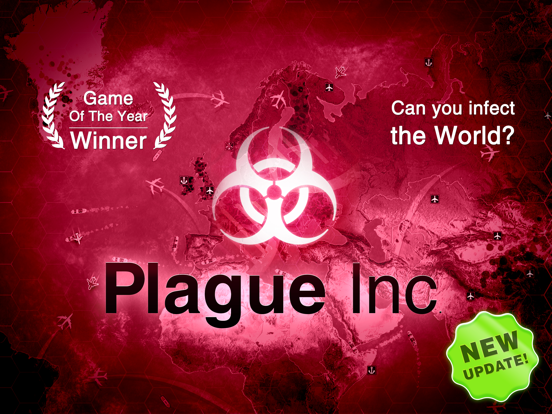 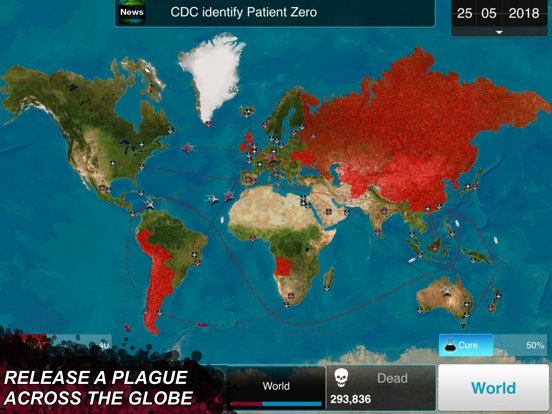 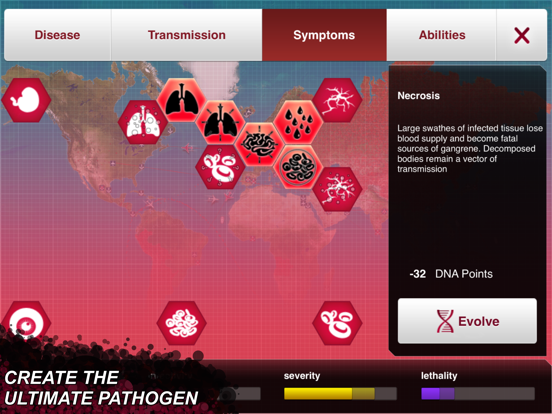 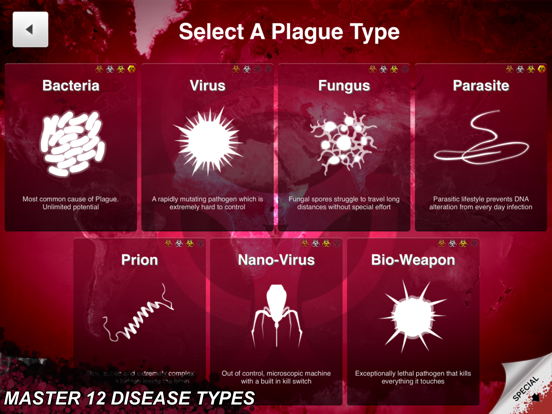 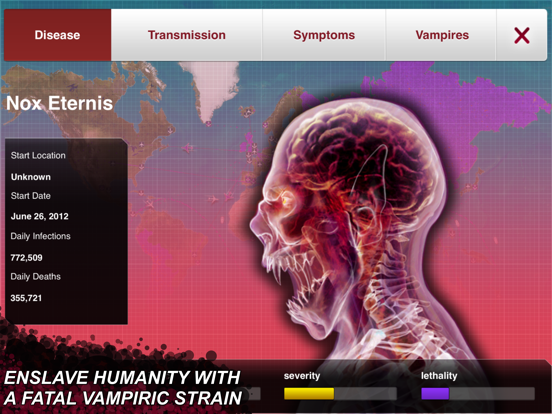 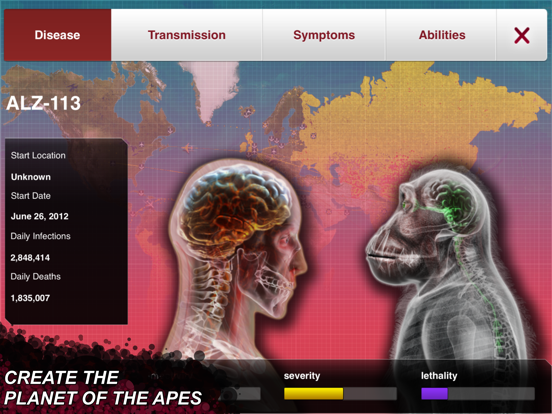 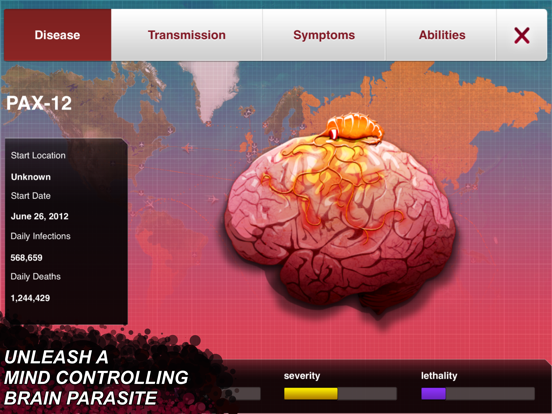 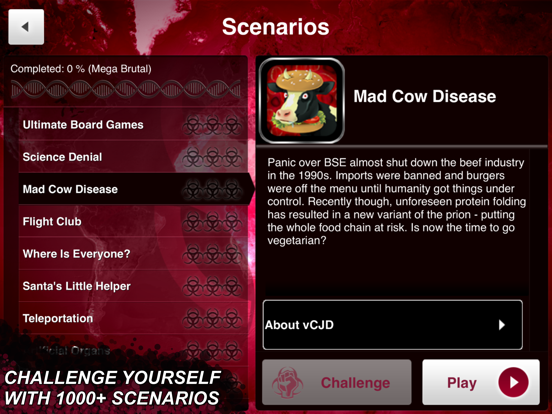 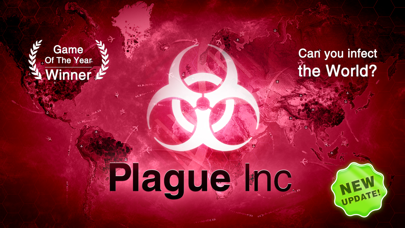 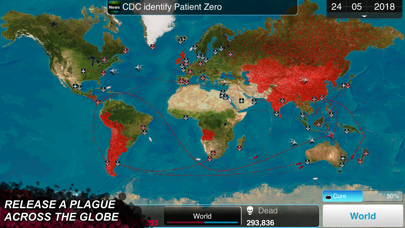 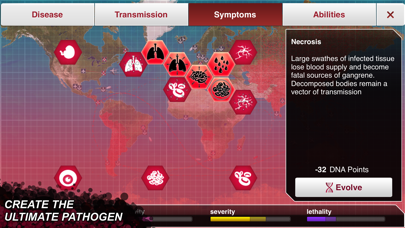 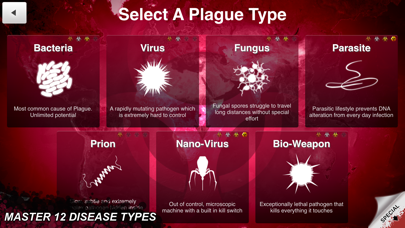 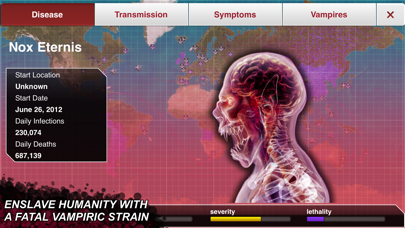 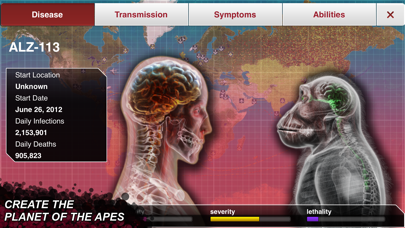 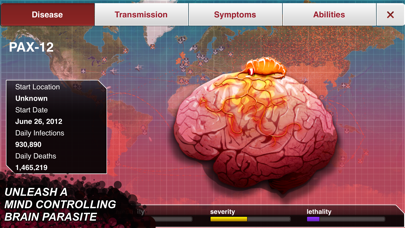 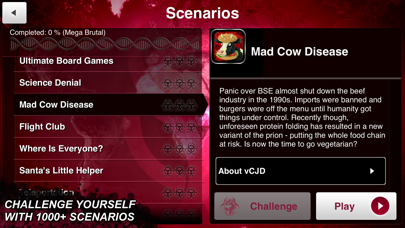 Review: PvP please!!!! Great game I love it. How about PvP options... maybe virus vs virus who kill the most people or virus...

Review: Super fun!!! This game is realistic and is fun for pretty much everyone. I don't really know why people complain about the...

By Ur no mad annoying

Review: This game is good, except for what just happened A couple of minutes ago I was playing the fake news scenario and I crashed, went back and lost ALL...

By DA PRO OF ELECTRICITY

Review: Pretty Fun Game... Ever since I got this game I’ve had a lot of fun playing it. I have however run into...