✭✭ TOP 25 APP ✭✭ FEATURED AROUND THE WORLD BY APPLE ✭✭
Prepare yourself for the revolutionary, enthralling, and highly anticipated Touch Ski 3D, presented by The Ski Channel

✭ FEEL THE SNOW ON YOUR FINGERTIPS ✭
With stunning environments and the most innovative touch controls you've ever experienced, Touch Ski 3D is the next best thing to being on the slopes.

✭ NEVER MISS A BEAT ✭
Stay current with live ski news and streaming video content from The Ski Channel, all without ever leaving the app.

✭ AND THE CROWD GOES WILD ✭
"I actually found it hard to put the game down in order to write this post (just one more run down the slopes...)"
- Blake Patterson, TouchArcade.com

"One of the best looking games I've played on the iPhone"
- Brett Kelly, TUAW.com

"Touch Ski 3D is another one of those games ready to crown the iPhone as one of the most innovative gaming platforms ever created."
- iPhone-Game-Reviews.com

✭ SCORE A SNEAK PEAK ✭
Keep an eye out for the Touch Ski 3D trailer on The Ski Channel television network.

✭ JOIN OVER 15 MILLION GAMERS WORLDWIDE ✭
And find out why Naquatic's apps like Shooting Showdown and Basketball Showdown have lit up the top charts and been featured by everyone from Apple to IGN, AppAdvice, and TouchArcade.

Need help? Use our Touch Ski 3D Walkthrough page or sign up and make your contribution today.

About Touch Ski 3D - Presented by The Ski Channel

Touch Ski 3D - Presented by The Ski Channel is a free-to-play, sports and racing game developed by Naquatic, and is available for download on both iOS and Android devices. The app is compatible with iOS 4.2 or later on the following devices: iPhone 11 Pro, X, Xs, SE, iPhone 8, 7, 6, iPad Pro and iPad Mini. 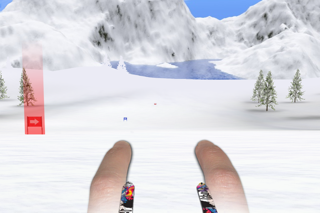 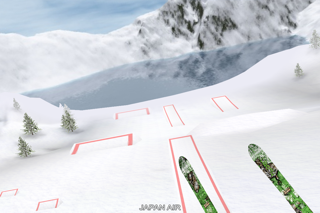 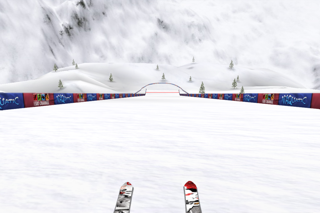 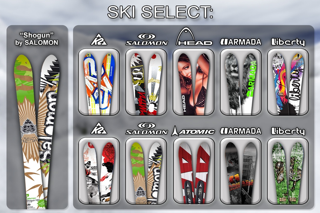 Review: 'Eh' 'The games not bad but when I go in the park there\'s a huge white thing right in front...

Review: 'Okay' 'It is okay but I do not like having TWO fingers on the screen.'

Review: 'It\'s ok' 'I don\'t like the idea of putting two fingers on the screen, would prefer using tilt or just one...

Review: 'Ok' 'Not the best game kinda fun but not grate'

Review: 'Corks and flips' 'It\'s a sweet game but Cork and Flips would be awesome please update soon If u add corks and...