The World Factbook & Atlas is a reliable and extremely popular source of information on all the nations of the world. It provides up-to-date, valuable data for more than 250 countries and territories in a concise, well-organized format whenever and wherever you want.
The World Factbook & Atlas also provides interesting chapters for our changing planet, oceans and parts of the world whose status has not yet been resolved (e.g., West Bank, Spratly Islands).
Topics addressed include natural resources, industries, GDP, religion, ethnic groups, legal system and much more.
Key data are grouped under the headings of introduction/background, geography, people, government, economy, energy, communications, transportation, military, transnational issues.
The World Factbook & Atlas is a must-have application for those who possess a curiosity or concern about the rapidly changing world in which we live.

Up to date - The World Factbook & Atlas database is updated regularly, updates are free of charge

Spectacular - In addition to detailed country profiles, The World Factbook & Atlas features interesting chapters for our changing planet, oceans and parts of the world whose status has not yet been resolved

About The World Factbook 2012

The World Factbook 2012 is an application developed by jDictionary Mobile and released on iOS. The app is compatible with iOS 8.0 or later on the following devices: iPhone 11 Pro, X, Xs, SE, iPhone 8, 7, 6, iPad Pro and iPad Mini. 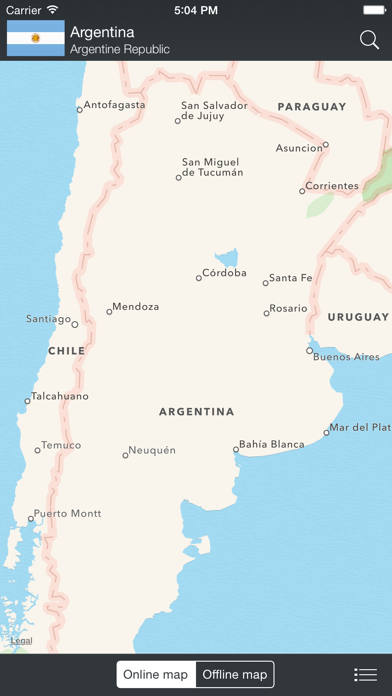 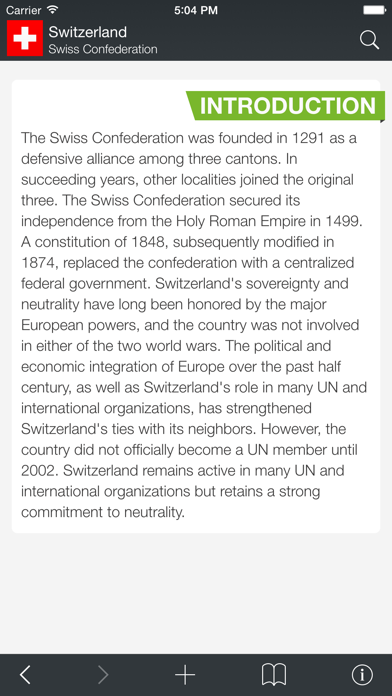 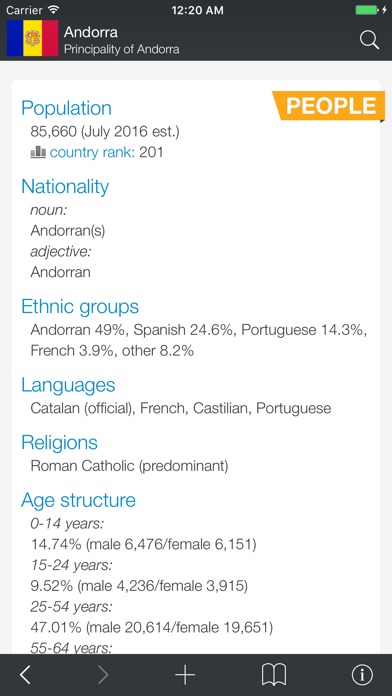 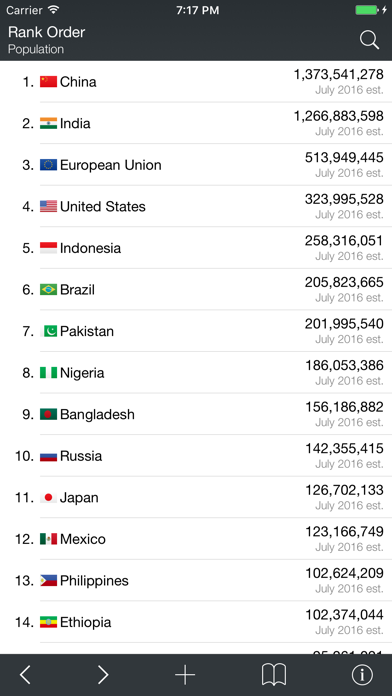 Review: 'CIA World Fact Book' 'For all those who desire to understand the dynamics that distinguish the nations of the world, this book is indispensable....

Review: 'Excellent' 'This app is my go-to for all things international. Comprehensive information is easily accessible and well organized. If you only...

Review: 'Fills a void' 'There isn’t another good one on the entire store.'

Review: 'Higher reading level' 'It isn’t bad just but it seems like the reading level is low. I would have liked a focus...

By ric the rat