Strategy RPG with Customizable Units!
“Rebirth of Fortune” is a tactical role-playing game borrowing the combat mode made famous by such Strategy RPGs as “Tactics Ogre” and “Final Fantasy Tactics.”Up to eight of your units battle hoards of mercenaries in turn-based, strategic combat on various terrains.

Upgrade and customize your own units to compete in a chess-like strategy game of position and power.

Goal of the Game:

Your eight individual units share a mutual relationship and utilize various strategies and skills according to their disposition. A devisive strategy is required to beat each of 200 stages and various enemy AIs. If you eradicate the enemy you will be rewarded, and using the rewards fund you can upgrade your units and prepare for greater combat.

2. When it is your turn you select your unit to move and designate the act (attack/special). One turn is limited to 30 seconds, and if your action is not completed in 30 seconds your turn will be passed to the enemy.

3. Unit color turns dark and the unit becomes disabled after it acts. It can act again when the unit color returns to normal a few turns. This attribute is related to the agility of the unit. Units of high agility have relatively short periods of time to be reactivated.

4. You can move the unit to attack the enemy within the unit's individual range of attack. You need a proper strategy according to the terrain and the attributes of your units because each unit has its own field of movement, range and method of attack, and damage value.

5. Once you select to attack an enemy unit, a white circle appears on your screen, which continuously changes its size larger and smaller. This is related to the attack power and accuracy rate. Inflict maximum damage on the enemy unit by touching the circle at its smallest. Also, the most favorable attack positions are when you are standing beside or behind the enemy unit.

6. After your unit performs its action you choose in which direction your unit will wait. The unit receives different damage values according to the direction it faces when attacked.

7. The jeweled icons and gauge bars at the top of the screen indicate special techniques available. Some units use just one orb per special, while others use more (up to five, for extremely powerful spells/buffs). When the gauge fills up, a new orb appears. The gauge bar fills up slowly over time, but fills faster when your unit is attacked or killed.

8. Each unit has a unique special ability according to its class and orbs available. Special techniques are very powerful and can turn the tides of war. You should be ready to collect orbs and use the proper special technique according to your situation in battle.

9. When you progress in battle and anihilate the entire enemy team, you win. Because the healer unit has no means of attack, a team is considered destroyed even if it has a healer still alive. With the compensation obtained from victory, you should upgrade your units and get ready for the next battle.

10. In the beginning you won't be able to use all eight units. You should upgrade your available units with the war funds obtained from battle, and you'll be able to use the locked units upon meeting the unlocking requirements. This configuration is a sort of growth tree.

Need help? Use our Rebirth of Fortune Walkthrough page or sign up and make your contribution today.

About Rebirth of Fortune

Rebirth of Fortune is a simulation game developed by Dotomchi Games Inc, and is available for download on both iOS and Android devices. The app is compatible with iOS 8.0 or later on the following devices: iPhone 11 Pro, X, Xs, SE, iPhone 8, 7, 6, iPad Pro and iPad Mini. 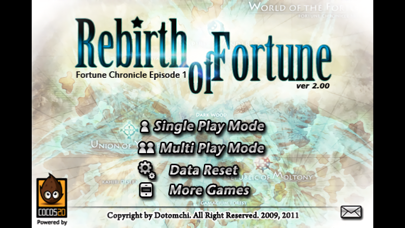 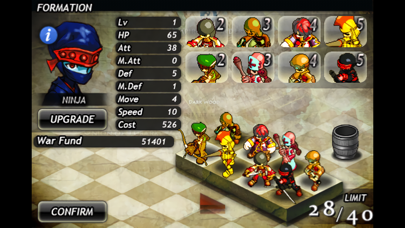 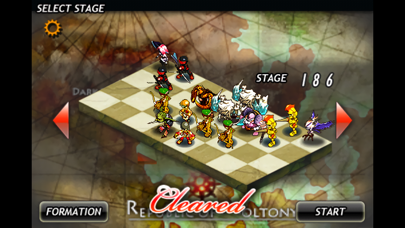 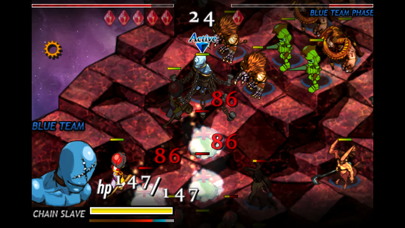 Review: 'Good srpg' 'If you liked fft you will enjoy this game.'

Review: 'Great game' 'This game has final fantasy tactics feel to it'

Review: 'Great game!' 'Bunch of units and tons of levels. Has upgrading too'

Review: '1337' 'The entire Fortune series is epic. Addicting game play. Every time I get a new I device the first games...

Review: 'Nice, but easy' 'I like the game a lot it\'s fun and it is like final fantasy and tactics ogre because I...