* From the makers of the original C25K app, this app will get you off the couch and change your life. It's the easiest way to start running, period. * Top health mag *SELF Magazine* gave us a whopping 5 stars! As seen on ABC News… and featured in the "Best iPhone Apps" book!!! This app is a RUNNING COACH in your iPhone – pushing you as you sprint and slowing you to a walk based on a proven interval training plan. No celebrity trainer needed! Just this top-graded app & your shoes.
Get off the couch 3 times a week for 30 mins at a time – and watch yourself become a marathoner. Interval training for a 5K is an absolute CHORE without this app.

Yes, you can still listen to your workout tunes. This app works alongside your music.

With Ease into 5K by Bluefin, couch potatoes and insanely busy people alike are gradually transforming into long-distance running machines… with just 30 MINUTES 3X EACH WEEK.

That's only 90 minutes a week. And in that small handful of minutes, you'll actually be TRAINING THE RIGHT WAY. We're talking training to lose weight and run 5K. So you won't spend your Treadmill Time wishing you knew what runners with coaches know.

******The ultimate couch potato transformation app is at your fingertips. Proven training for new runners!******

Works with iPhone and iPod Touch! Great with Nike+
--------------------------------------------
Track your DISTANCE, PACE, WEIGHT & CALORIES BURNED with gorgeous graphs
Track days you've completed toward your goal… and see your history
Listen to your own music… and skip tracks without leaving the app
Audio alerts coach you to switch from running to walking and back
Get big encouragement by sharing on FACEBOOK or TWITTER (@bluefinapps)

PLUS! Choice of MALE or FEMALE coach voice. Journal entries. Compatible with iOS 5 and 6.

GREAT-GREAT-GRANDDAUGHTER OF EMILY POST NOW RUNS
"I have NEVER been a distance runner – hated running warm ups in high school, was always the last one done, huffing and puffing the whole way. While I had heard of interval programs, I had never tried one or thought I could do it... until I found your app. It has been the missing piece that allowed me to break my weight loss plateau."
– Lizzy Post

FROM 365 POUNDS TO RUNNING THE 5K... IN 6 MONTHS
"In February of 2011, I weighed 365 pounds. I decided it was time to change. I began to look at programs to help beginning runners. I was convinced that this app from Bluefin Software was the best choice. On July 4th, I ran a 5K! If you're thinking about starting to run, I can tell you - without hesitation - that app from Bluefin is the best start."
– Mark D Rucker
Completed 5K and 10k. Signed up for half-marathon on Oct 23, 2011!

Note: Continued use of GPS running in the background can dramatically decrease battery life.

About Ease into 5K

Ease into 5K is an application developed by Bluefin Software, LLC and released on iOS. The app is compatible with iOS 6.1 or later on the following devices: iPhone 11 Pro, X, Xs, SE, iPhone 8, 7, 6, iPad Pro and iPad Mini. 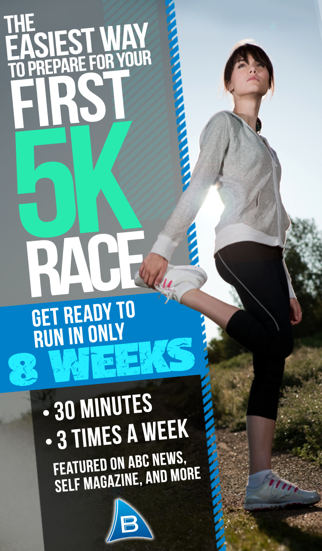 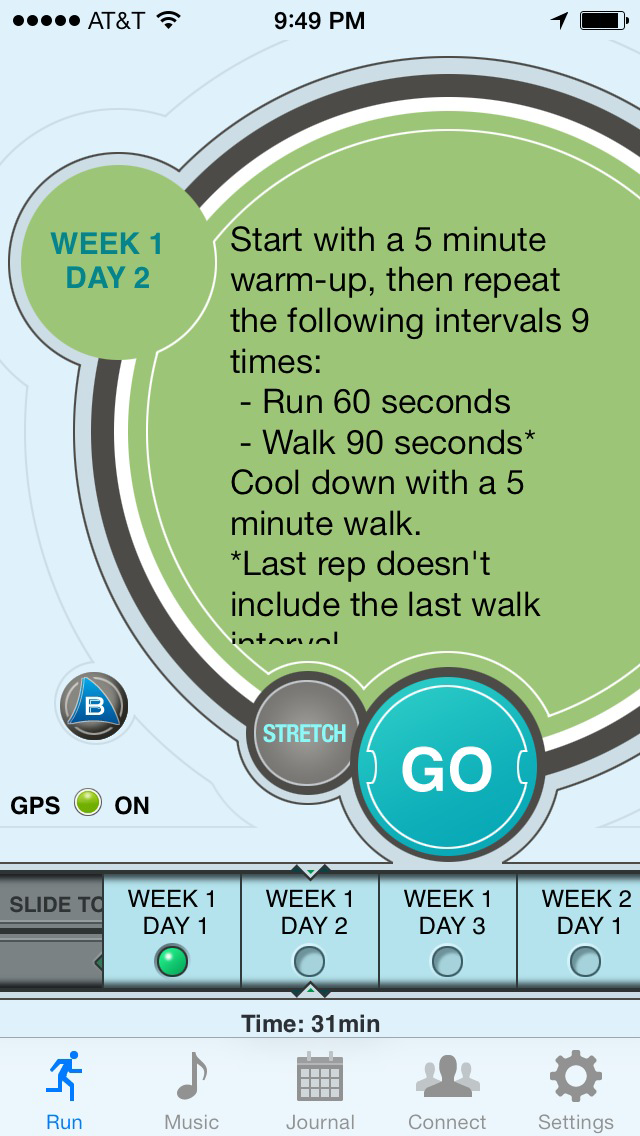 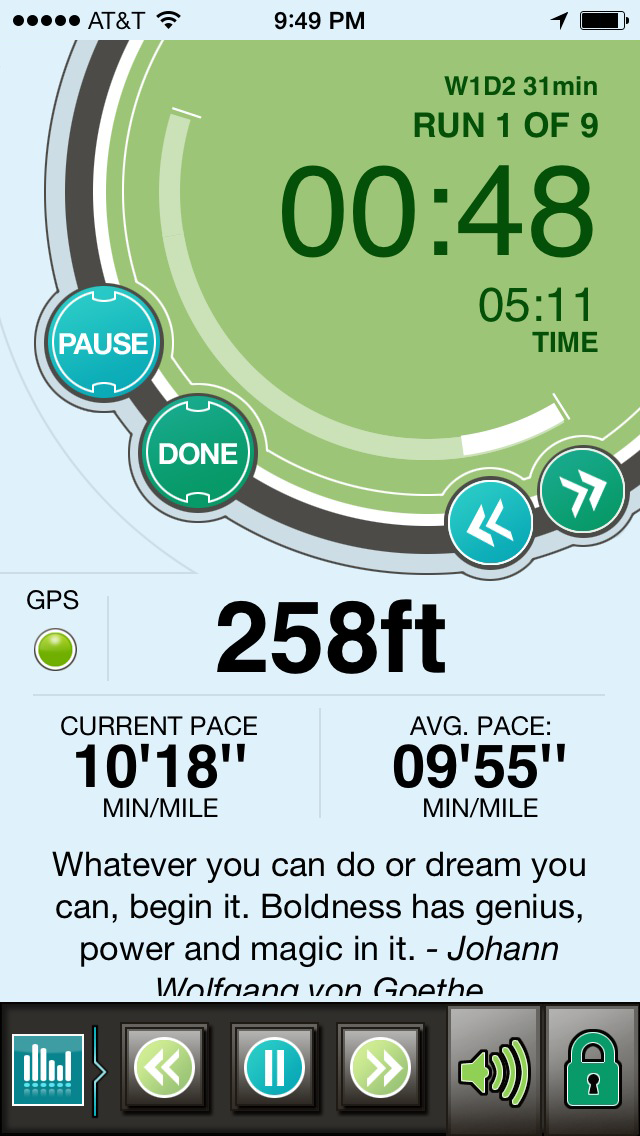 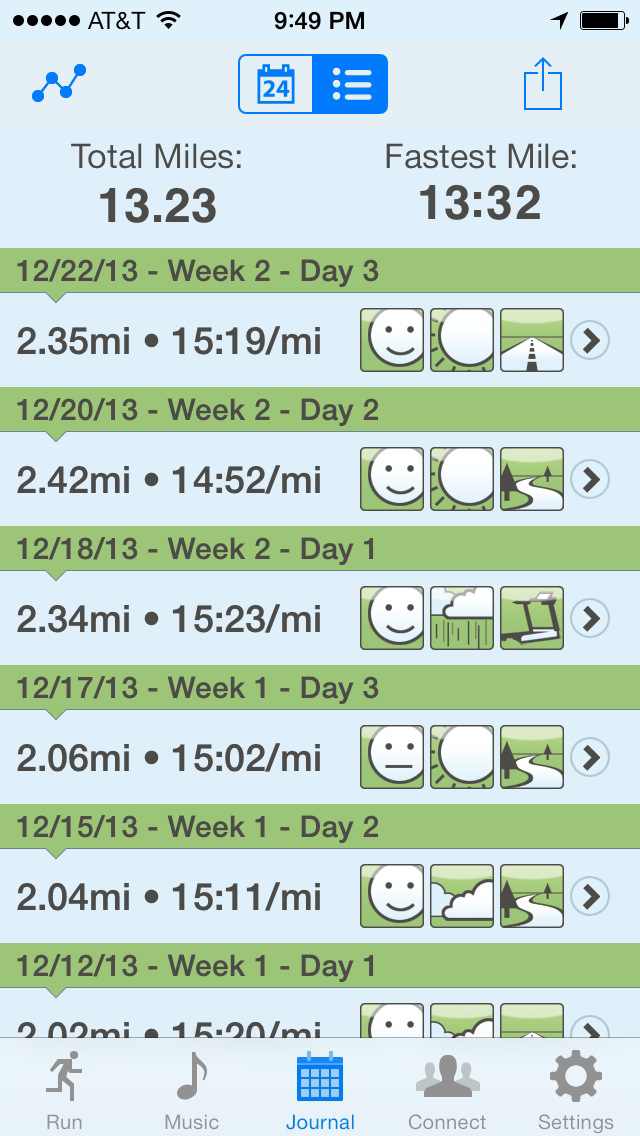 Review: App doesn’t always work right I paid for the full app but the free version was the one running - I had to purchase a...

Review: Great app for beginners and those making a comebac I have used this app many times for my come backs following various injuries including breaking the same bone in...

Review: Great but phone can’t lock to work I love this app’s purpose, but I continually have this issue where if my iPhone locks the voice and...

Review: Outdated I love the app and have had it for years, but the latest version is over 3 years old now without...