Big Button Box™ gives you OVER 100 individual BIG BUTTONS that let off the BEST BOOMING FUNNY SOUNDS!
There's nothing more satisfying than touching awesome buttons and hearing extra-loud, over-amplified, ear-piercing sound effects... and Big Button Box is the fully-featured sound effects app that let's you do this over and over and over!

Features:
- Over 100 Big Buttons!
- Three buttons modes: Use them as big buttons or choose to play them from the menu in two different ways
- Sort the buttons into the order you want
- Pitch Warper: Shift the pitch of the sounds!
- Randomizer: Shuffles the buttons into new combinations!

Big Button Box Pro is an application developed by Shaved Labs and released on iOS. The app is compatible with iOS 8.0 or later on the following devices: iPhone 11 Pro, X, Xs, SE, iPhone 8, 7, 6, iPad Pro and iPad Mini. 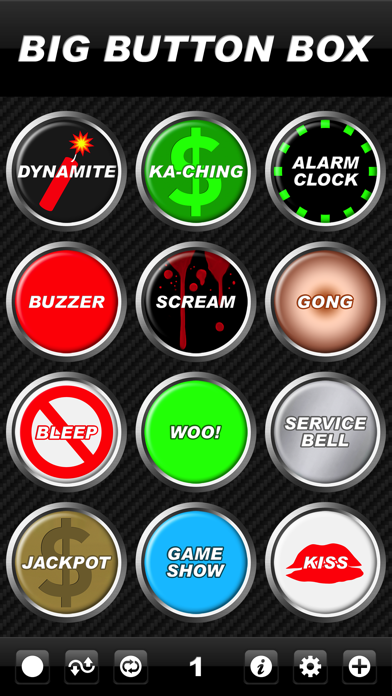 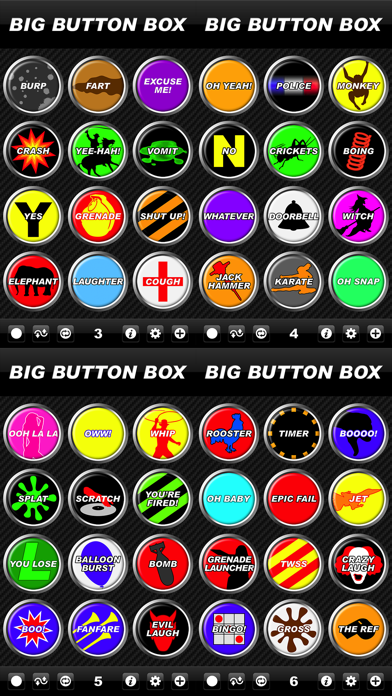 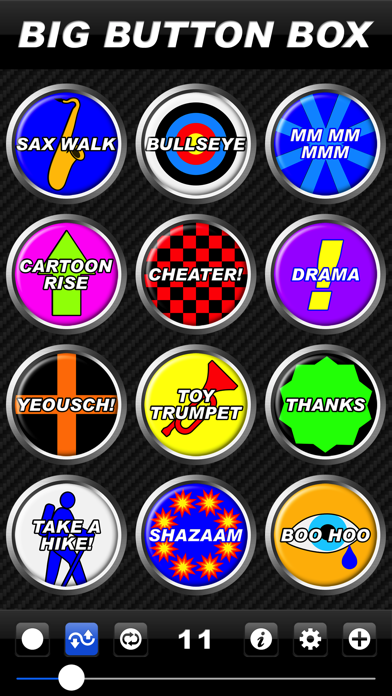 Review: 'Perfect' 'This app is so fun for pranks it is really realistic.My younger brother totally believes it.'

Review: 'Still works all these years' 'Will purchase from developer again.'

Review: 'Grandson Loves It!' 'I downloaded it for my 8 year-old grandson and he loves it. He wants to play with it every time he...

Review: 'Awesome' 'My parents hate it, but I love it and missed using it as a kid, this was my childhood! Me...

By The guy whos mad at the game