Walkthrough for the first level pack:

Walkthrough for the second level pack:

Bloons, the online flash sensation has finally landed on iPhone and iPod touch!

Play as the mischievous monkey as you set out to pop as many balloons as possible using an arsenal of darts and special power ups.

Bloons is a simple yet hugely addictive game in which players must pop a target number of balloons in each level in order to progress to the next. Requiring skill, determination and a little bit of monkey magic, Bloons is a puzzling skill game which will have you begging for just one more go!

Fans of the online game and those yet to experience the Bloons phenomenon are sure to enjoy this iPhone conversion.

* All of the original Bloons favorites such as ice bloons, bomb bloons, tack bloons and helium bloons.

* Level Editor - allowing you to customise and store your own levels.

* Simple pick up and play control system allowing players of all ages and skill levels to enjoy the game.

Need help? Use our Bloons Walkthrough page or sign up and make your contribution today.

Bloons is a strategy game developed by Ninja Kiwi, and is available for download on both iOS and Android devices. The app is compatible with iOS 3.0 or later on the following devices: iPhone 11 Pro, X, Xs, SE, iPhone 8, 7, 6, iPad Pro and iPad Mini. 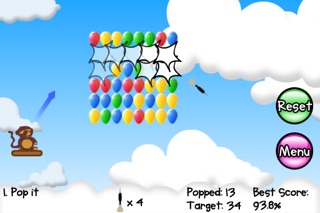 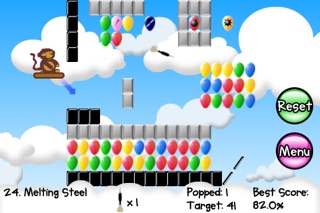 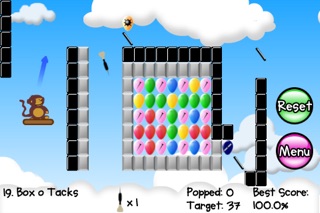 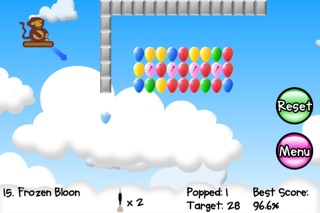 Review: UPDATE THE GAME Best iPod game when it came out, would love to play this again

Review: Update it plz I want this game back but it need update

Review: Nostalgia I used to play this on iPod touch 2 if you were curious also with iOS 4

Review: Update please This game is very fun, but it doesn’t work with iOS 11, so can you fix that please?

Review: Update Needed You should update the app so it works on news OS’s.