"Now the trumpet summons us again, not as a call to bear arms, though arms we need; not as a call to battle, though embattled we are – but a call to bear the burden of a long twilight struggle..." – President John F. Kennedy
HISTORY IN THE MAKING
Twilight Struggle puts the player at the center of the Cold War, the political and economic struggle between the U.S. and the U.S.S.R that spanned 5 decades from the 1950's to the 1990's. Designed by award winning creators Ananda Gupta and Jason Matthews, players control one of the two modern superpowers, as they work to spread their dominance throughout the world via political influence and coup attempts. But if either side triggers nuclear war, it's game over!

CARD BASED EVENTS
The event cards in the game are based on actual historical events from the Cold War era. Through the playing of these events, players exert their superpower's influence as they attempt to gain allies and regional control of the globe. From the early days of De-Stalinization, to the Cuban Missile Crisis, the Vietnam War and beyond, players are immersed in the actual events of the struggle between these two nations to be the dominant superpower in the world!

IMMERSIVE STRATEGY
Hone your skill and strategy as a world leader against an A.I. opponent, and then take your game global with matches against other players via asynchronous online game play.

*AN INTERNET CONNECTION AND PLAYDEK ACCOUNT ARE REQUIRED FOR ONLINE PLAY.*

Per our Terms of Service, you must be 13 years old or older to use the Playdek online games service.

Need help? Use our Twilight Struggle Mobile Walkthrough page or sign up and make your contribution today.

Twilight Struggle Mobile is a board game developed by Asmodee Digital, and is available for download on both iOS and Android devices. The app is compatible with iOS 10.0 or later on the following devices: iPhone iPad Pro and iPad Mini. 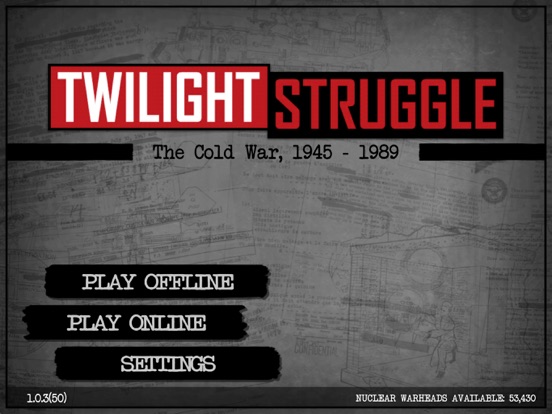 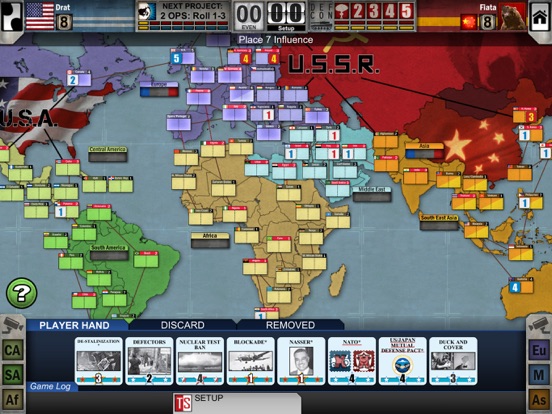 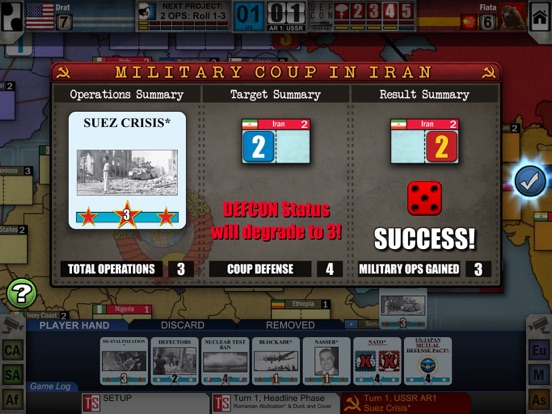 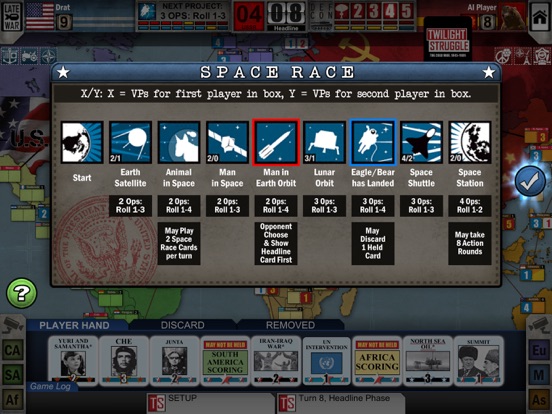 Review: 'Good implementation' 'Good adaptation of the board game. AI, however, is terrible. AI Russians couping Philippines on 1st Action Round of the...

Review: 'Map fixed, thank you' 'Yes a recent update broke the map movement, but the most recent update fixed it. Thank you devs.\n\nTip...

Review: 'An amazing game' 'This is an excellent electronic adaptation of one of the best board games of all time.'

Review: 'Tutorial' 'Tutorial crashes about 2 minutes into it repeatedly. Not cool if trying to learn the game...\nThe game itself works thankfully'

Review: 'Great implementation of a great board game' 'AI is useful for learning, but can soon be beaten. Lots of opportunities for on line play against real opponents.\...