The new racing game to beat!

Race the most authentic rally simulation on your mobile all at an astounding 60fps, this is console quality racing on your mobile!

RACE IN ALL CONDITIONS OVER LOADS OF TRACKS!
Race at night or day in rain or snow! Rally through 7 Countries, over 72 unique stages each with different surface types including snow, gravel, tarmac and dirt!

CUSTOMISE YOUR RIDE!
A garage full of cars waiting to be driven and tuned. The best car dynamics model to date on a mobile platform from over 10 years experience on games such as MotoGP, Formula1, Split-Second, Sonic and Sega All Stars Racing and many more!

COMPETE WITH FRIENDS, MULTIPLAYER AND OFFLINE!
Connect to Facebook or Game Center, race against your friends ghosts at any time you like or compete in the world rankings with real-time multiplayer!

EXPERIENCE THE THRILL OF OUR SKILL GAME MODES!
Feel the rush by taking on a selection of our mini games, race through roadworks, dodge missiles and even pull trailers.

OPTIMISED FOR TOUCH!
A control system designed specifically for touch devices mean racing becomes more fun and consistent, with the ability to scale, move and swap buttons to suit your needs.

TILT SUPPORT!
Don't like touch, you can still use tilt or a controller!

MFI SUPPORTED
Full MFi controller support for those who want to push their skills that little bit further!

-- This app has NO in-app purchases and NO adverts --

Need help? Use our Rush Rally 2 Walkthrough page or sign up and make your contribution today.

Rush Rally 2 is a racing game developed by Brownmonster Limited, and is available for download on both iOS and Android devices. The app is compatible with iOS 7.0 or later on the following devices: iPhone 11 Pro, X, Xs, SE, iPhone 8, 7, 6, iPad Pro and iPad Mini.

Click the button or scan the QR code below to download the latest version of Rush Rally 2 on iOS. 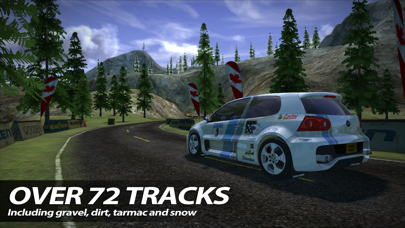 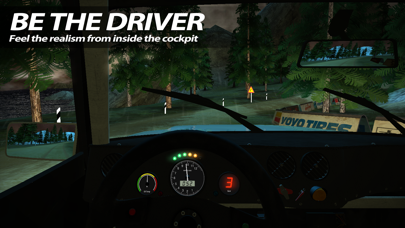 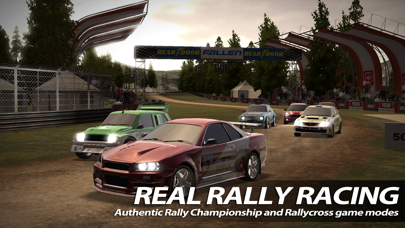 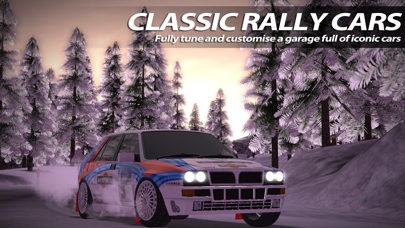 Review: Excellent This is a brilliant game! The controls are great, car models are great! It’s kinda like DiRT on mobile...

Review: Great Physics Based Racer Thank you for keeping this gem alive and healthy. I love it.

Review: Love it! Love the game, but please allow the user to choose whether they want auto countersteering/drift correction or not.

Review: more cars please Everything great except option of cars And the suspensions to stiff that i cant feel the absorbing even i set...

Review: Very nice! Keep updating please! Take advantage of the XS Max. New cars too! Still rocking with this game since day one. (...