"Every individual element of Imbroglio’s design coalesces into an elegantly complex whole. Nothing is out of place. It’s the kind of game that I just want to think and talk about all the time." - Pocket Tactics review
Finalist for Excellence in Design, Independent Games Festival 2017.
Named best game of 2016 by iPhone GameCast.
Named one of the ten best British games of 2016 by Kotaku UK.
Honorable Mention for Best Mobile Game in Game Developers Choice awards 2017.

Survive in an ever-shifting labyrinth filled with vicious monsters and valuable gemstones. Choose your hero, arm them with magical weapons, spend runes to invoke special powers, and fight for a high score in this deck-building tactics game where the deck is the dungeon.

At least four enigmatic enemies to battle.
Eight different heroes to play as.
Thirty-two weapons to level up.

Need help? Use our Imbroglio Walkthrough page or sign up and make your contribution today.

Imbroglio is a strategy game developed by Michael Brough, and is available for download on both iOS and Android devices. The app is compatible with iOS 8.0 or later on the following devices: iPhone 11 Pro, X, Xs, SE, iPhone 8, 7, 6, iPad Pro and iPad Mini. 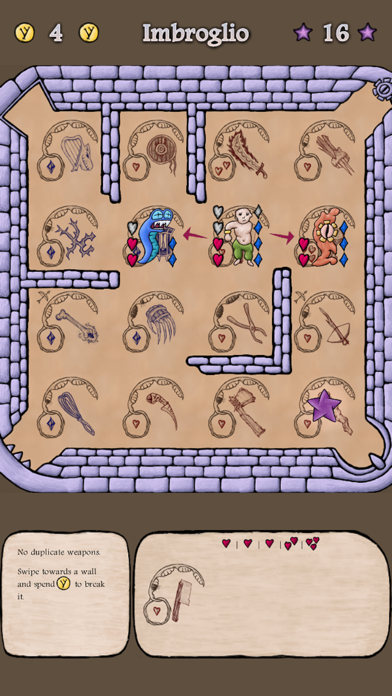 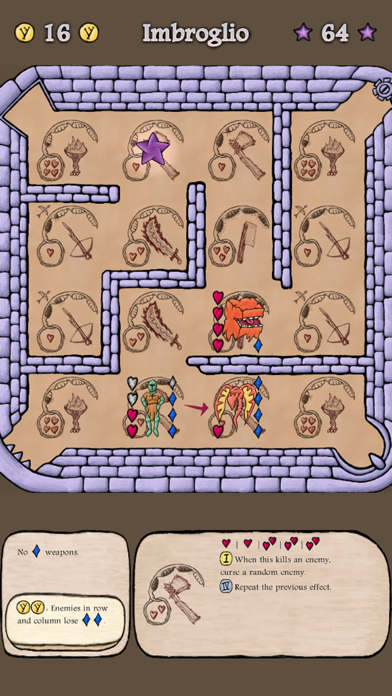 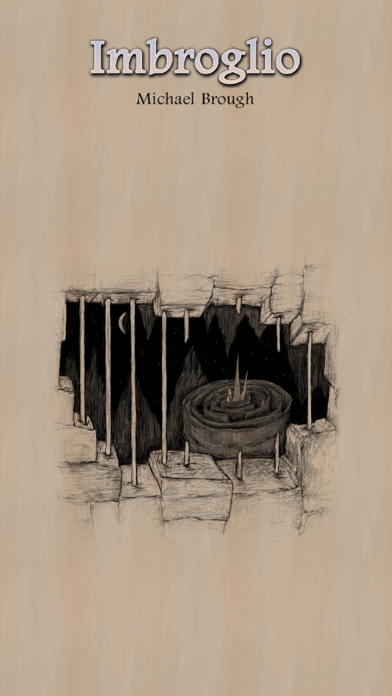 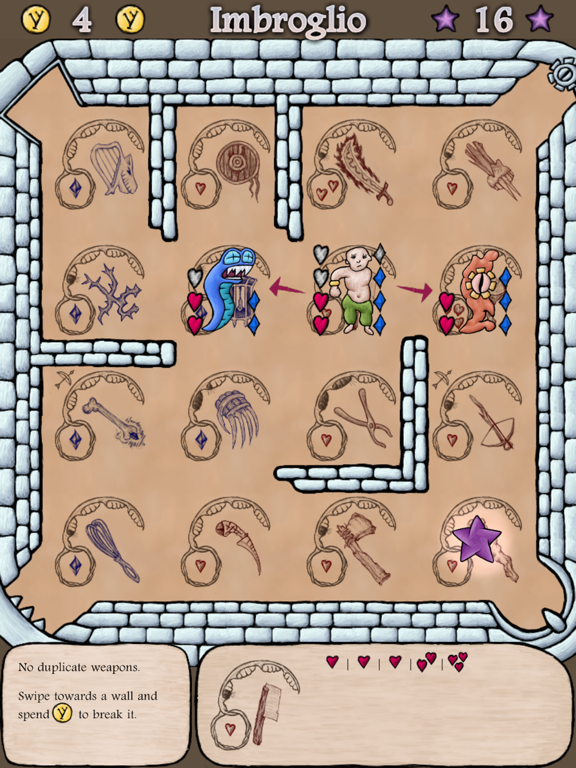 Review: 'Masterful Tactics!' 'Imbroglio rules in many ways. Its awesomeness is impossible to overstate. It is challenging, clever, complex, and boss.'

Review: 'A near perfect game' 'Imbroglio is possibly the most elegant game I’ve ever played.'

Review: 'Amazing!' 'A truly incredible game, and it explores its mechanics to its utmost.'

Review: 'Oh no! Update crashes!' 'Please fix as I do love this game. Looking forward to the new characters.'

Review: 'Love it, simple and endlessly deep' 'One comment on recent patch - you can still use Harry build with now-outlawed range-ish options by copying a friends...