Autobahn Police Simulator is available for the low price again at the moment!Check the popular app of z-software and Aerosoft at a reduced price now!


Dive in to the exciting work day of an Autobahn Police Officer with the Autobahn Police Simulator! It´s your task to see to law and order on a 40 km stretch of Autobahn.

The game includes a "Free Play"-Mode giving you the choice of what to do. Take on the job of a patrol officer by checking speed restrictions and drivers.

Is a driver acting suspicious? The simply pull him over for a check. But beware, some of them might try to make a dash – now´s the time to pick up a car chase.

A serious accident on the Autobahn! Get to the scene quick, secure the site, file a report of the accident and make a sketch of it.

Get behind the wheel – 40 km of Autobahn are waiting for your support!

Need help? Use our Autobahn Police Simulator Walkthrough page or sign up and make your contribution today.

Autobahn Police Simulator is a racing game developed by Aerosoft GmbH, and is available for download on both iOS and Android devices. The app is compatible with iOS 8.0 or later on the following devices: iPhone 11 Pro, X, Xs, SE, iPhone 8, 7, 6, iPad Pro and iPad Mini. 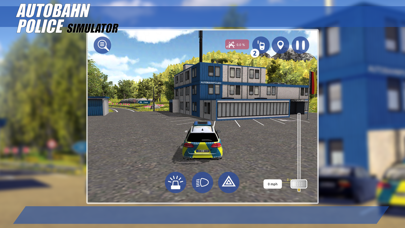 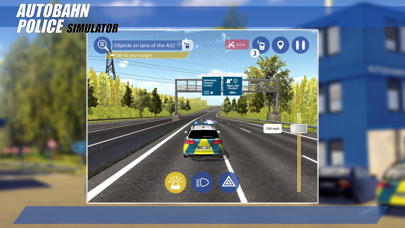 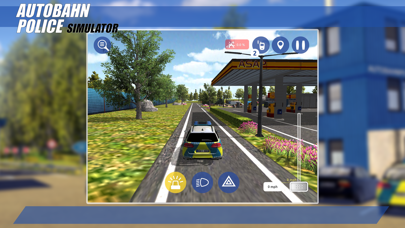 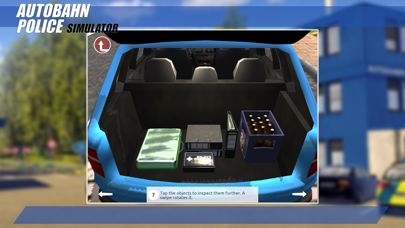 Review: Autobahn police simulator hello this is Billie j From philadelphia this is one of the best patrol games that ived played but there is one suggestion is it...

By judge the man

Review: Please update Here are some suggestions: please add a steering wheel option for steering the vehicle and pedals where the brake is...

Review: Improvement I am very much enjoying the way this policing game works. Although, it would be appreciated if features like the...

Review: 'I have a comment' 'I wish y’all could put American police cars too and American sirens I would like for y’all to...

Review: 'Give the developers a break' 'This is the only open world police simulator game on the market and these developers have worked hard to give...