Discover a long lost prehistoric world and rule over it as an all mighty Dinosaur! Travel back to a time when monstrous carnivores roamed the Earth and exotic plant life filled dangerous jungles! For the first time ever, choose from TEN PLAYABLE DINOSAURS! Hunt down food, raise a family of dinos, and battle for your life against fierce bosses like the Spinosaurus!
Download the Ultimate Dinosaur Simulator today while it's 50% OFF for a very limited time!

TEN PLAYABLE DINOSAURS
For the first time ever, you can choose from multiple animals in a single game! Become any of ten famous dinosaurs and mammals like the Tyrannosaurus Rex, Velociraptor, Sabertooth Tiger, or even choose a flying dinosaur like the Pterodactyl or a swimming dinosaur like Mosasaurus! Each species has their own families, experience, and levels!

DEADLY BOSS BATTLES
Test your skills against SIX thrilling boss battles! A massive spined creature lurks in the murky water of the swamp! Engage in battle with the legendary Plesiosaur to claim dominance over it’s waters!

BUILD YOUR PACK
Dominate other dinosaurs and recruit them to your pack! Customize and play as any Dinosaur in your pack and create a powerful family of predators!

HATCH DINO EGGS
Breed baby dinos that will grow into powerful members of your pack! Care for you eggs while they are hatching and then play as your new baby dinosaur!

CUSTOMIZE YOUR DINOSAURS
Choose your dino's name, appearance, skills, and attributes to complement your pack members and become a more powerful group!

LEVEL UP YOUR DINOSAURS
Gain experience by defeating dangerous enemies, caring for your family, and completing missions! Level up your dinosaurs to increase their health and attack damage, earn points to upgrade your dinosaur’s stats, and increase the size of your pack!

UPGRADEABLE BUFFS
Buff Points can be used to upgrade your Roar and Snarl Buffs, which create temporary Stat Boosting auras around your dinosaur when active!

RAGDOLL PHYSICS
Your prey now realistically dangles from your claws as you carry them!

Download the Ultimate Dinosaur Simulator to transport yourself to the Jurassic era and survive in a world of gigantic predators as an all mighty Dinosaur!

If you liked living as a Dinosaur then you'll love our other animal simulators! Download our Ultimate Wolf Simulator and live a wild life in the forest, or turn the Ultimate Dragon Simulator and burn kingdoms to the ground and steal their treasure!

Need help? Use our Ultimate Dinosaur Simulator Walkthrough page or sign up and make your contribution today.

Ultimate Dinosaur Simulator is a simulation game developed by Gluten Free Games, and is available for download on both iOS and Android devices. The app is compatible with iOS 6.0 or later on the following devices: iPhone 11 Pro, X, Xs, SE, iPhone 8, 7, 6, iPad Pro and iPad Mini.

Click the button or scan the QR code below to download the latest version of Ultimate Dinosaur Simulator on iOS. 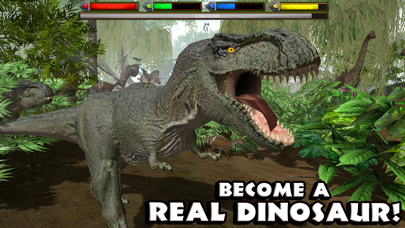 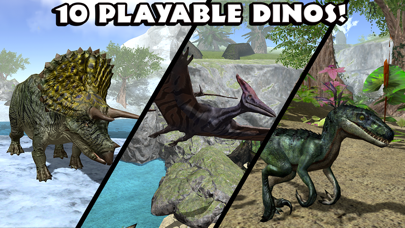 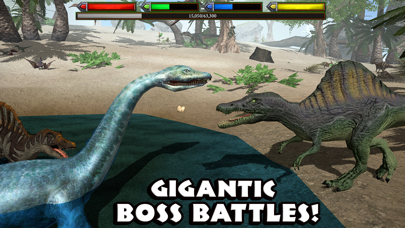 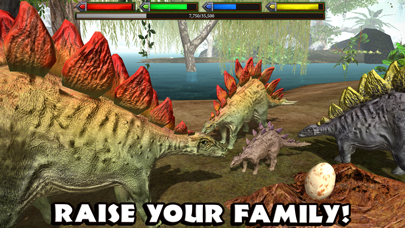 Review: Amazing Download it right now because it’s a really good Game if you’re going to fight a boss for...

Review: Okay Kk so, a few years ago I downloaded this deleted it after awhile but now I’m unable to play...

Review: Amazing but 2 issues The game is amazing but there are 2 issues I’d like to address 1 you should be able to change dinosaurs...

Review: Good game It is a good game if you like dinosaurs I think you should get this game/DinosaurSim.👍🏼🦕🦖🐊

Review: iPad It’s really really cool but it doesn’t work on iPads please work on that