Build the biggest, most blisteringly powerful battleship fleet imaginable, then fight back against the tyrannical Blackwater navy in this hard-hitting action-RPG from the makers of Bloons TD 5.
CRAFT YOUR SHIP
Choose one of 3 ship classes, fill multiple gun slots with powerful weapons, and add Modules to get new abilities. Take your custom ship build into one of 15 missions, and unleash pure havoc as you target your weapons, ram enemies to bits, and trigger ocean boiling special abilities. Earn resources and precious Blueprints with each victory, upgrade your ship, and build a fleet of up to 15 ships to wrest command of the seas away from your relentless enemy.

FAST AND FURIOUS
Forget about slow ship simulations you've seen before - this is smooth, one-touch driving with the ability to dodge incoming fire, auto-target enemies, and line up nitro boosts for awesome ram combos.

CRUSH YOUR ENEMIES
Blackwater isn't going down without a fight - you'll face dozens of vicious enemies who can form a variety of deadly attack groups. Navigate past enemy turrets and fortifications to crush enemy-spawning factories. Then face off against huge armored boss ships that use every ounce of their firepower and their signature special attacks to send you to a watery grave.

BUILD YOUR FLEET
15 different ship types, 16 Bridges, 100+ weapons, and 75+ modules allow you to craft an incredible array of powerful ships. Use Fleet Squadron to call in two of your other ships to tackle tough objectives, or send other ships off on timed missions to come back with critical resources to help you grow even stronger.

You are a captain in the New Coastal Alliance, a coalition of surviving national and private fleets held together by the need to confront Blackwater. You must arm your ship, collect valuable Blueprints to build your strength, and assemble a fleet of warships mighty enough to challenge Blackwater and allow our world to rebuild.

Requirements: Requires iOS 8 or later, iPhone 5 and iPod Touch 5 or later, iPad mini 2 or later, and iPad 3 or later. Single player offline play is supported, but for best experience, progress protection, and support, an internet connection is required to register your game data (player is financially responsible for internet, carrier, data, device, and other services).

A Note on Stores and In-App Purchases: As a paid game, the economy and Blueprint loot systems are balanced so that you do not need to use any store purchases in order to have fun and be successful. For this reason we have provided the option for you to dismiss the Store entirely - you can play as if the store didn't exist by selecting "Never" for the appearance setting. If, however, you want a chance to get Blueprints or resources faster, you can choose for Salty to visit your headquarters from time to time. We're using this unconventional approach to the Store because we understand different players want different things, so please use the settings that suit you best, and feel free to give us feedback at [email protected]

Need help? Use our Fortress: Destroyer Walkthrough page or sign up and make your contribution today.

Fortress: Destroyer is a free-to-play action game developed by Ninja Kiwi, and is available for download on both iOS and Android devices. The app is compatible with iOS 8.0 or later on the following devices: iPhone 11 Pro, X, Xs, SE, iPhone 8, 7, 6, iPad Pro and iPad Mini. 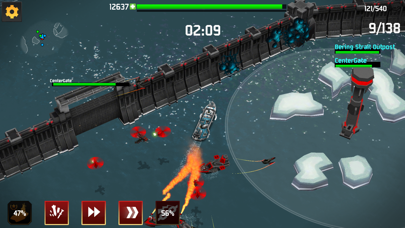 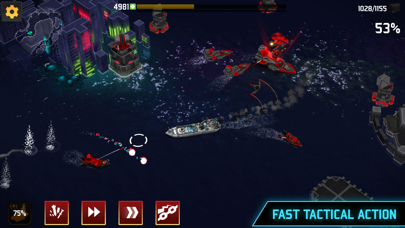 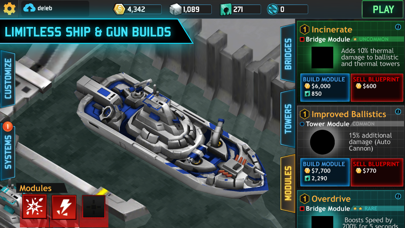 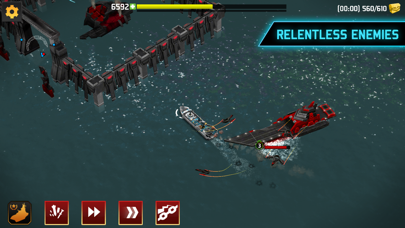 Review: Thank the Devs. Very very satisfying for those with the player who likes progression through levels and equipment. I love the modules but...

Review: Great game but 1 flaw This is a great game but I feel that you should get ship exp from your ships that complete mission...

Review: Satisfying gameplay Please...PLEASE update the game. It keeps on crashing for me when I complete a level or boss fight. It’...

Review: So much potential Gameplay and customization is insanely good. But the lack of new levels in updates means it gets boring after a...