Use your finger to flick rushing cars across the intersection... without CRASHING!
Traffic Rush 2 is the sequel to the beloved smash hit from the early days of the App Store, a game that propelled into Apple's prestigious "All-Time Top Paid iPhone Apps" and later "App Store Rewind" in 2011.

Now presented in charming 3D VOXELS and supercharged with truckloads of unlockable vehicles.

Need help? Use our Traffic Rush 2 Walkthrough page or sign up and make your contribution today.

WINTER HOLIDAY UPDATE: - SANTA brings his sleigh to Traffic Rush 2. Can you unlock it? - 2 TRUCKS added: Milk truck, Dump Truck - 2 TRAILERS added: Horse trailer, Caravan - Improved prize algorithm with a higher chance of winning - Lots of small tweaks and fixes We hope you enjoy this update and wish all our fans an amazing holiday!

Traffic Rush 2 is a free-to-play, strategy and action game developed by Donut Games, and is available for download on both iOS and Android devices. The app is compatible with iOS 6.0 or later on the following devices: iPhone 11 Pro, X, Xs, SE, iPhone 8, 7, 6, iPad Pro and iPad Mini. 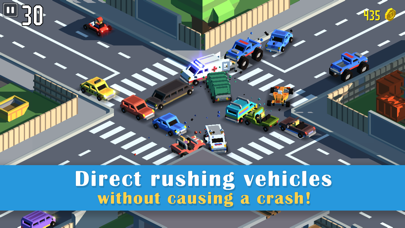 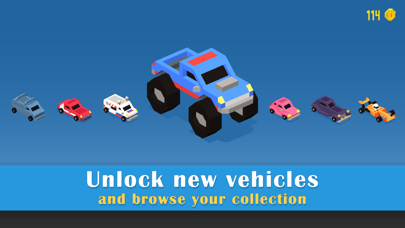 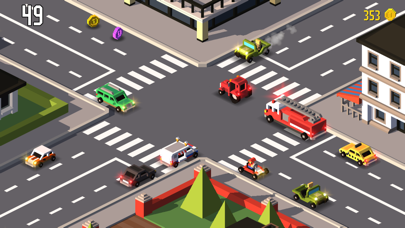 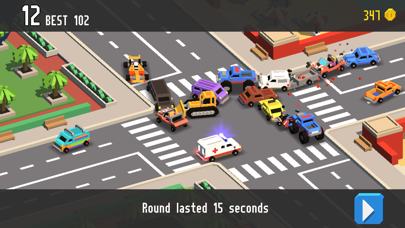 Review: 'Please read' 'Donut games I’m not sure if you’ll see this comment but I just wanted to say your games...

Review: 'Please stop making people get the same car from t 'I would like the game better if you didn’t make it so you could keep getting the same car...

Review: 'Greatest game ever' 'It is great but it I need to get the coin doubler and I never get it'

Review: 'Good gamedoggie' 'I like this game but more details'