The mother of artillery games is back: the famous 1980s Atari ST game "Ballerburg", now with online Multiplayer
Beat the castle at the other side of the mountain!
- Online Multiplayer - beat Ballerburg players from all over the world!
- Hotseat multiplayer on the same device
- Single player against 7 computer opponents in different skill levels and stlye
- Run your kingdoms economy wisely to gain valuable resources for your battle
- Graphics and Sound in retro style, as 25 ago on the Atari ST

Ballerburg proves that simple game concepts are also the best. Two castles, a mountain - and cannons. Beat the enemy kingdoms castle by hitting its well guarded king. For each cannon shoot, angle and amount of used gunpowder has to be adjusted wisely. Changing wind and the fact, that cannonballs and gunpowder are limited resources make the battle even more interesting. As the own inhabitants are paying taxes, this money can be used to rebuild cannons and walls or buy gunpowder, cannons and derricks. But don't tax them too much, otherwise your people might join your opponent.

Now, all those who have been addicted to Ballerburg decades ago can play the cult classic on their iPhones - without having to get their old Ataris from attic. And the feeling will be the same as back then: we tried to get as close to the original version by Eckard Kruse as possible, which means graphics, sound and gameplay - same as 30 years ago.

Need help? Use our Ballerburg Walkthrough page or sign up and make your contribution today.

Ballerburg is a free-to-play strategy game developed by DonkeyCat GmbH, and is available for download on both iOS and Android devices. The app is compatible with iOS 9.3 or later on the following devices: iPhone 11 Pro, X, Xs, SE, iPhone 8, 7, 6, iPad Pro and iPad Mini. 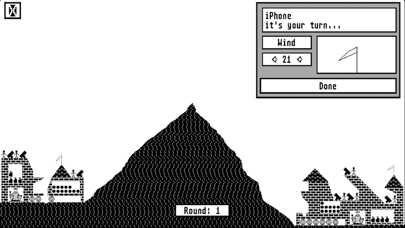 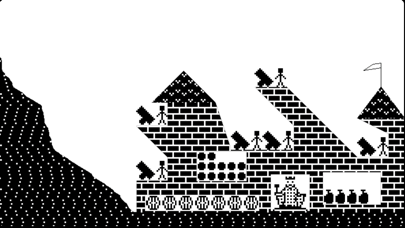 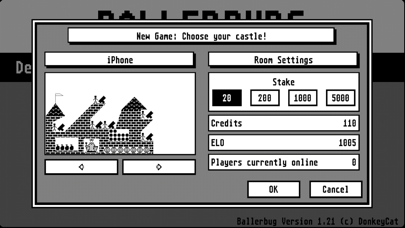 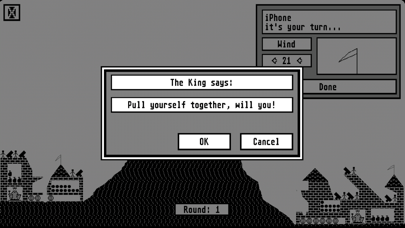 Review: 'Love Atari games!!' 'Thank you for bringing this to IOS!! For those of us who vaguely remember the game, it is fun to...

Review: 'ST goodness!' 'Many childhood memories rekindled by this app. Pity they had to translate it, though.'

Review: 'Great job' 'Everything about this game is exactly as it was on the Atari, for which it was one of the best...

Review: 'Wow that brings memory\'s back,' 'A must for the every Atari fan. We played that game for hours. When you first launch the game it...