Jump into a brand new adventure as a ferocious Lion! Brave a dangerous new world to claim your place at the top of the food chain! Recruit, raise, and customize your lions, hunt down prey to feed your pride, and battle for your life against fierce bosses like the deadly trio of Hyenas!
Download the Ultimate Lion Simulator today while it's 50% OFF for a very limited time!

Brand New Features
REALISTIC SIMULATOR
You'll need to maintain your health, hunger, thirst, and energy if you're going to survive in the wilderness!

EPIC FIGHTS
Wield razor sharp claws and a spine-tingling roar to strike fear into the heart of your foes! Deliver the killing blow by leaping through the air, hitting critical touch-based targets, and pouncing on your enemy! New touch-based commands let you order your pride to surround and attack enemies! Hunt at night with the new Night Vision!

BUILD YOUR LION PRIDE
Dominate other lions and recruit them to your pride! Play as any lion in your pride and create a powerful family of predators! Every lion now has health, stats, and rankings providing significantly more immersive gameplay!

RAISE LION CUBS
Breed baby lion cubs that will grow into powerful members of your pride! Carry them around in your mouth and even play as them to hunt tiny critters!

CUSTOMIZE YOUR LIONS
Choose your lion's name, gender, fur pattern, and even tint them any color of the rainbow to make the pride of your dreams! Reach Alpha status to unlock the heroic furs that show off your prowess as a lion!

LEVEL UP YOUR LIONS
Gain experience by defeating dangerous enemies, scavenging carcasses, and completing missions! Level up your lions to increase their health and attack damage, earn points to upgrade your lion’s statistics, and increase the size of your pride!

UPGRADEABLE BUFFS
Buff Points can be used to upgrade your Roar and Growl Buffs, which create temporary Stat Boosting auras around your lion when active!

RAGDOLL PHYSICS
Your prey now realistically dangles from your mouth as you carry them! Clamp your jaws around the carcass of larger prey and drag them into a secluded area to chow down!

MASSIVE REALISTIC 3D ENVIRONMENT
Rule over an environment so big we had to create three unique dens for your lions to live in! Track your prey down in the vast grassy plains of the Golden Savannah, brave the dangerous Elephant Boneyard, or explore the rocky hills of the Stone Oasis!

HD NEXT-GEN GRAPHICS
From the thick mane and piercing eyes of your lion to the decaying bones of the Elephant Boneyard, everything looks so real you will forget you’re playing a game!

Download the Ultimate Lion Simulator to experience the exciting life of the most dominant predator in the Animal Kingdom, the fierce Lion!

If you liked living as a Lion then you'll love our other animal simulators! Download our Ultimate Wolf Simulator and live a wild life in the forest, check out the Stray Cat Simulator and raise kittens in a crowded city!

Need help? Use our Ultimate Lion Simulator Walkthrough page or sign up and make your contribution today.

Ultimate Lion Simulator is a simulation game developed by Gluten Free Games, and is available for download on both iOS and Android devices. The app is compatible with iOS 6.0 or later on the following devices: iPhone 11 Pro, X, Xs, SE, iPhone 8, 7, 6, iPad Pro and iPad Mini.

Click the button or scan the QR code below to download the latest version of Ultimate Lion Simulator on iOS. 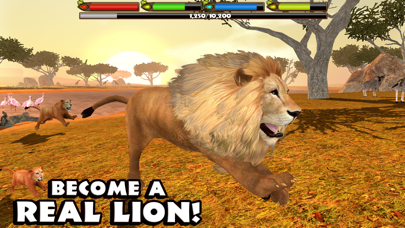 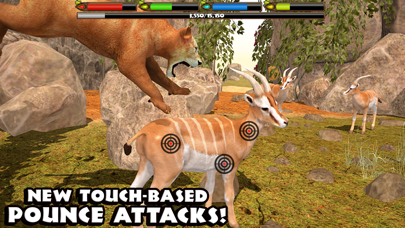 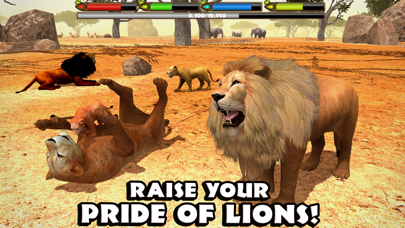 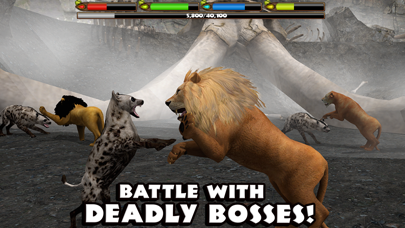 Review: Too good Love the game I think it’s perfect but I realized that you don’t have every animal sims. I...

Review: A glitch When I play as my cub it won’t let me go out of the den I hope you fix...

Review: How to get the cub a mate Question how do you breed the Cub of the mom and dad lion with another lion when the cub growns?

Review: Unrealistic No herds, no clans and animals don’t hunt other animals. Other than that overall good