This game is the answer to one of the most important questions in life: “I can haz lazer kitty?“ Yes you can!
Shooting Stars is a refreshing colorful and funny take on the classic arcade shoot'em up, bullet hell, shmup, space invader like, whatever you want to call it – but finally, with evil aliens disguised as superstars, cats and rainbow lazers. Superstars like Justin Belieber, PewDerPie, Kanye East and many more.


Did you just say rainbow lazers? Yes! Rainbow freakin’ lazers!
Shooting Stars has over 50 stunning ultimate weapons and items to collect. Every item will completely change the way you play. Don’t be afraid to use attacks like Clone Warriors, Freedom Sheeps, a Ro-Cat launcher, the Disco of Doom and so much more. Every game you play will be completely different. And the best part is, pay once – play forever!

Save planet earth in various game modes. Challenge your friends with daily generated levels or go at it alone in the rogue like Card Hunt mode.
Shooting Stars is the complete package of quirky internet awesomeness and shoot‘em up retro feeling.

Need help? Use our Shooting Stars! Walkthrough page or sign up and make your contribution today.

Removed Christmas flair. Christmas bosses are still in the mix.

Shooting Stars! is an action game developed by Noodlecake, and is available for download on both iOS and Android devices. The app is compatible with iOS 6.0 or later on the following devices: iPhone 11 Pro, X, Xs, SE, iPhone 8, 7, 6, iPad Pro and iPad Mini.

Click the button or scan the QR code below to download the latest version of Shooting Stars! on iOS. 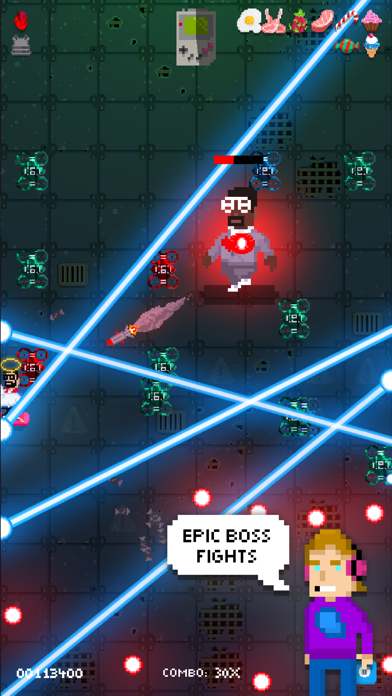 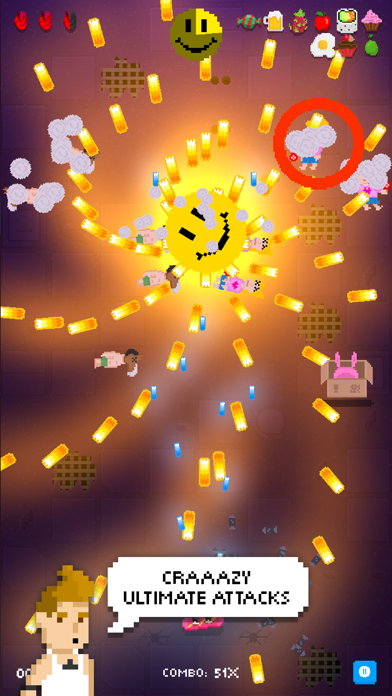 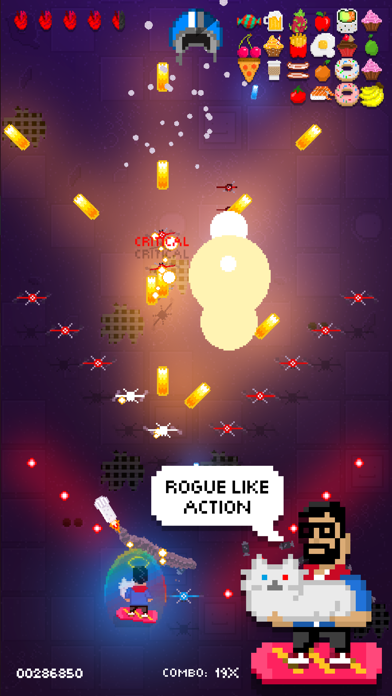 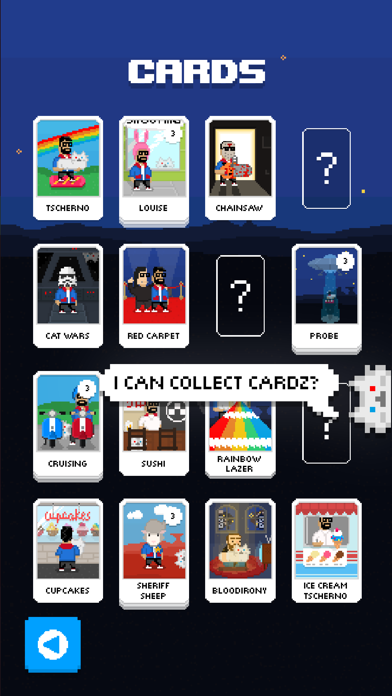