SCHNOPSN like in Austria!
Download the Schnopsn app and play “Schnapsen” against thousands of active players or the computer.

Schnapsen is a card game well-known in taverns of Austria and other German-speaking regions.

* Play Schnapsen with your friends – online or via Bluetooth

* Enjoy the realistic display of the cards on the table and get the feeling of playing in an Austrian Tavern!

In contrast to card games like Solitaire, you can play Schnopsn alone or with yours friends. It's as easy to learn but you will have to develop good strategies and tactics to beat your opponent.

Need help? Use our Schnopsn Pro Walkthrough page or sign up and make your contribution today.

Schnopsn Pro is a board game developed by DonkeyCat GmbH, and is available for download on both iOS and Android devices. The app is compatible with iOS 8.0 or later on the following devices: iPhone 11 Pro, X, Xs, SE, iPhone 8, 7, 6, iPad Pro and iPad Mini. 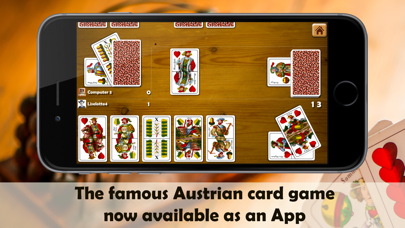 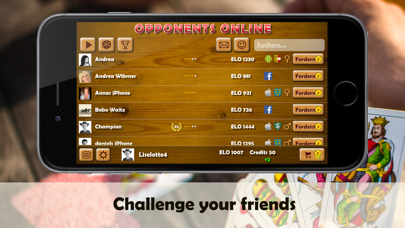 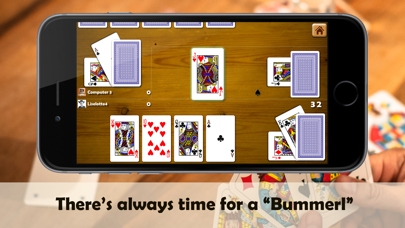 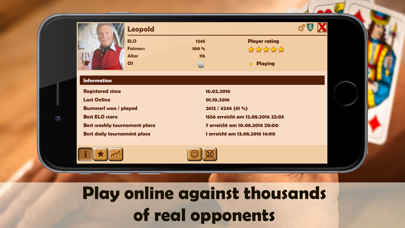 Review: 'Awesome game and memory stick in one' 'Works perfectly! The interface is very intuitive and there are lots of settings to choose from. In addition to the...