Form your own pirate crew and set sail for adventure!Use the simple tap controls to pull off powerful combos!
The world of One Piece awaits you!

-An All-New Battle System Made Just for Your Smartphone!-
ONE PIECE TREASURE CRUISE features intuitive tap controls that’ll have you sending foes flying in no time! Tap your characters at the right time to form combos and deal massive damage! What’s more, each character possesses unique special abilities that make battles even more exciting! Re-enact thrilling battles from the original story using your favorite One Piece characters!

-Relive Your Favorite Moments from the One Piece Storyline!-
The tale begins in Fushia Village, where a young Luffy has his fateful encounter with Red-Haired Shanks. With each Quest you complete, another chapter of the epic tale unfolds, allowing you to experience the magnificent story of One Piece all over again!

-Form a Crew with Your Favorite One Piece Characters!-
Collect WANTED posters in battle and head to the Tavern to recruit new characters for your crew! There are tons of recruits available, including both major and supporting characters! Gather your favorite pirates and train them to become the mightiest crew to ever sail the seas!

-Perform “Tandem” Attacks to Deal Huge Damage!-
Chain together attacks with certain characters in a specific order to perform a Tandem attack that deals incredible damage to all enemies!

For information on the latest recommended models and answers to frequently asked questions, visit:
http://bnfaq.channel.or.jp/contact/faq_list/1530

Need help? Use our ONE PIECE TREASURE CRUISE Walkthrough page or sign up and make your contribution today.

About ONE PIECE TREASURE CRUISE

ONE PIECE TREASURE CRUISE is a free-to-play adventure game developed by BANDAI NAMCO Entertainment Inc, and is available for download on both iOS and Android devices. The app is compatible with iOS 6.1 or later on the following devices: iPhone 6, iPad Air and iPad Mini. 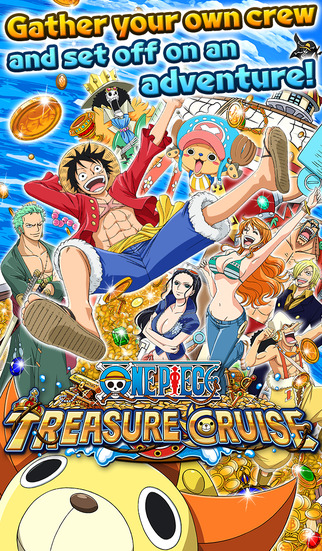 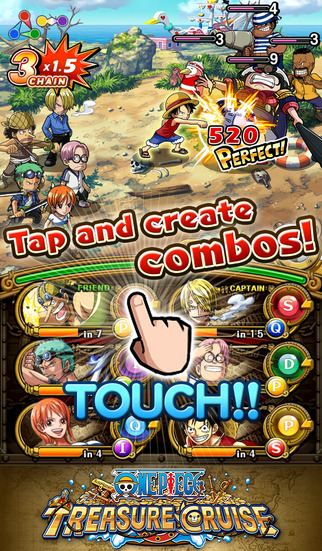 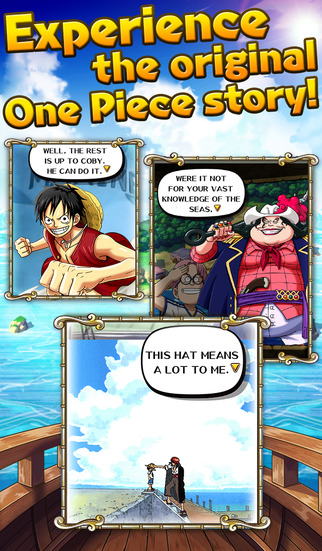 Review: 'Update' 'Why do I have to sit through a 6 minute download every time I want to play'

Review: '5 years later' 'I have tried other mobile and gotcha games, and optc is the best one out there. I just came back...

Review: 'Very short' 'This is not age four those boobs are to big 😂😂'

Review: 'Bandai Namco! Pls' 'The Game is Amazing but It would be better if they was a Cooperative Mode where you can play With...