Spread your wings and conquer the sky as a mythical Griffin! Explore vast worlds of legendary creatures, dangerous monsters, and deadly bosses! Start your own griffin family, wage war on orc bases, and battle for your life against deadly enemies like orcs, treants, and dragons!
Download the Griffin Simulator today while it's 50% OFF for a very limited time!

Game Features
+ REALISTIC SIMULATOR - You'll need to maintain your health, hunger, thirst, and energy if you're going to survive!

+ EPIC FIGHTS - Fight for the honor and glory of your kingdom against the evil orc empire. Use your razor sharp talons and massive powerful wings to destroy entire buildings and defeat your enemies!

+ 5 UNIQUE WORLDS - Search out hidden portals that will teleport you to unique new worlds with new enemies and bosses to fight! Conquer a world of lava, a land of ice, a monstrous forest and much more!

+ BOSS BATTLES - Ready to put your griffin to the test? Enter into combat with 5 deadly bosses that will push you to your limits! Succeed in slaying them and your rewards will be plentiful!

+ COLLECT TREASURE - Massive loot drops will satisfy your griffins lust for gold! Spend your fortune to customize your griffin with unique skins, mythical armor, and even hire soldiers to ride your back and lend you special powers!

+ LEVEL UP YOUR GRIFFINS - Gain experience by defeating enemies and destroying orc strongholds! Level up your griffins to increase their health, attack damage, and even unlock new attacks like Tornado Gust!

+ START A FAMILY - Find a mate to breed with and hatch your very own baby griffins to help you hunt! Watch your baby griffins grow in size and assist you in combat!

+ SURVIVAL GUIDE - Look to your handy survival guide for a map of the world, your treasure collection, griffin upgrades and customizations, and much more!

+ NEW TOUCH-BASED CONTROLS - Brand new intuitive controls let you navigate your griffin like never before! Pinch to zoom and play from your griffin's perspective or get a bird's eye view of the action!

+ HD GRAPHICS - Stunning High Definition graphics will dazzle your display! Three levels of detail will provide the perfect performance and look for your device!

+ GLUTEN-FREE PROMISE - With all of our games you will always get the full game with no ads or additional purchases!

Download the Griffin Simulator and wield the power of the mythical half eagle, half lion beast of legend!

If you liked living as a Griffin then you'll love our other animal simulators! Download our Eagle Simulator and soar through the skies, check out the Cheetah Simulator and pounce on your prey in the wild savanna, or download World of Dragons: Dragon Simulator to incinerate everything in your path!

Need help? Use our Griffin Simulator Walkthrough page or sign up and make your contribution today.

Griffin Simulator is a simulation game developed by Gluten Free Games, and is available for download on both iOS and Android devices. The app is compatible with iOS 8.0 or later on the following devices: iPhone 11 Pro, X, Xs, SE, iPhone 8, 7, 6, iPad Pro and iPad Mini.

Click the button or scan the QR code below to download the latest version of Griffin Simulator on iOS. 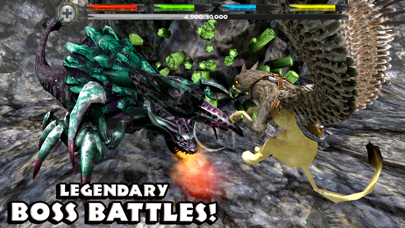 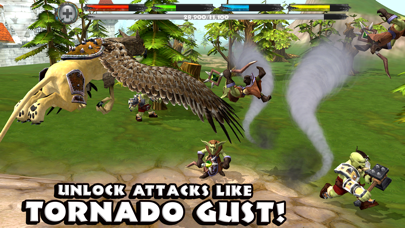 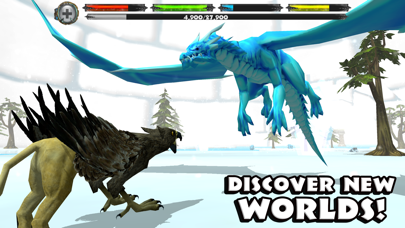 Review: Griffin My son loves this game and so do I! Five stars

Review: So munch fun! I love this game but I wish I could upgrade more things.

Review: It’s kinda good😕 I think that we should be able to fly in place and that we can control the angle too