Purge the undead! Awesome upgradeable guns and armor, unique class skills, and 4 player co-op! Play the most intense zombie shooter on mobile, from the makers of Bloons TD 5.
A virus outbreak on a distant trans-federation planet unleashes horrors from humanity's past. A powerful, rapidly growing zombie horde threatens the very existence of humankind, and the only ones capable of fighting back are the highly skilled, highly weaponized special forces of the S A S. Choose from 3 unique character classes, maximize the fully customizable skill tree, and select from hundreds of weapons and armor pieces to build the ultimate zombie killing hero. Play dynamic, challenging levels in single player or 4 player cooperative multiplayer and give our ravaged civilization its last best hope for survival.

INTENSE ACTION
Zombies swarm the screen, exploding into bits under your hail of bullets. Each of the 17 unique zombie types have special attacks and behavior, and they can evolve - manifesting terrifying new powers as you progress through the game. And just when you think you've beat them all, savage boss zombies hunt you down, puking out acid worms or storming after you in rage mode. Learn their strengths and weaknesses as you lead the action across 7 story-driven maps with varying victory conditions.

UNBEATABLE 4 PLAYER CO-OP
Quickmatch with up to 3 other players of similar level and use the custom skills and weapons chosen by all players to form an effective fire team. Coordinate auto-turret placements, high level room-clearing powers like Assault Team, Aerial Bombardment, and Zombie Antidote, and move physics objects to create temporary cover while you paint the room red.

HEAPS OF EPIC LOOT
Over 160 incredible guns and armor pieces are locked up tight inside increasingly rare strongboxes that you can find in secret rooms or on the mangled remains of your enemies. Your loadout includes a pistol and two rifle class weapons - choose from fast firing submachine guns, devastating shotguns, high damage assault rifles, brutal machine guns, flamethrowers, rocket launchers, lightning guns, and more. Armor up for protection against physical, thermal, and chemical attacks, then round out your arsenal with auto-turrets, grenades, and special high damage ammo to rip through the undead before they rip through you.

AMAZING RPG-STYLE UPGRADES
The Assault, Medic, and Heavy Gunner classes each have unique upgrade trees, giving each character 19 skills to customize. Hundreds of guns and armor pieces have a range of grades and a powerful RED version when you reach high levels. In addition you can add powerful augmentations to your guns and gear which enhance core properties like damage and rate of fire, but can also improve reload time, resist damage, and heal.

Please Note: SAS: Zombie Assault 4 is free to download and play (aside from internet, carrier, data, device, and other services for which the player is financially responsible), but some in-game items can be purchased with real money. You can turn off the payment feature by disabling in-app purchases in your device's settings.
SAS: Zombie Assault 4 is recommended for players 12 years of age and older, and the fantasy violence, gibs, and zombie blood are to be expected given the survival theme. We have included a "Gore" setting on the Options screen specifically for young or sensitive players, and this removes the blood and gibs when Gore is toggled Off.

Need help? Use our SAS: Zombie Assault 4 Walkthrough page or sign up and make your contribution today.

* Bug fixes Contracts now live! Enter the private sector with brand new contract missions! Corporations from around the galaxy are looking to enlist your help in completing a variety of challenging missions on several, never before seen, new maps! Each contract has a different objective which you'll need to complete to claim it's fantastic rewards. New contracts are always appearing so there are always opportunities earn great prizes!

SAS: Zombie Assault 4 is a free-to-play action game developed by Ninja Kiwi, and is available for download on both iOS and Android devices. The app is compatible with iOS 6.0 or later on the following devices: iPhone 6, iPad Air and iPad Mini. 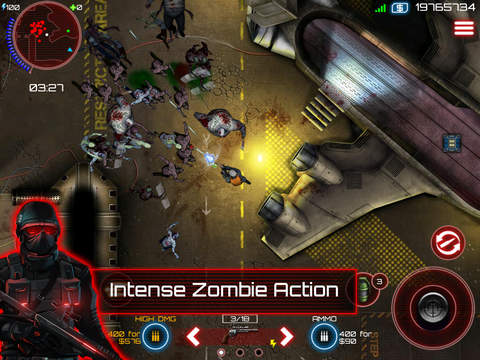 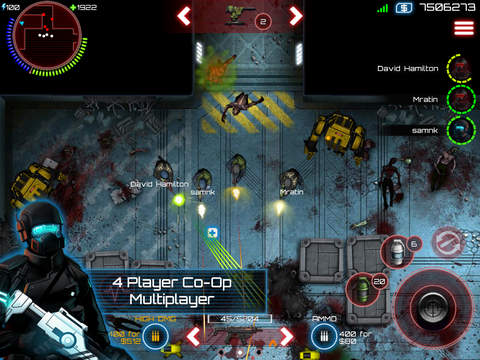 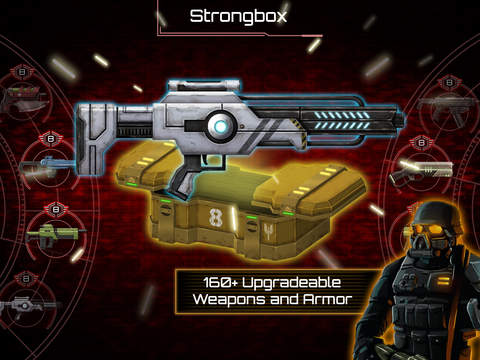 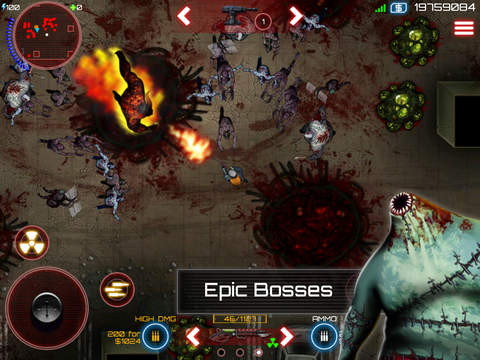 Review: 'The revives.' 'I love everything about this game except the revive tokens. The reason is, you only have 3 and after that, you...

Review: 'We could use more content , been a few years sinc 'Last update was guns that const IRL money, maybe some new maps or modes ? Or add I. The welding system...

Review: 'Decent' 'It is really good but crashes all the time on vip'

Review: 'Bored' 'Its just the same few missions and it makes the game so boring to play on mobile. Its an amazing...