Explore the depths of the ocean and live life as a Great White Shark! Survive in a massive underwater world filled with dangerous predators and tasty fish. Terrorize the beaches, raise a family, hunt your prey through tropical coral reefs, and battle for your life against fierce carnivores like orca whales, dolphins, and octopuses!
+++ #1 Role Playing Game (RPG) on iPad in the US and 32 other countries! +++

Game Features
+ REALISTIC SIMULATOR - You'll need to maintain your health, hunger, oxygen, and energy if you're going to stay at the top of the food chain!
+ EPIC BATTLES - Use your powerful jaws and swift speed to catch tasty fish and fight dangerous animals!
+ START A SCHOOL OF SHARKS - Find a mate to bond with and raise your very own family of sharks to help you hunt! Watch your babies grow in size and assist you in combat!
+ LEVEL UP YOUR SHARKS - Gain experience by defeating other animals and level up your sharks to increase their health, attack damage, and even unlock new shark skins!
+ SHARK SURVIVAL GUIDE - Look to your handy survival guide for information on enemy wildlife, a map of the ocean, family status, and much more!
+ HUGE 3D ENVIRONMENT - Your shark is free to explore a gigantic open world ocean filled with dangerous carnivores, coral reefs, and a tropical island!
+ NEW TOUCH-BASED CONTROLS - Brand new intuitive controls let you navigate your animal like never before! Pinch to zoom and play from your shark's perspective or get a bird's eye view of the action!
+ HD GRAPHICS - Stunning High Definition graphics will transport you to underwater world filled with seaweed forests and vibrant coral kingdoms!
+ GLUTEN-FREE PROMISE - With all of our games you will always get the full game with no ads or additional purchases!

Download the Wildlife Simulator: Shark and swim to the top of the food chain as a ferocious Great White Shark!

If you liked living as a shark then you'll love our other animal simulators! Download Jurassic World: Tyrannosaurus Rex Simulator to travel to a lost land of dinosaurs or check out the Safari Simulator: Lion and rule over the animal kingdom!

Need help? Use our Wildlife Simulator: Shark Walkthrough page or sign up and make your contribution today.

Wildlife Simulator: Shark is a simulation game developed by Gluten Free Games, and is available for download on both iOS and Android devices. The app is compatible with iOS 7.0 or later on the following devices: iPhone 11 Pro, X, Xs, SE, iPhone 8, 7, 6, iPad Pro and iPad Mini.

Click the button or scan the QR code below to download the latest version of Wildlife Simulator: Shark on iOS. 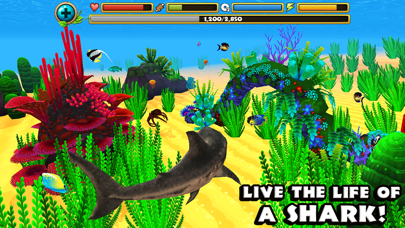 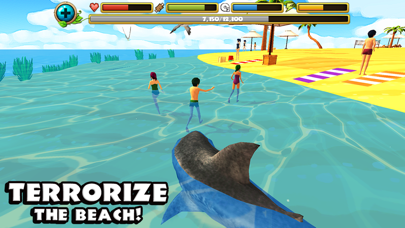 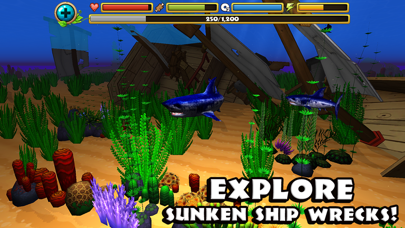 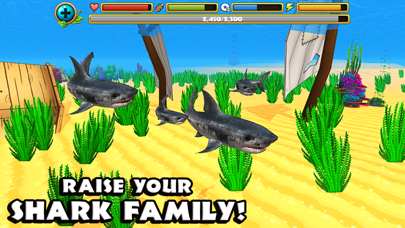 Review: Love sharks but..... My fav. Animal is the wolf and shark thx for making both of those simulators but the shark one is...