Turn your iPhone or iPad into a personal interpreter for 33 languages.
The "Travel Interpreter" is a talking, illustrated phrasebook which translates words and phrases into 33 languages. The app offers you the unique opportunity to communicate abroad without any special language skills, as it can simply speak the translation as required. Easily understandable illustrations make communication even easier.

You can use the "Travel Interpreter" to order plane tickets, book hotel rooms, take a car to be repaired or order a meal in a restaurant without any language skills at all. More than 2,200 phrases and words are included for each language, all of which are clearly categorised according to the respective topic, such as customs, hotel, service, driving, car services, sightseeing, entertainment, eating and drinking, sport and leisure.

• More than 2,200 illustrated phrases and words with audio tracks are included per language.

• All phrases are spoken by native speakers.

• Precise and simple categories organized into topics and sub-topics.

• No Internet connection required for use. All content stored on the device.

• Each entry is illustrated, making communication even easier.

• Very easy to use by young and old.

• Favorites category for saving words and phrases in to your own list.

• Exercise based on the flashcard drill concept, so that you can learn words and phrases from your favorites list.

• Function that allows you to slow down playback speed of foreign words and phrases.

Travel Interpreter - Multilingual Phrasebook is an application developed by Jourist Verlags GmbH and released on iOS. The app is compatible with iOS 7.0 or later on the following devices: iPhone 11 Pro, X, Xs, SE, iPhone 8, 7, 6, iPad Pro and iPad Mini. 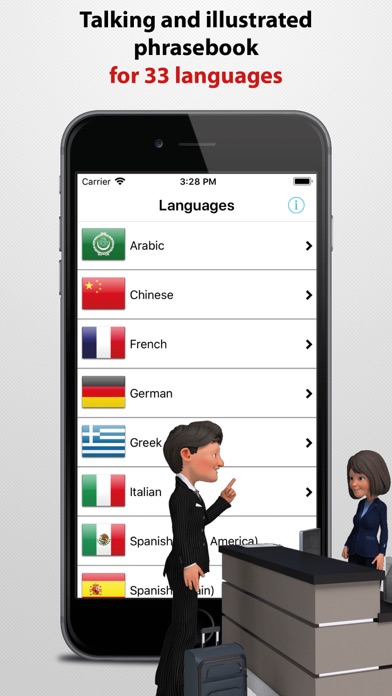 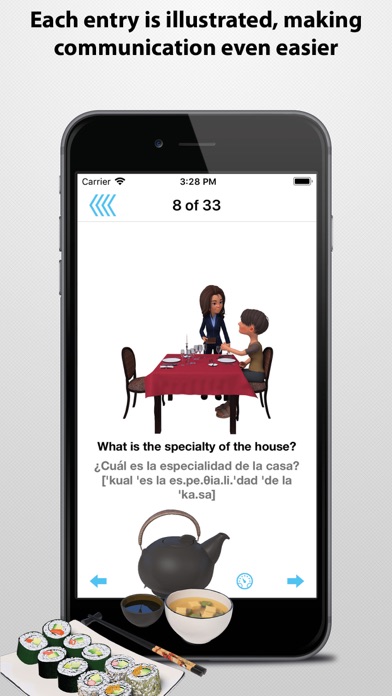 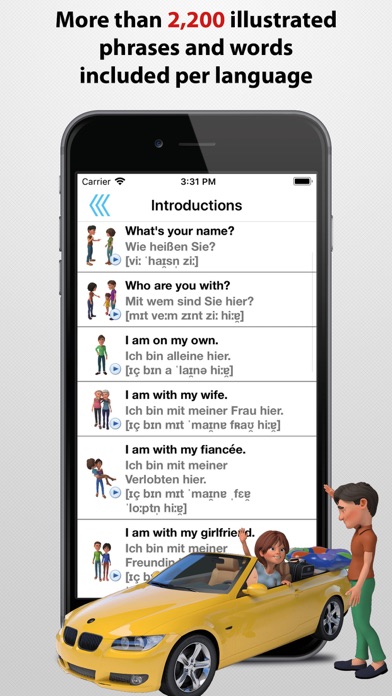 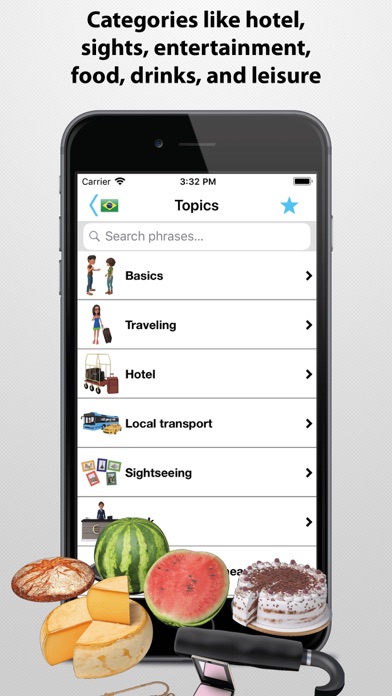 Review: Works great now Hello. It didn’t work at first. But after restarting the phone it’s works great. Thank you

Review: Useful app but. I love it. It is an useful app for the regular traveler but I have problems with some languages, Italian...

Review: Excellent app for travelers I just went on a trip that included Milan, Italy, Budapest Hungary and Frankfurt Germany – this app worked GREAT. I...

Review: Awesome! I use this app a LOT & the translations are dead on. I have had Thai, Hungarian & Russian people tell me...