LEGO® Star Wars™: The Complete Saga is available on iOS for the first time!
***Episode I Story Mode is FREE for a limited time.***

**Episodes II – VI and other content available via in-app purchases.**

Experience the entire collection that combines the original LEGO Star Wars: The Video Game and the sequel LEGO Star Wars II: The Original Trilogy for hours of epic Star Wars content and fun gameplay all from your iOS device! Begin your adventure in Star Wars: Episode I The Phantom Menace and journey through all six episodes in the whimsical style and humor of LEGO. May the bricks be with you!

This game is filled with content! You’ll need 1.44gb of available space on your device if you install over wifi, but only 735mb of space if you download on your computer and then sync.

As with many large app installations, we advise that you restart your device after installing as this will resolve some stability issues. Also make sure you have installed the most recent firmware.

When re-installing the App, please select ‘Restore All Purchases’ from the main menu and allow a few moments to ensure your purchases have become active.

This is a high memory usage app. If you have performance issues, try closing down background apps or restarting the device.

From the Trade Federation’s “negotiations” with Obi-Wan Kenobi and Qui-Gon Jinn in The Phantom Menace to the space battle above Endor in Return of the Jedi, play the most memorable and exhilarating scenes from your favorite episodes. Also unlock special bonus content featuring Bounty Hunter missions, a special Challenge Mode, Arcade Levels, and more!

Play as your favorite Jedi Knight or Sith Lord! There are over 120 playable characters to unlock, including Luke Skywalker, Darth Vader, Han Solo, and Boba Fett.

Which side of the Force will you use? Both dark and light side characters have their own unique Force abilities. Will you use a Force Throw to defeat the Jedi or choose your Lightsaber and Force Push to take down the evil Empire?

Smash objects into LEGO bricks and switch characters on the fly as you play through different story levels. Create your own Star Wars character mash-ups like Han Windu and Lando Amidala!

Switch between “Classic” and “Touch Screen” controls to find the play-style that suits you best.


If you enjoy LEGO games, be sure to check out LEGO Batman: DC Super Heroes, LEGO The Lord of the Rings, LEGO Harry Potter: Years 1-4 and Years 5-7, and LEGO Friends.

Need help? Use our LEGO Star Wars: The Complete Saga Walkthrough page or sign up and make your contribution today.

LEGO Star Wars: The Complete Saga is a free-to-play, adventure and action game developed by Warner Bros, and is available for download on both iOS and Android devices. The app is compatible with iOS 8.0 or later on the following devices: iPhone 11 Pro, X, Xs, SE, iPhone 8, 7, 6, iPad Pro and iPad Mini. 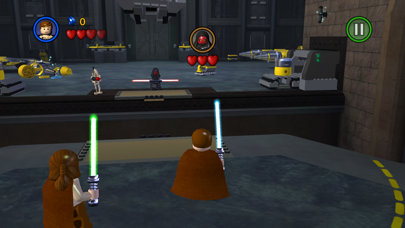 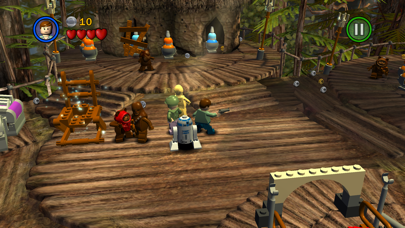 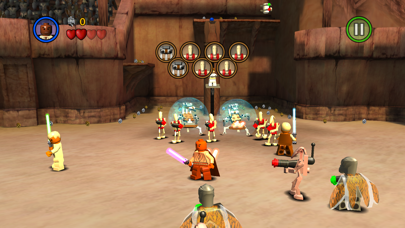 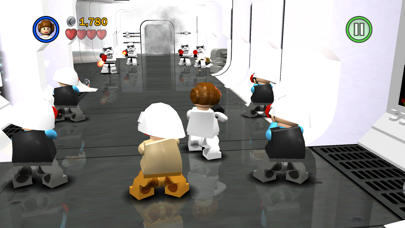 Review: Controls are Trash This game is pretty good, and exactly what I was looking for: an old Xbox game on my phone. It’...

Review: Best game ever but a issue has appeared I played this LEGO Video-game on the Wii before and i enjoyed all of it, Thank god Warner Bros Games...

Review: My favorite lego game This game is AMAZING it brings back so many memories the amount of characters in this game is incredible and...

Review: best game! I would really recommend this game! so many characters and so many levels! Best mobile Star Wars game of all...

Review: About the game Love it. I will say this about the characters. I think Palpatine without the hood and red robes and the...