Conquer your enemies and expand your Kingdom in this FREE PvP strategy game! Lead your troops, defend against other players and rage against the evil forces sent by the king of the Iron Swarm. Rule your Kingdom, build your armies, and power your castle stronghold with unique weaponry!
- VANQUISH your enemies with Fireball Catapults, Lightning Cannons and Watchtowers!
- BATTLE players around the world for treasure and for the glory of your kingdom!
- BUILD the ultimate TD fantasy stronghold to defeat your opponents!
- SEIZE upon MMO features like real time chat and troop donation to extend the reach of your empire!
- FORGE your own alliance of players to reign over your opponents, or join an elite alliance and conquer together!

Please note: Kingdom Clash is an online only game. Your device must have an active internet connection to play.

Need help? Use our Kingdom Clash Walkthrough page or sign up and make your contribution today.

ALLIANCE WARS: Pit your Alliance against others for Glory and Gems! Start an Alliance War under the global tab and win as many battles as possible in twelve hours. Your soldiers have returned to the Barracks for additional training. The following troops have been rebalanced: Knight (level 1-2). Bear (level 1-5). Airship (level 1-5).

Kingdom Clash is a free-to-play, adventure and strategy game developed by FireMocha, and is available for download on both iOS and Android devices. The app is compatible with iOS 4.3 or later on the following devices: iPhone 11 Pro, X, Xs, SE, iPhone 8, 7, 6, iPad Pro and iPad Mini. 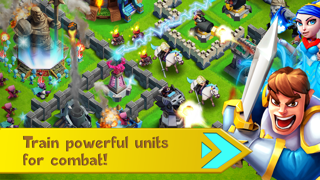 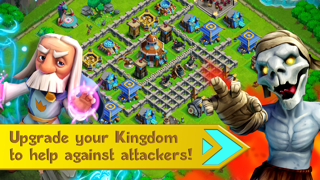 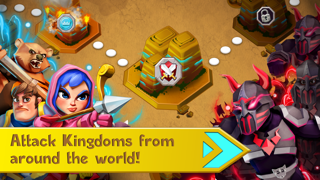 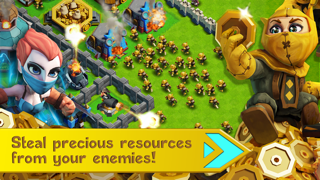 Review: 'Hey guys GET THIS THING UPDATED' 'This game was the birth place of some of my closest friends and rn this game is so old that...

Review: 'Needs to be updated' 'I love this game, but I got a new iPad and this app doesn\'t work with iOS 11. Please update...

Review: 'Awesome game' 'It\'s the most awesome and addictive game I have ever player.I love it.Kep it up guys\'ll'