Wake up with your voice!

iNet WOL is a tool to wake computer from sleep via a local network or the internet.Its outstanding feature is its easiness of usage and the simple setup process.

With iNet WOL you can:

• Wake computer on the local network from sleep
• Wake computer via the internet
• Sleep, shutdown or reboot a computer remotely (Mac OSX only at the moment)
• Add new devices with one touch (No need to enter MAC address)

iNet WOL scans the devices connected to your local network and shows them along with their name, IP and vendor at the tip of a button. You do not need to find out the MAC addresses or type them in. Just click on an item in the generated list to add it to your favourites.

Start iNet WOL and click on the device you want to wake up. Its that simple.
For more detailed setup instructions regarding wake on lan via internet please see our website.

Additional prerequitsites for WOL via internet:
• The network must be reachable via internet
• Router must be capable of forwarding wol packages
• Router and firewall must be configured correctly

Limitations:
Wake On Lan with subnet directed broadcasts is not supported in version 1.0. We will implement this feature in a future update. Wake On Lan currently works within the same subnet.

iNet WOL is also included in our network scanner iNet, alongside with other network tools like ping, Bonjour scanner, portscan and more.

If you just need a fast and easy solution for computer wake up - iNet WOL is perfectly suited for you.

About INet WOL - Wake on Lan

INet WOL - Wake on Lan is an application developed by BananaGlue GmbH and released on iOS. The app is compatible with iOS 10.3 or later on the following devices: iPhone 11 Pro, X, Xs, SE, iPhone 8, 7, 6, iPad Pro and iPad Mini. 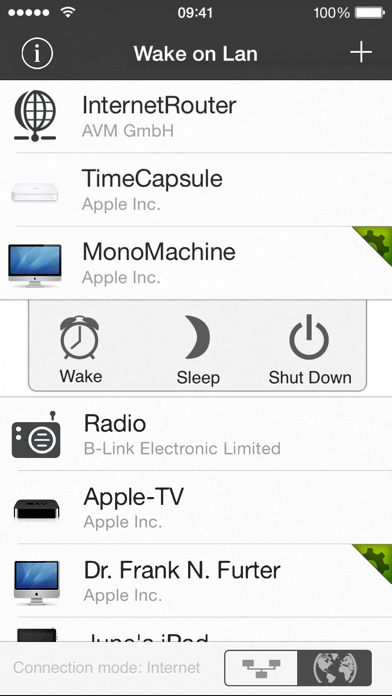 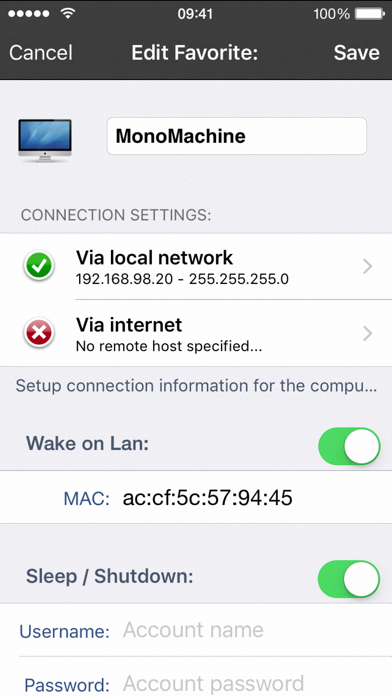 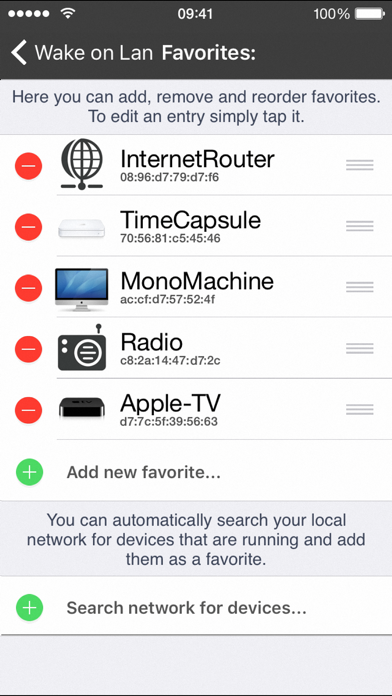 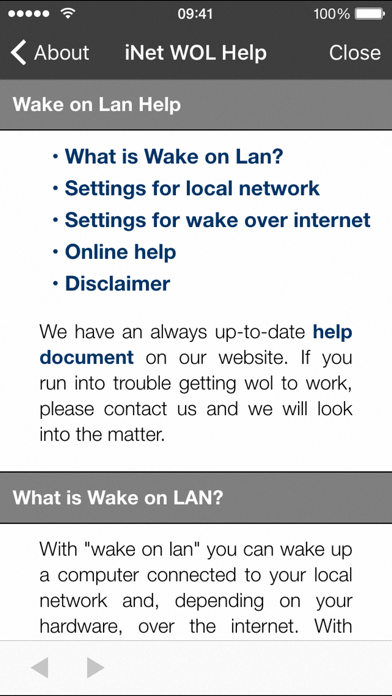 Review: 'Wake Won’t Work' 'I can make my Mac lie down (sleep) and play dead (shutdown), but it seems to hate waking up just...

Review: 'Why is this a 63mb app?' 'etherwake, a command line app in Linux that does the exact same thing, is a whopping 11kb; yet, for some...

Review: 'Didn’t work for me...' 'I thought this was working to wake via internet…I set up port forwarding on my router as per the...

Review: 'Works to WOL my Mac over wifi with Time Capsule' 'Works great to WOL my 2010 Mac Mini remotely over the Internet!\n\nKey steps:\n- Have a dynamic DNS service...