Try your luck in finding the $1,000,000 briefcase in the only officially licensed app based on the hit TV game show! You'll need nerves of steel and a little good fortune to beat the Banker. No trivia, no stunts. Just one question: Deal or No Deal? Do you have what it takes to make the right deal or will you be left with nothing? Test your skills now.
With nearly 4 MILLION downloads…hear what our players have to say about Deal or No Deal!

*****by Grams8
“Game is just like the TV game. Makes me just as nervous playing this game as it did when I watched it on tv. Love it!”


We'd like to thank all of our players for helping Deal or No Deal hit the top charts:

#2 in the United States, Canada, and Egypt!

Need help? Use our Deal or No Deal Walkthrough page or sign up and make your contribution today.

About Deal or No Deal

Deal or No Deal is an application developed by iwin, Inc and released on iOS. The app is compatible with iOS 6.0 or later on the following devices: iPhone 6, iPad Air and iPad Mini.

Deal or No Deal Screenshots 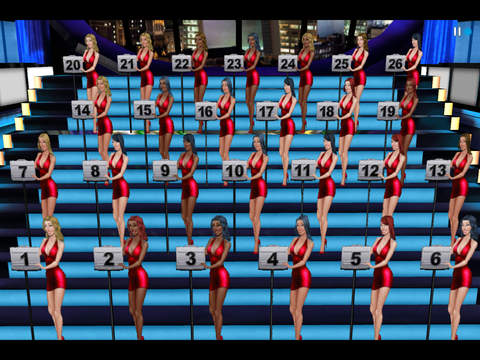 Review: 'Cases' 'Make the to prize to 2 million dollars'

By deal or ni deal

Review: 'It would be great if you didn’t have to wait' 'I LOVE LOVE LOVE this game, but it would be a million times better if you didn\'t have too...

Review: 'Spectacular' 'It is a good game but I would like to go and try for this show on the real deal...

Review: 'I wanna know if I’d get the prize I won' 'So I played and won the million case and it automatically entered as an entry to win the pressure cooker....

Deal or No Deal Add-Ons