The Official Street League Skateboarding Mobile Game.
#1 game in 80 countries. Loved by skaters all over the world.

Note: True Skate comes with a single skate park and contains additional content only available by In-App purchase. See below.

Features:
- Realistic touch based physics.
- Flick the board to make it react exactly how you would expect.
- Drag your finger on the ground to push.
- A beautiful skate park to get lost in including ledges, stairs, grind rails plus a bowl, half pipe and quarter pipes. (Additional skate parks are now available as an In-App Purchase)
- Slow motion.
- User challenges
- Replay sharing
- Global leaderboards.

Need help? Use our True Skate Walkthrough page or sign up and make your contribution today.

- Fixed issue which could cause the skateboard to catch on some skatepark objects. - Improved purchasing items while not logged into a True Axis account.

True Skate is a sports game developed by True Axis, and is available for download on both iOS and Android devices. The app is compatible with iOS 8.0 or later on the following devices: iPhone 8, iPhone 7, iPhone 6, iPad 3, iPad Mini and iPod Touch 5G or newer. 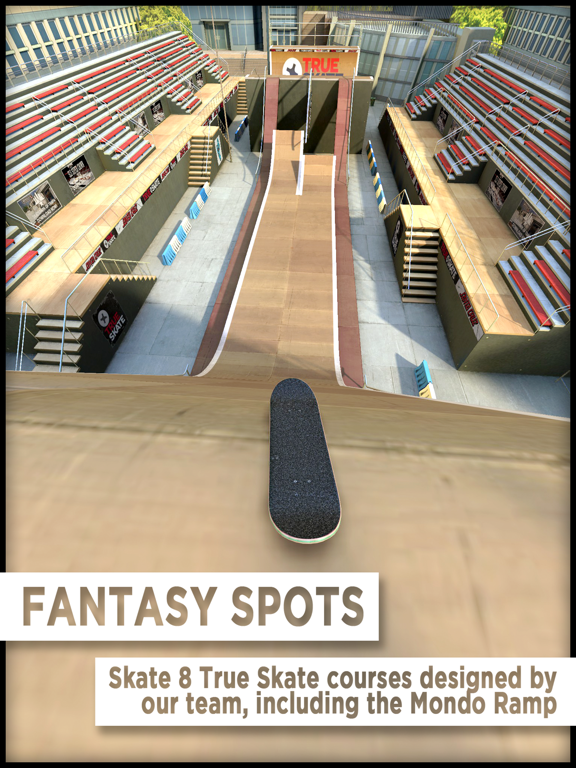 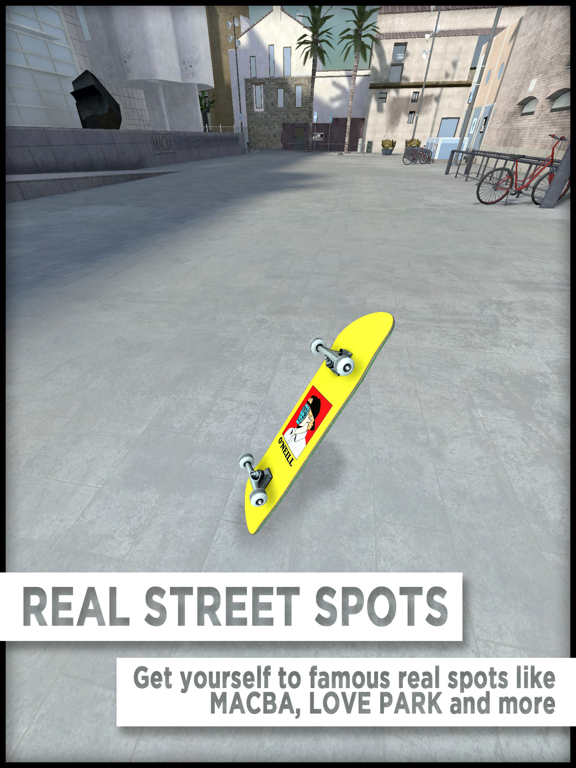 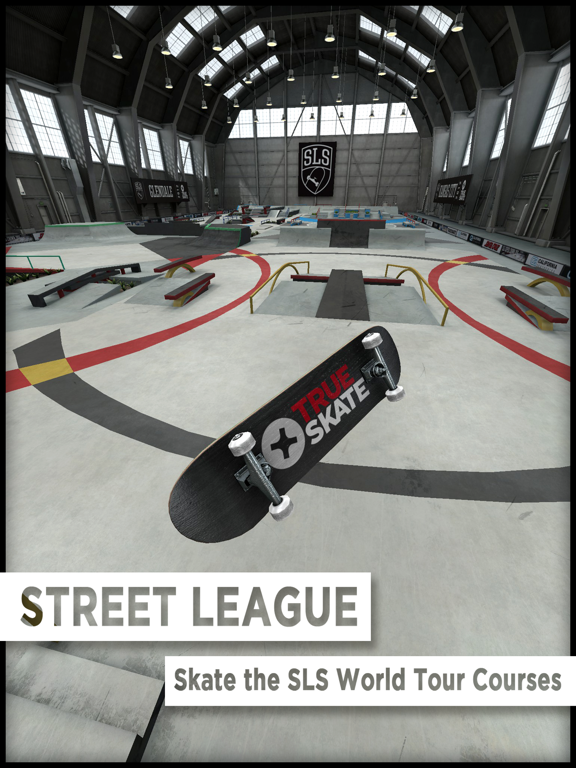 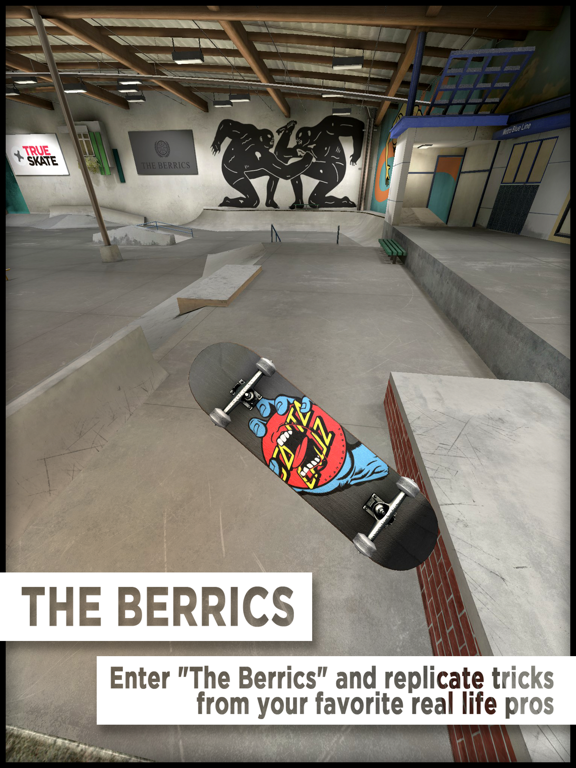 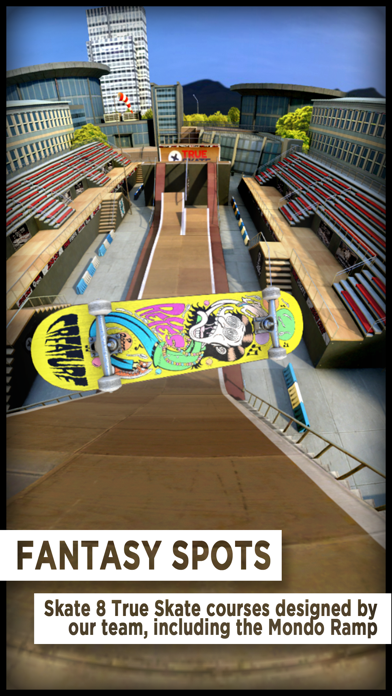 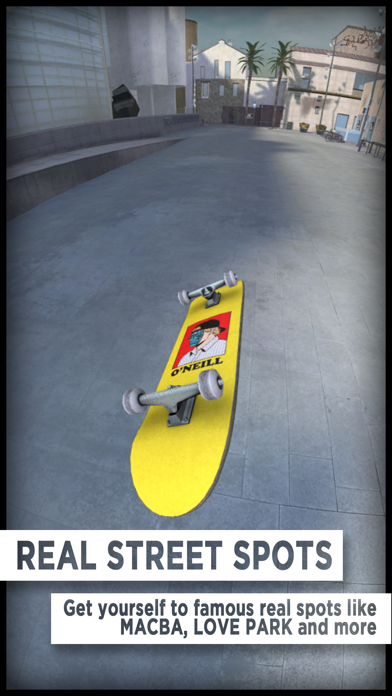 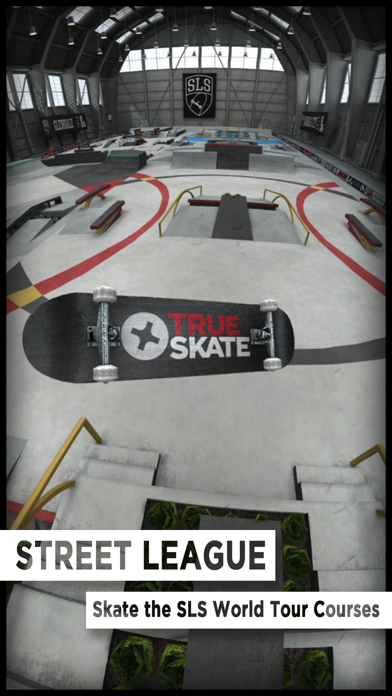 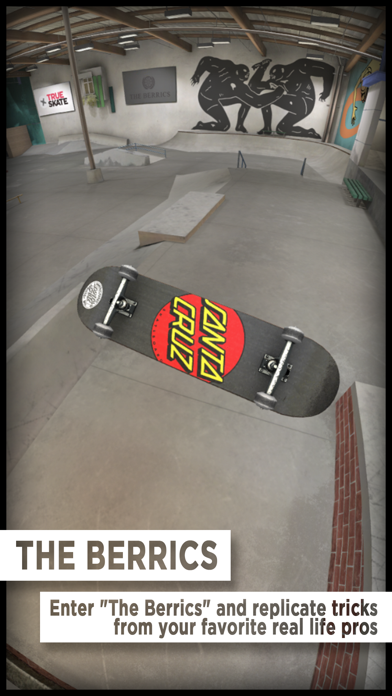 Review: Amazing!!! This is the type of game that I have been looking for! The overall gameplay and physics of it are...

Review: Good game but had some issues So the game is great,I spend a lot of time playing it but when ever I go to put...

Review: My favorite game This is literally the best game ever!!!!

Review: Awesome game with some small glitches & tweaks After having true skate for about 2 years I’ve noticed a lot. At first it would never let me lock...

Review: Good, but a problem. developer please fix I love this game but something is wrong. I will sign into an account on another phone and I will...