Election season has rolled around once again but this time get ready to Bash the Vote!
Its a new way to support your candidate as well as relieve some of that pre-election stress!

So line up, grab a hammer and vote with your mallets!

There is just one simple rule : 'BASH THE CANDIDATE YOU DON'T LIKE!' - easy right?

Your bashes are tabulated in real time and displayed on the National Bash Tally.

Every bash counts so what are you waiting for?

If Barack is your Buddy then rip on Romney!

If Mitt is your man then bash on Obama!

The candidate who is the least bruised and battered by the end will be the presumed victor!

So bash away good citizens and dont forget to vote on election day...

Need help? Use our Bash the Vote Walkthrough page or sign up and make your contribution today.

About Bash the Vote

Bash the Vote is a free-to-play board game developed by Outhouse Games, and is available for download on both iOS and Android devices. The app is compatible with iOS 5.0 or later on the following devices: iPhone 11 Pro, X, Xs, SE, iPhone 8, 7, 6, iPad Pro and iPad Mini. 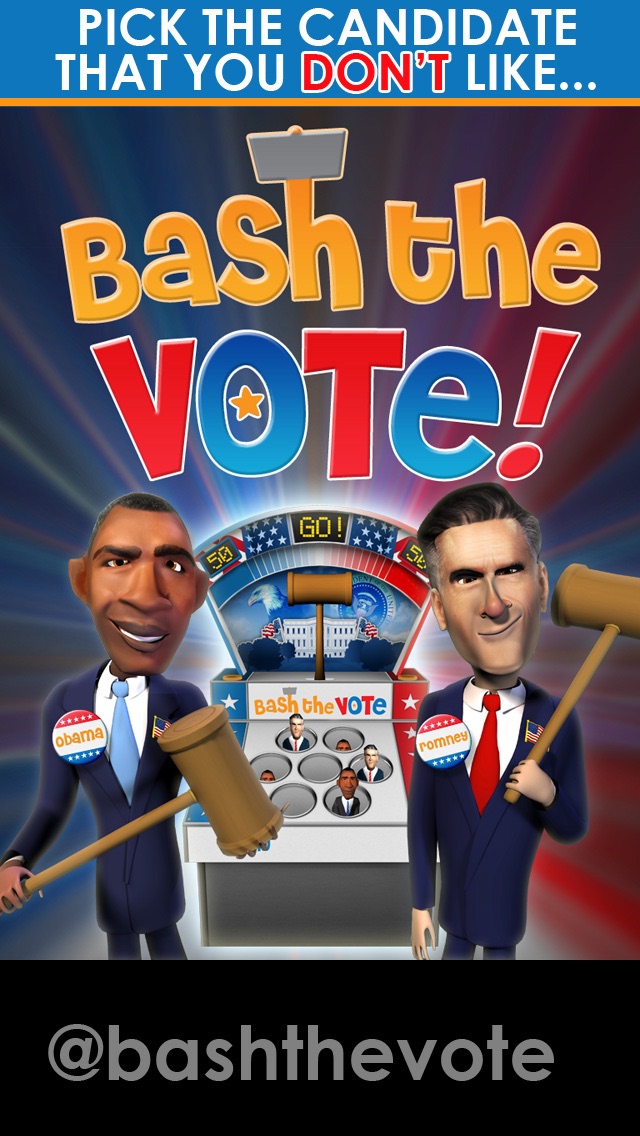 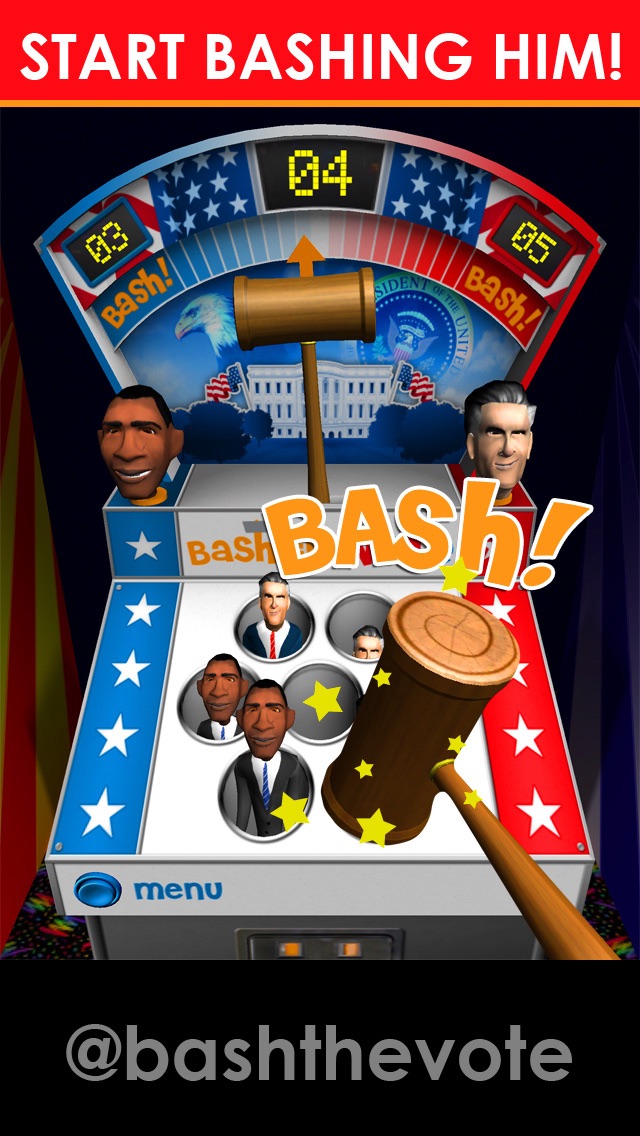 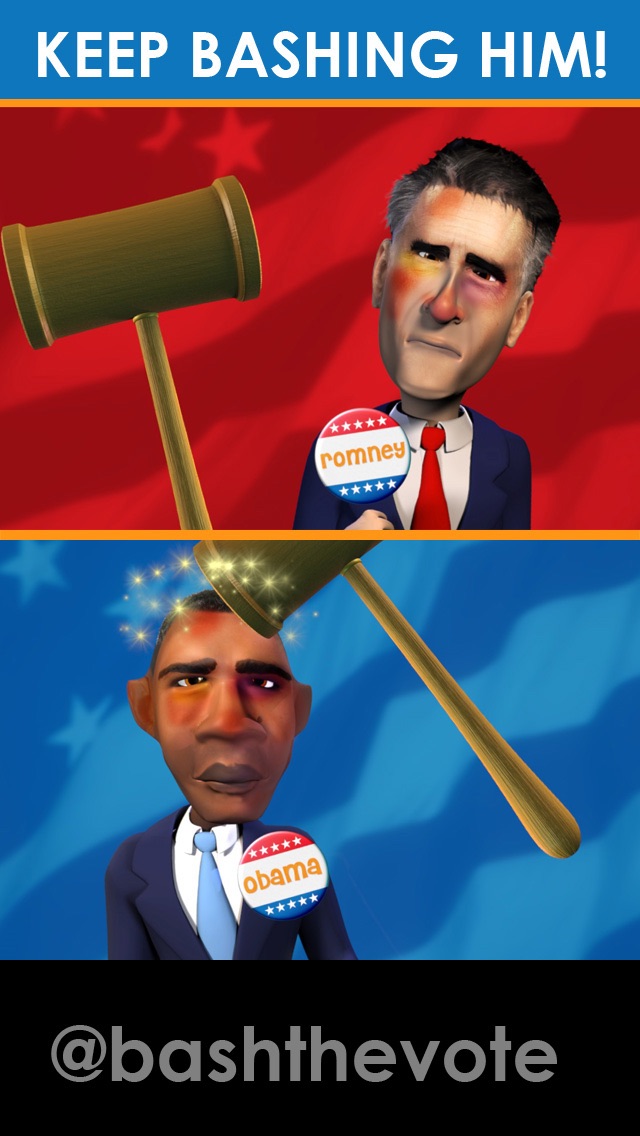 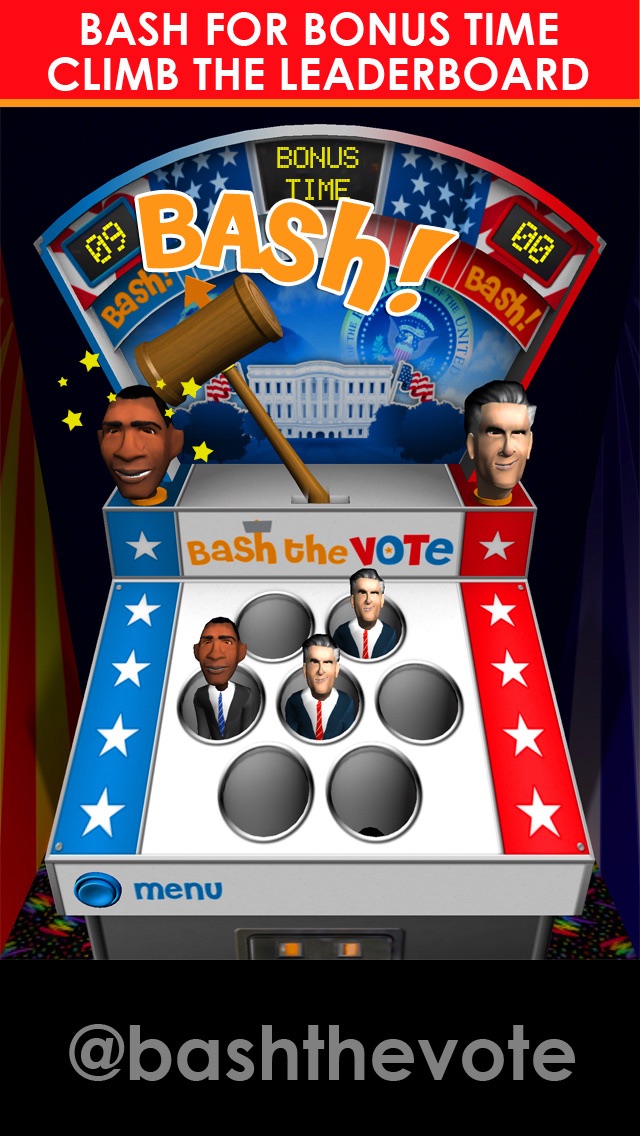