A unique volleyball experience for the sports enthusiast is now here as a mobile game!Volleyball Arena is an online fast paced 1v1 game where each second truly counts. Enjoy incredible graphics in this fresh, easy to play yet competitive volley game. Challenge your opponents to a fun, casual game, with simple, intuitive controls and engaging gameplay! Master the playing field and take pride in showing off the special characters and prizes that you’ll unlock along the way!

Pick Up and Play
Welcome to an unmatched casual approach to volleyball. Easy to learn for casual players, skill based for players who seek something more, real physics induced and power ups to make the gameplay interesting & dynamic.

Unique gameplay
Volley, smash and score! Use your hands, head, and superpowers to score points. Too far to reach the ball? Dive! Volleyball Arena offers simplistic controls to allow an easy to play experience turning it into an action packed & exciting gameplay.

Win, Upgrade and Customize your Players & Powers!
- Unlock & upgrade all the players, for the edge you’ll need to carve your path to victory.
- Take each character to the limit with exclusive items that increase their power stats.
- Collect awesome powers and destroy your opponent, while improving your own skill.

Play through Different Arenas
6 distinct and original courts with increasingly higher stakes and rewards, as you progress through your volleyball career.

From London to Beijing, travel around the world, across the globe’s hottest Volley courts, scoring the highest amount of points, in the nick of time, in this new arcade game!

Need help? Use our Volleyball Arena Walkthrough page or sign up and make your contribution today.

We are constantly improving the game for you and appreciate your support! On this update: - Exclusive daily deals to gather all your favourite players & their outfits - Out of powers? Buy them on these daily deals! - Exclusive Premium Legendary characters with better stats & even better looks! - Added chance to receive more cards from the packs! - Overall UX improvements - Bug fixes & improvements

Volleyball Arena is a free-to-play, simulation and sports game developed by Miniclip.com and is available for download on both iOS and Android devices. The app is compatible with iOS 13.0 or later on the following devices: iPhone 13, 12 Pro, X, SE, iPhone 8, 6, iPad Pro, and iPad Mini.

Click the button or scan the QR code below to download the latest version of the Volleyball Arena app on iOS. 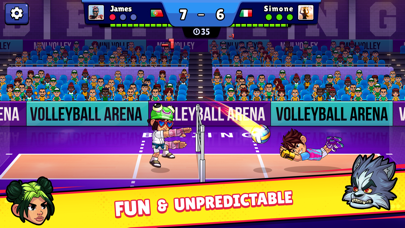 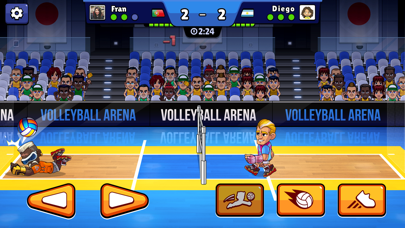 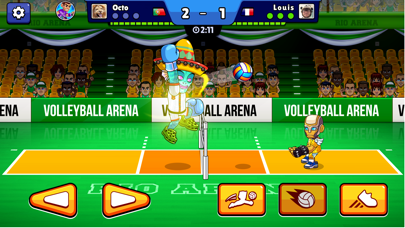 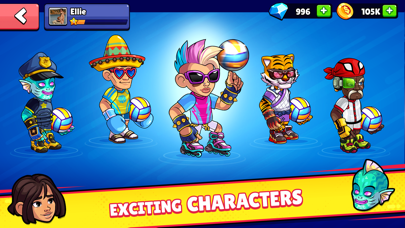 Review: Add Multiplayer It’s very good to play when i will play with my friends. So, please add multiplayer option

Review: Vollyeyball Players Best game id ever played in my life i love it😍

Review: Good game game is very good but could have the option to play with or against friends and have rank

Review: i hate power ups okay so the game is great don’t get me wrong i play it all the time, but when i’...

The app is free , but you can buy extra add-ons via in-app purchases.