Aim and shoot! It's AirShot!
Let me guess: right now you're sitting looking at your phone, maybe working or studying. Perhaps bored and passing time, or just stuck at home in silence.
It's been far too long since you last hit the court and worked up a good old sweat, am I right?

You'd go through the old familiar motions, as if on auto-pilot.
Loading up that shot, arms tensing, and then a flick of the wrists:
Swish. No basketball to play with, but your motions are on point!

The good old days flew by faster than you can shout 'travel!'.
That's youth for you. It came, now it's went.
Or so you thought...
Yet now, that imaginary basketball's back in virtual form. He shoots! He scores!
Nothing beats that sound, that classic, weirdly satisfying
SWISH!
So now you're up on your feet again, heart racing.
You're alone no longer! That's right! We get you, man!
We made AirShot: a game just for you!

There's the effortless motion recognition. The pinpoint spatial audio simulation.
And it all comes together to recreate that satisfying swish.

Once a baller, always a baller.
No matter how tough life gets, you can always AirShot that stress away!

Here's to each and every MVP out there, on the court or elsewhere!
——————————————
[How to Play]
Wear your watch according to the instructions shown to have it recognize your throwing motions, and you'll hear that old familiar swish. Nothin' but net!

1. There's a chance you'll hear a clang as you hit the rim, missing the shot. There's a whole bunch of hidden secrets...
2. On top of shooting hoops SFX, there's actual shooting SFX, whip noises, and more... We're adding heaps of new sounds with each update, and more gameplay for you to enjoy too.

AirShot - AuditoryAR is an application developed by 66Studios and released on iOS. The app is compatible with iOS 14.0 or later on the following devices: iPhone 11 Pro, X, Xs, SE, iPhone 8, 7, 6, iPad Pro and iPad Mini.

Click the button or scan the QR code below to download the latest version of AirShot - AuditoryAR on iOS. 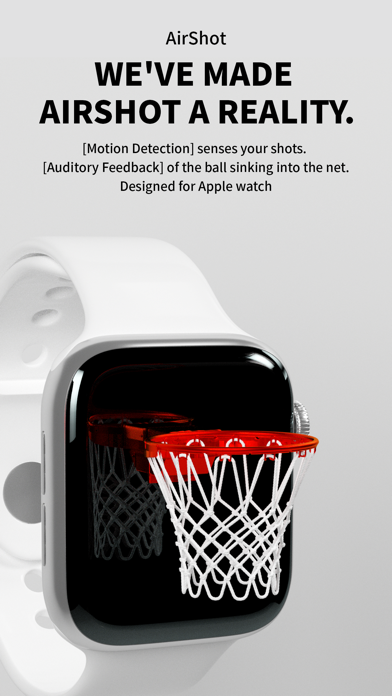 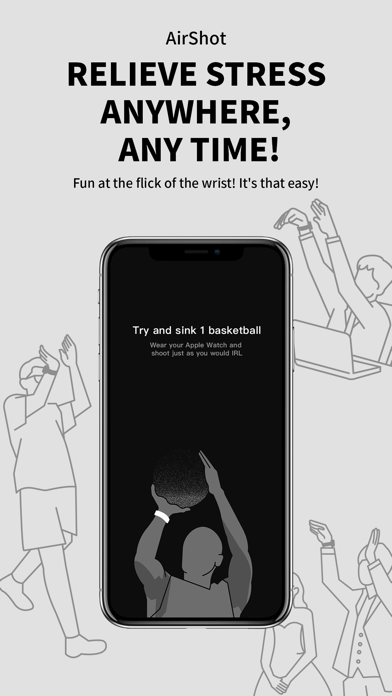 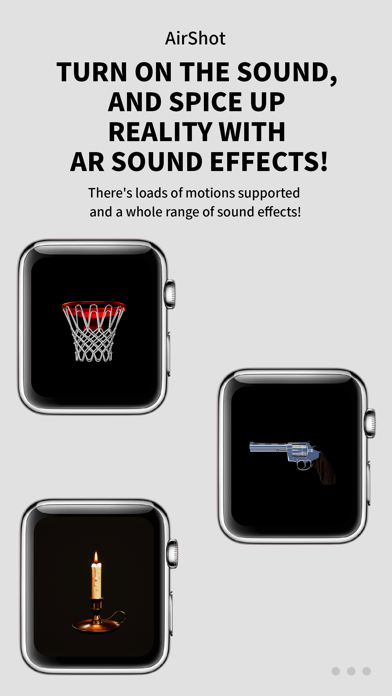 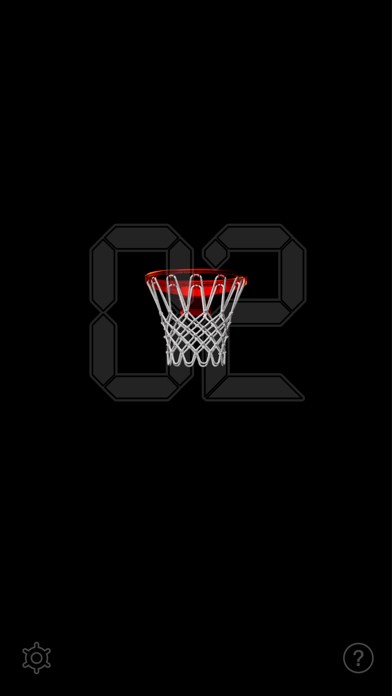