For a limited time, Bloodline is joined by Attack on Titan as Eren, Mikasa, and Levi are summoned to this new world, a place filled with creatures and technology never before seen. Will the heroes of the Survey Corps find their way back to Commander Erwin in time to take back Wall Maria? Or will they forever be lost alongside the vampire princess?
Bloodline is an anime-styled mobile role-playing card game with an emphasis on deep character leveling and customization, allowing for a roster of heroes that is distinctly unique to each player. The story follows the Last Royal Vampire Lilo.I and her companion Ron in their quest to save their loved ones from a militaristic order called the Holy Land.

Meet Lilo, an ancient princess, and the last royal vampire in the world. Help this young bloodsucker and her friends fight against a religious order of monsters hunters called the Holy Land on a quest to exterminate all heretics and heathens. Build your squad of warriors, heroes, and fantastical creatures to defeat exorcists, hunters, as well as vicious demons, and many powerful beings pulling the strings from the shadows. Let your modern, slice of life, vampire highschool adventure start here today! Assemble, customize and infinitely enhance over 300 heroes as you do battle in an extraordinary combination of ultra-competitive PvE, PvP, and Guild vs. Guild gameplay! This will be the truest test of your strategic abilities, so take up the challenge and join the ultimate anime-action RPG!

-OVER 300 CHARACTERS TO COLLECT-
From valiant knights, demonic warlords, to maniacal jesters and minigun-toting waifus, there’s a mind boggling array of heroes to unlock and evolve, with more new characters always on the way! Think you can unlock them all?

-CHARACTER GROWTH & PROGRESSION-
Level up your characters by taking them into battle and feeding them powerful upgrade materials. Evolve and awaken them with Job Changes, Fate Links, Tarot Cards, and Mystic Formations to unlock their true powers!

-EASY TO PLAY, HARD TO MASTER-
Send your heroes in to destroy your enemies with simple taps and swipes! Unleash the fury of their arcane abilities to take down tough bosses with spectacular effects and explosions!

-ADAPTED FROM THE POPULAR MANGA-
Enjoy a fully fleshed out story based on the popular manga of the same name, following the adventures of Lilo and her friends as they uncover dark secrets and the forgotten memories of the vampire bloodline.

-PERFECT YOUR STRATEGY-
Carefully craft your squad to effectively counter enemy forces and know when’s the best moment to attack or defend! Pay close attention to elemental attributes and character types to counter bosses and keep your teams healthy and buffed in battle.

-BLOODY COMPETITION-
Claw your way through other players in a multitude of PVP features like the Arena, Tower of Fate, as well as giant Guild Battles, and live cross-server Wars! Who will end up as the Champion of Bloodline?

-PLAY MORE, GRIND LESS-
Thanks to features like Auto Battle, Raid, and Auto-Mine, Bloodline allows you to devote more of your time to managing your squad and fighting off the Holy Land. Clear stages and progress through the game effortlessly while earning all the items and materials to level up your fun!

TERMS OF SERVICE:
Please read this Terms of Service Agreement and our Privacy Notice before using our services as they govern the relationship between you and Crunchyroll.

Need help? Use our Bloodline: Last Royal Vampire Walkthrough page or sign up and make your contribution today.

Bloodline: Last Royal Vampire is a free-to-play adventure game developed by Crunchyroll Games, LLC, and is available for download on both iOS and Android devices. The app is compatible with iOS 10.0 or later on the following devices: iPhone 11 Pro, X, Xs, SE, iPhone 8, 7, 6, iPad Pro and iPad Mini.

Click the button or scan the QR code below to download the latest version of Bloodline: Last Royal Vampire on iOS. 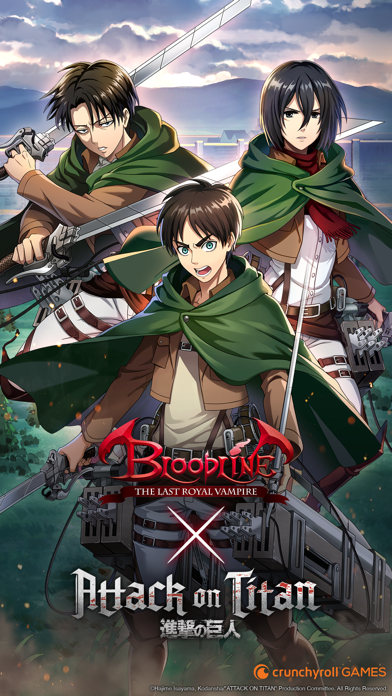 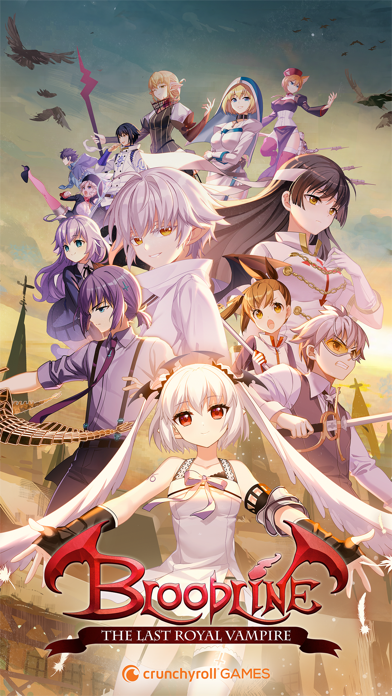 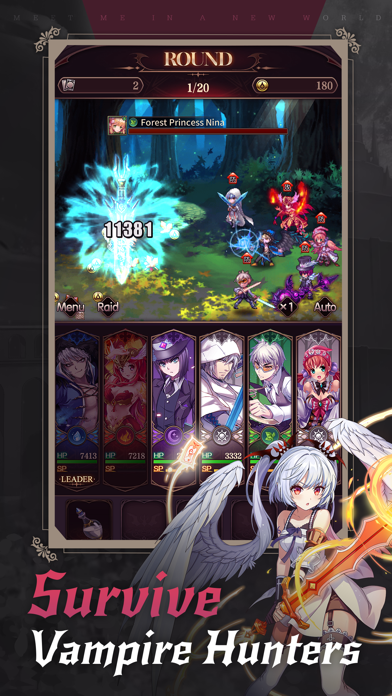 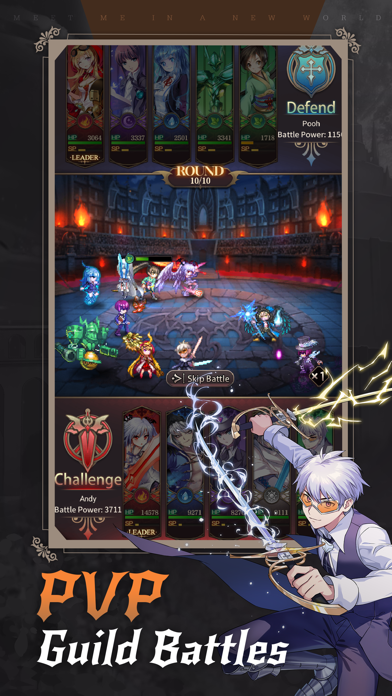