Qirkat – also known as alquerque – is a board game that was popular in Medieval Spain, played by kings and queens and caliphs and commoners alike. Although it evolved into other popular games like checkers, qirkat itself was largely forgotten – until now. Play against another human or the AI – or watch the AI play itself. Includes documentation, move suggestions, analysis tools, and three short stories.
Rules:

- Whichever player runs out of moves (or pieces) first, loses.
- You can only move forward or sideways onto a free point.
- You can't move a piece back to a point it's already occupied.
- But you can jump over your opponent's pieces in any direction.
- In fact, you have to jump if you can.
- Multiple jumps are possible.
- That's it!

Need help? Use our Qirkat Walkthrough page or sign up and make your contribution today.

Qirkat is a board game developed by Jonathan Huston and is available for download on both iOS and Android devices. The app is compatible with iOS 14.0 or later on the following devices: iPhone 13, 12 Pro, X, SE, iPhone 8, 6, iPad Pro, and iPad Mini.

Click the button or scan the QR code below to download the latest version of the Qirkat app on iOS. 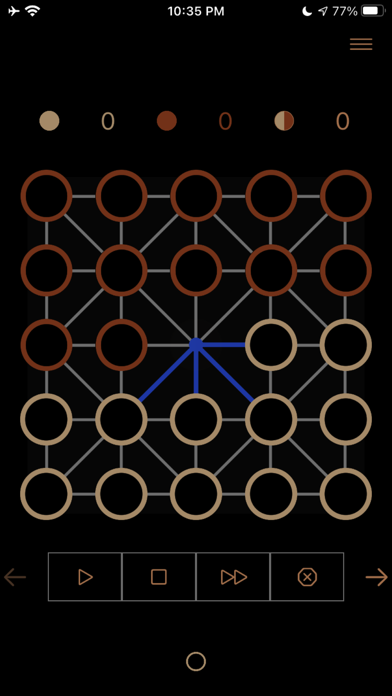 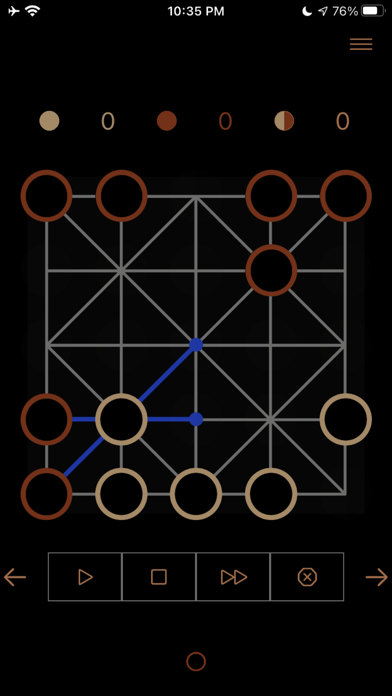 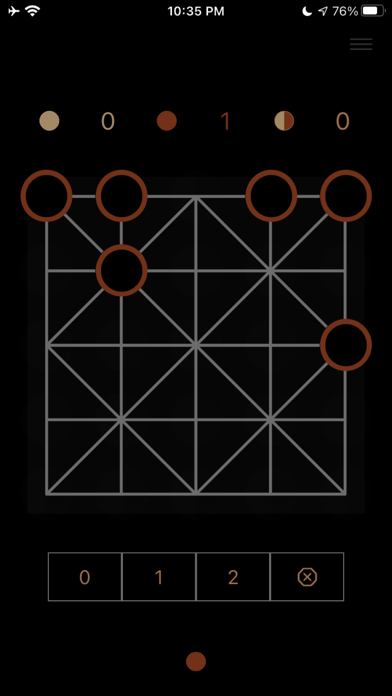 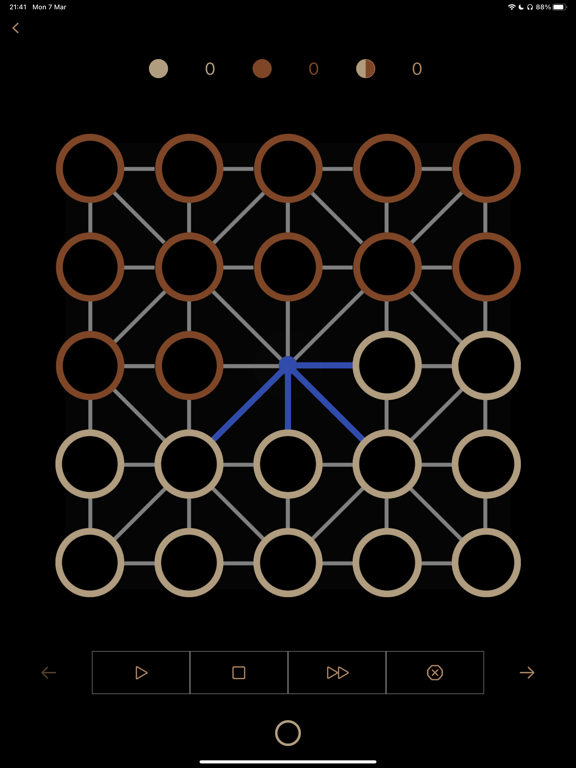 Qirkat has 0 reviews across all iTunes Stores.