Skirmish : Normandy 44 is a turn-based strategy war game focusing on the D-Day US landings on Utah beach, Normandy, France on the 6th June 1944.
The Allied D-Day landings combined a parachute drop by the 82nd (All American) & 101st (Screaming Eagles) Airborne Divisions with an amphibious assault on 'Utah' beach by the US 4th Infantry Division. The landings came ashore at the wrong place but met weaker German defenses. The heaviest fighting took place inshore where badly scattered paratroopers gradually gathered in small groups to make for their objectives.

Presented in the style of a digital boardgame with hex maps & squad-level counters to represent the combat. Dice rolls(d10) are used to resolve choices based on unit stats (such as skill or firepower.) The game takes care of all the computations for you such as Line of Sight, armour defence, suppression, smoke defence, etc., so you can focus on the tactical actions.

Implementing a morale/suppression/reduction system to reflect battlefield stress and units being pinned down. This allows you to use the infantry tactics Find/Fix/Flank to good effect.

Utilising an action points (AP) mechanic for units that allows players to perform tasks such as movement or firing, turning, laying smoke, etc.

An optional fog of war (FOW) can be set for each scenario that can hide enemy counters out of visual range. Additionally, a line of sight (LOS) system can conceal enemy counter details from view and stop them from being targeted even if seen.

Before starting the first turn there is a Setup Phase to allow counters to be rearranged within areas of the map. You can even add additional counters or place in non-entry hexes.

A 18+ page online manual is available detailing the gameplay & computations.

Need help? Use our Skirmish 1944 Walkthrough page or sign up and make your contribution today.

Skirmish 1944 is a strategy game developed by anthony saunders and is available for download on both iOS and Android devices. The app is compatible with iOS 12.0 or later on the following devices: iPhone 13, 12 Pro, X, SE, iPhone 8, 6, iPad Pro, and iPad Mini.

Click the button or scan the QR code below to download the latest version of the Skirmish 1944 app on iOS. 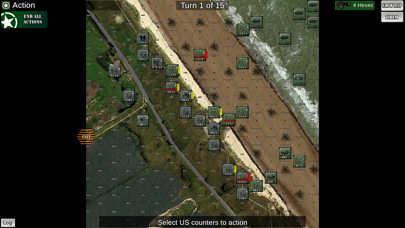 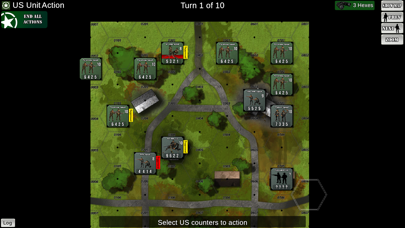 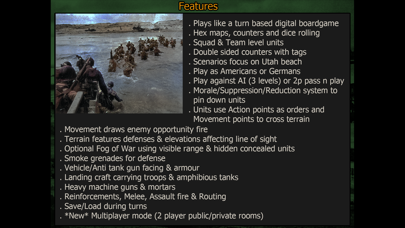 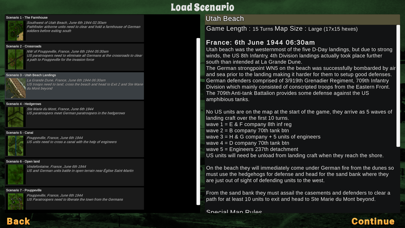 Review: Lewis Game is great! Update fixed issues! Anybody who used to play Avalon Hills Squad Leader will love it! Love to...