In The Day We Fought Space, a wreck ‘em up with spiraling chain reactions, fight your way through enemy territory while reclaiming earth. Use physics to your advantage as you create dynamic and powerful chain explosions that send enemies into a tailspin. Strategize and respond to the environment and enemies around you, while destroying everything in sight.In a game more about reaction than rehearsal, upgrade and personalize your ship to best suit the mission at-hand and your playstyle. Relish in the spectacle of zany weapons such as the ice laser, orbital blades, wrecking ball, and more as you pummel your enemies.

Level up as enemies and weapons consistently evolve in this procedurally generated world. Use the precise two-handed controls to adapt quickly, minimizing damage and maximizing opportunities. In this sidescroller, feel the visceral satisfaction of taking your enemy down and immerse yourself in an adrenaline-pumping thrill of embarking on a new expedition and reclaiming the world.

Features:
• Dozens of wacky and destructive weapons to customize your spaceship ranging from zany pinball launchers to wrecking balls
• Fight enemies on three diverse worlds, each with their own environmental challenges
• Create mass destruction with physics-powered, spiraling chain reactions that cause a domino effect to bring your enemy down
• Highly tactile two-handed control scheme, designed for visceral immersion and pinpoint precision
• Procedurally generated missions challenge players to react and adapt
• Retro-futuristic art style that pays homage to the golden age of sci-fi comics and pulp novels
• Diverse cast of characters tells the story of the human race reclaiming earth
• Gritty, fast-paced soundtrack by band Venus In Furs

Need help? Use our The Day We Fought Space! Walkthrough page or sign up and make your contribution today.

About The Day We Fought Space!

The Day We Fought Space! is an action game developed by Tursiops Truncatus Studios, and is available for download on both iOS and Android devices. The app is compatible with iOS 11.0 or later on the following devices: iPhone 11 Pro, X, Xs, SE, iPhone 8, 7, 6, iPad Pro and iPad Mini.

Click the button or scan the QR code below to download the latest version of The Day We Fought Space! on iOS.

The Day We Fought Space! Screenshots 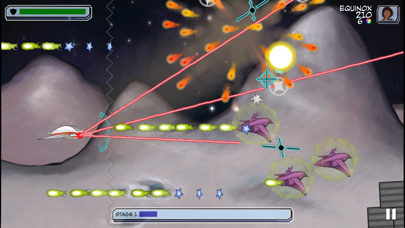 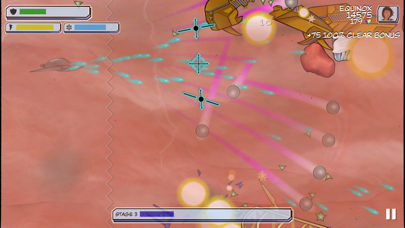 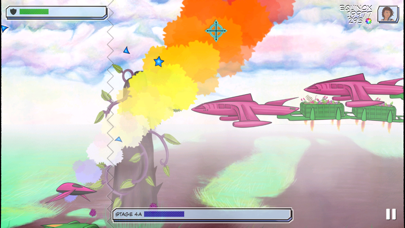 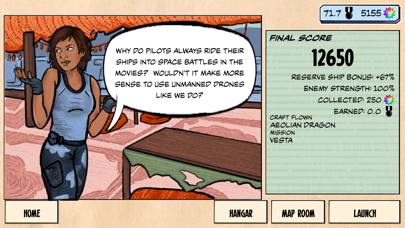 Review: Beautiful artwork and sound I like the look of it, the sound of it, and of course the retro scroll gameplay of it.

Review: Gorgeous graphics and super fun gameplay It’s been fantastic watching this game go through development, and the end result is well worth the wait. Amazing...

The Day We Fought Space! Add-Ons