T3 Arena is an all-new, fast-paced hero shooter. Team up with your friends in 3v3 games, and battle in the Arena anytime, anywhere. Powerful heroes with their own personality, exciting multiplayer game modes, and easy assist options are all waiting for you to discover.

‣ Team? Solo? Your Choice.
Battle with friends in a variety of multiplayer 3v3 game modes and maps. Join forces and create your own team strategy at T3 Arena. Or, go solo and win the game like a star!

‣ Cool Heroes. Pick Your Play Style.
Unlock, collect and battle with heroes with a variety of abilities and ultimates. Play your game in short-range, or shoot at your long-range target.

‣ Super Many Game Modes.
Play T3 Arena in a variety of multiplayer game modes. New game modes are made available in The Lab session, where you can try and experience competitive shooter games with your team.

‣ Console-Quality. Not Kidding.
Ultra-stylish graphics and detailed character animations. T3 Arena is the ultimate hero shooter experience in the palm of your hands. Period.


MIGRATE FROM YOUR OLD GAME

T3 Arena is easy-to-play. You will be able to pick up the game in no time. With its free-to-play mechanism, you will find the game easy to start. Mastering the game takes a bit more time, but so are other competitive games.

Whether you come brawling from other MODA games, or feel interested because you're a fan of mobile fps shooters, T3 Arena is your new hero shooter game. Join T3 Arena early and grow with us together. Become part of something small, yet big.

‣ Team Deathmatch (3v3)
Go toe-to-toe with another team. The first team to get 20 eliminations wins the game!

‣ Crystal Assault (3v3)
Attack or defend? Figuring out a team strategy isn't easy, but it sure is fun! Keeping your crystal from shattering will be a daunting challenge.

‣ Control (3v3)
A real measure of your team co-op strategy! Take control of a point on the map and hold it until 100% to win the game.

‣ Payload Race (3v3)
Both teams have their own payload to escort, making this mode a hectic race to the finish!

‣ Free-For-All (Solo)
Dive into chaos and come out on top! Six heroes go head-to-head in a battle for personal glory. The first to reach 12 eliminations wins!

‣ Payload Escort (3v3)
Both teams focus on the same payload. If the attackers push the payload to its destination before time runs out, they win; if the defenders stop them, they win instead!

‣ Clash (3v3)
A best-of-five game mode. Clash is the most competitive game mode yet at T3 Arena. In Clash mode, you will not respawn during each match. So be careful which hero you pick!

‣ Fast-paced matches. Don't worry about being sucked in for half an hour per match.

‣ Action-packed shooter experience. You won't be wandering around doing nothing.

‣ Amazing heroes. You'll be shocked by the variety of looks and ability combos.

‣ Easy to play. You'll get into the game in no time, and start your battle with teams and friend.

‣ Voice chat. Communicating with your team is key to winning.


T3 ARENA offers the most intense and stylish multiplayer hero shooter experience on mobile. Join the game now and grow with the T3 Arena community. Be part of something small, yet big!

Need help? Use our T3 Arena Walkthrough page or sign up and make your contribution today.

T3 Arena is a free-to-play, strategy and action game developed by XD Entertainment Pte and is available for download on both iOS and Android devices. The app is compatible with iOS 10.0 or later on the following devices: iPhone 13, 12 Pro, X, SE, iPhone 8, 6, iPad Pro, and iPad Mini.

Click the button or scan the QR code below to download the latest version of the T3 Arena app on iOS. 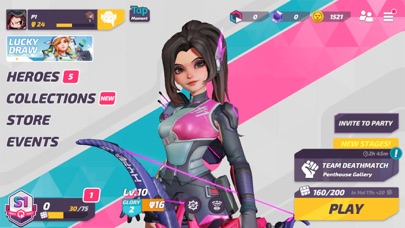 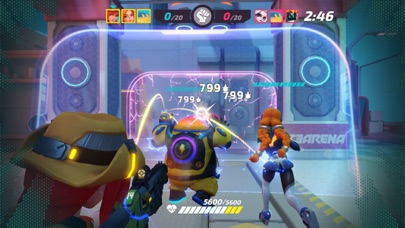 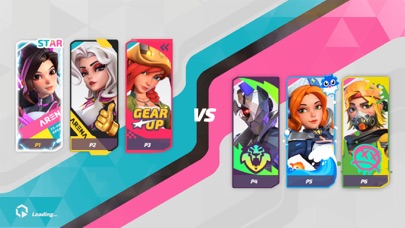 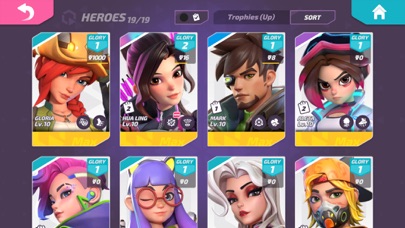 Review: :) Like, actually really really fun. As a plus, no forced ads or micro transactions

Review: I think I think you should support the use of Bluetooth with controler and change the ceybinds

By best app over all

Review: So much fun! If u r someone who likes having some small fun and time to kill then this is a really good...

The app is free , but you can buy extra add-ons via in-app purchases.