The Company of Heroes Collection combines the critically acclaimed World War II game and its two exhilarating expansions into one fully loaded, real-time strategy package. Take command on both sides of the Battle for Normandy, mastering fast-moving combat and advanced squad-based tactics on the explosive battlefields of northern France.
In Operation Overlord, lead the US Army's Able Company during the D-Day landings, and spearhead the charge from the beaches of Normandy. Then, direct US, British and German forces alike in the Opposing Fronts and Tales of Valor expansions, with new campaigns as well as diverse new factions to command in the hugely replayable Skirmish mode.

ALL PRESENT AND CORRECT
From the classic Company of Heroes campaign to the Opposing Fronts and Tales of Valor expansions, this is the complete package without compromise.

FROM D-DAY TO THE FALAISE POCKET
Command both Allies and Axis forces in 38 challenging missions based on pivotal moments that shaped the course of World War II.

STRATEGY WITHOUT LIMITS
No timers, hidden costs or in-app purchases — get every moment of tension-packed, tactical action from the word go.

TAILORED FOR TOUCHSCREEN
Tailored to and optimised for iPhone and iPad, the Company of Heroes Collection puts an intuitive interface front and centre, for total touch control in the heat of battle.

Need help? Use our Company of Heroes Collection Walkthrough page or sign up and make your contribution today.

• Fixes a number of minor issues

About Company of Heroes Collection

Company of Heroes Collection is an action game developed by Feral Interactive, and is available for download on both iOS and Android devices. The app is compatible with iOS 14.2 or later on the following devices: iPhone 11 Pro, X, Xs, SE, iPhone 8, 7, 6, iPad Pro and iPad Mini.

Click the button or scan the QR code below to download the latest version of Company of Heroes Collection on iOS. 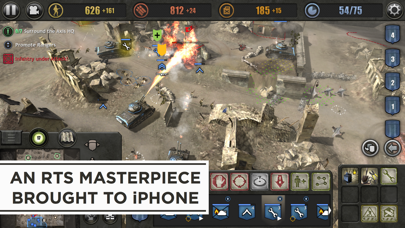 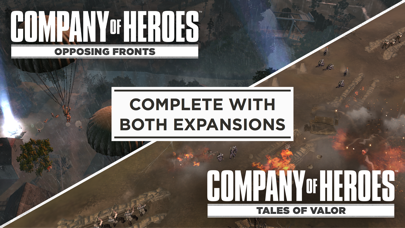 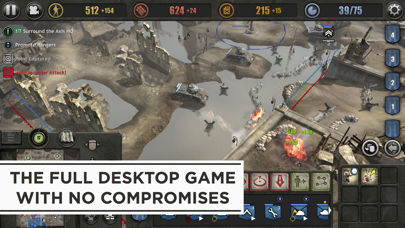 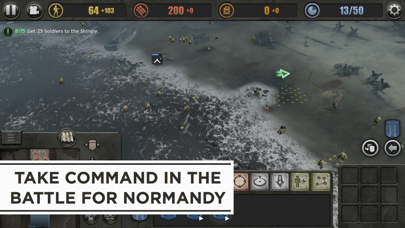 Review: Very good The game is rich in content but expensive, so we can only chew bread next month.