Full-featured old-school fantasy RTS. No boosters. No timers. No pay-to-win. Battles 10-20 min. Campaign of 26 missions, online PvP and PvE. Support for Wi-Fi multiplayer and modding.
• Medieval castles with walls of stone and wood!
• Build catapults and other warcraft to break the walls!
• Archers, melees and cavalry are ready to defend your stronghold.
• Naval battles, transport ships and fishing boats
• Capture and protect resources and strategic positions

This is an indie game in active development. Share your ideas in socials and contact me directly! All links in the main menu.

Features:
• Campaign of 26 missions with different gameplay mechanics
• Multiplayer (Wi-Fi or public servers) with spectator mode, in-game chat, reconnection support, team play with or against bots, sharing units with teammates PvP and PvE maps. Cross-play with PC and other platforms.
• In-game library of more then 4000 PvP and PvE missions made by players. Share your levels and promote among the community!
• Autosaves and replay recording system (should be enabled in settings)
• Level editor allows creating own game modes, campaign missions (with replicas, dialogs, and many triggers bringing experience close to visual scripting)
• Walls that are destroyable only with siege equipment and giving bonuses to defenders
• Battle and transport ships, fishing boats, building across the map and resource capturing
• Full support for portrait orientation on smartphones, different ways to select army, minimap, control groups, autosave system

• Cheats as an essential part of any old-school RTS game are also presented in SiegeUp! (can be disabled in settings)
• Experimental Pier-To-Pier game via internet, proved to work on iOS (see guide on official wiki)
• Experimental cross-platform modding support (see sources in official repo)

Hi! I'm Denis, the developer of SiegeUp. I was working on it for the last 4 years, in my free time after work in the beginning, trying now to make this project my main job. My goal is to make a balanced RTS to play on different platforms and bring new players to the genre. I also feel that the concept of walls and sieges has not been fully developed in RTS games. Walls in SiegeUp allow bringing opponents closer to each other while keeping pace and diversifying the landscape. I keep working on updates very actively, according to the plan, 2 more races and tech tree to come by the end of the year. So, wish me good luck!

Need help? Use our RTS Siege Up! Walkthrough page or sign up and make your contribution today.

About RTS Siege Up!

RTS Siege Up! is a strategy game developed by Denis Zdorovtsov, and is available for download on both iOS and Android devices. The app is compatible with iOS 11.0 or later on the following devices: iPhone 11 Pro, X, Xs, SE, iPhone 8, 7, 6, iPad Pro and iPad Mini.

Click the button or scan the QR code below to download the latest version of RTS Siege Up! on iOS. 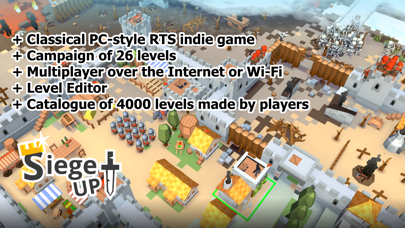 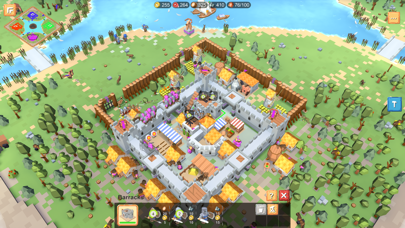 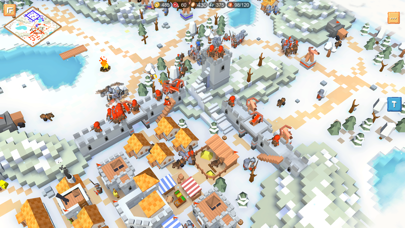