A guy who drives a rust bucket cannot repay a debt to his friend and decides to become a blogger. He is denied a loan for a cell phone and borrows it from a friend. This is his last chance to make it out of the slums.
- Grab your friend’s phone and try to record something.
- If it works out, you might be able to buy a new phone and finally get some decent clothes.
- The rust bucket of yours is barely starting, scrap it or drive it to the auto repair shop.
- Maybe one day you’ll get enough money to repair your house. It’s hard to sleep with the wind from those cracks in the walls.
- But for now, just take the garbage out.
- And move away from the nearby factory.


This is a casual singleplayer life simulator game about the idle vlogger Lamar - in a cool business clicker genre!

Lamar lives in a real trash city, drives an old rusty junk car, can afford only one discounted egg for breakfast, looks like a stickman, spends his evenings in a local bar and dreams about real success.

Lamar doesn't want to be an average manager or roller courier and dig down his talent.

So he decided to start his own blog and make big money to become a top idle blogger, best life streamer and the most famous tuber in the world!

Click, tap, make money. Start living like other top vloger heroes, move to a big city to develop your own business and eat more than just one egg per day.

Merge productivity with pleasure: work hard and party even harder! Build your own career, get rich to achieve true success and become a billionaire with your own DigDog Inc. corporation!

Upload your idle videos on the internet, engage with millions of subscribers and upgrade your life vlog.

So Lamar won’t have to work on his uncle’s ranch doing some farming again.

Or try as a miner in a local coalpit to mine once more.
Or return to the factory for reduced salary.
Or get settled as a park entrance security as he used to be.

So there won’t be any success story.

Now Lamar has nightmares that he is not a blogger but a prisoner in local jail.
So upgrade Lamar from the average streamer to rich video hosting tycoon.
Make all DigDog Inc videos go viral to become real star and celebrity.

And move on development your inc business.
We have a business simulator here, though.

Build your own tap empire like a real capitalist does.
Check out Lamar’s adventure and watch for his social evolution in this cool life sim business clicker!

Need help? Use our Lamar - Idle Vlogger Walkthrough page or sign up and make your contribution today.

Lamar - Idle Vlogger is a free-to-play simulation game developed by Advant Limited, and is available for download on both iOS and Android devices. The app is compatible with iOS 14.0 or later on the following devices: iPhone 11 Pro, X, Xs, SE, iPhone 8, 7, 6, iPad Pro and iPad Mini.

Click the button or scan the QR code below to download the latest version of Lamar - Idle Vlogger on iOS. 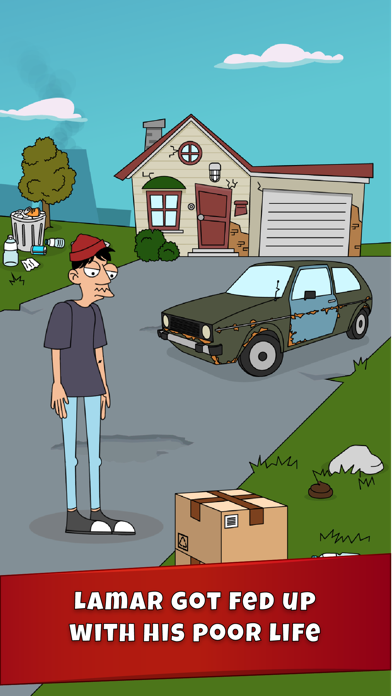 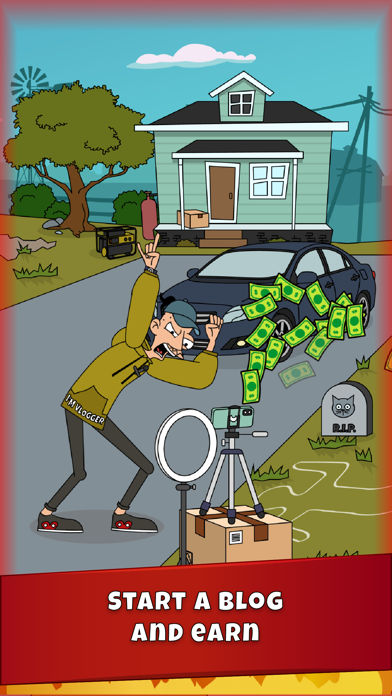 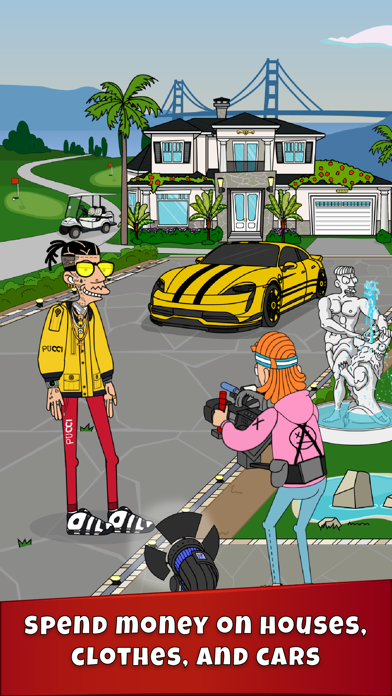 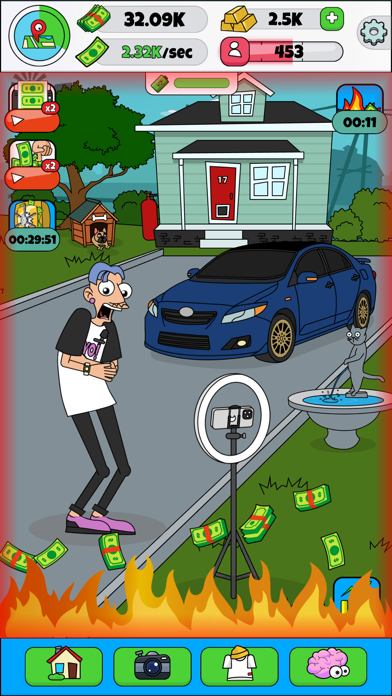 By make another lamar game NOW!

Review: NO ADS FORCED!!!! Great Idle game for people who hate ads, but love idle games! It is true! No ads are forced!

Review: Great app to burn time Wow, I gotta say that this is one my favorite idle games to play. The upgrades are very exciting and...